Bergün to the Es-cha Hut

Lift assistance then a stunning ridge traverse and descent, with a long climb to follow

Before embarking on this route, check the lifts are running and if possible be on the first one. This is in 3 stages, to the top of the lift system.

There follows a stunning traverse, up and over Piz Darlux, down slightly to a col, then about another kilometre along an exposed and beautiful ridge, to the Tschimas de Tisch, at 2870m. When we were there conditions were unsuitable so we took an alternative, with no lifts, up the Ava de Tuors valley to the N, then heading S up the valley from Tuors Chants, to rejoin the standard route.

The descent from the Tschima de Tisch is often very good snow, softened by the morning sun, over a snow-covered lake, to the valley at about 2170m. However it is quite a steep slope, so you will need to carefully weigh up the conditions to be sure you think it is safe.

An alternative, if you think this descent is unsafe, might be to descend off the long ridge much earlier, near to its low point at about 2600m. If you take this route you will skirt around the shoulder N of Piz Fregslas. This drops you into the same valley that leads up to join the marked route.

From here it is a long but gentle climb over the Fuorcla Pischa. The hut is only 300m below the col, but it is mainly a traverse so try not to lose too much height. The Es-cha Hut feels very remote and has a reputation for being very hospitable. 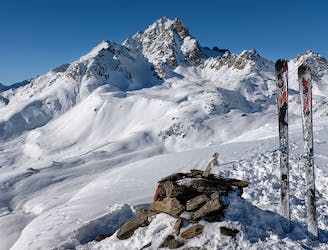 A mellow day with a choice of route options 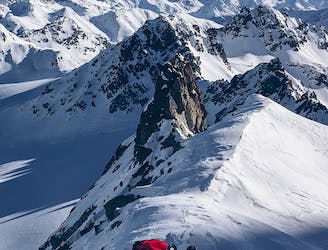 An up and over day, with a technical scramble to a col and an optional climb up the biggest peak in the area 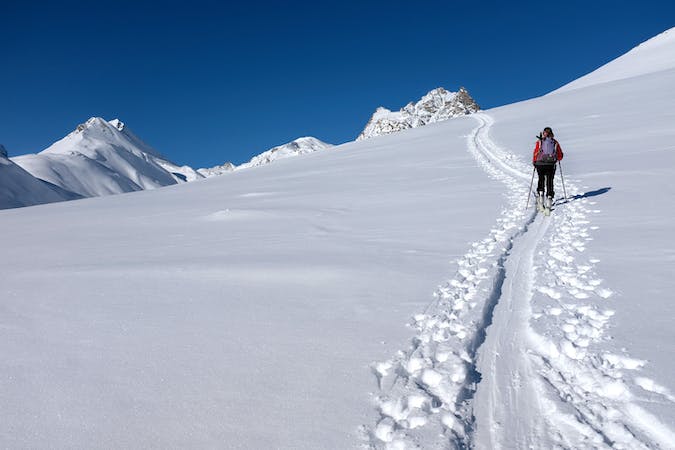