This is arguably one of the most famous days on the Haute Route, the crossing of the 'Plateau du Couloir'. Stable conditions are essential, and even then the crossing will require ski mountaineering skills, the use of crampons and a rope being essential for the vast majority of parties.

From the Valsorey hut climb north east under the Combin de Valsorey, as the slope starts to steepen create a ski depot early as the slopes above are steep. 45-50 degrees and you will need to proceed on foot. Climb the steep slopes directly aiming to the left of pt. 3662, the entry to the Plateau du Couloir is often corniced but is usually outflanked slightly further to the left. From the flat plateau head south east and then east again to ski a short steep pitch to join the Glacier du Sonadon. Continue to the east to reach the Col du Sonadon, which often requires skinning for a short distance.

From here its tempting to descent the glacier directly, but large cliffs and icefalls are lurking just out of sight. Instead, head south east towards the Grand Tête de By sweeping around in an arch under the Col d'Amiante to reach the Glacier du Mont Durand. Follow it's right bank until and exit on the right is possible at ~2700m. Make a traverse to access a bench and small ridge overlooking the Grand Charmotane. Swing to the south east skiing a few pitches down to contour the Chanrion Gorge, before crossing the steam and skinning north to the Chanrion Hut. 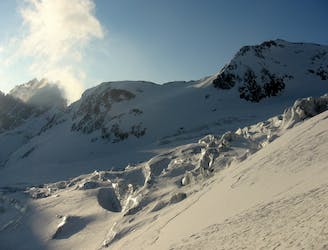 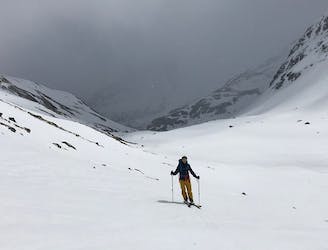 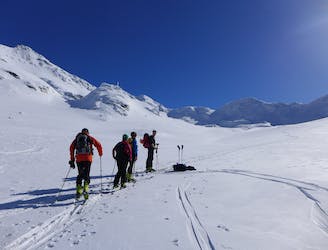 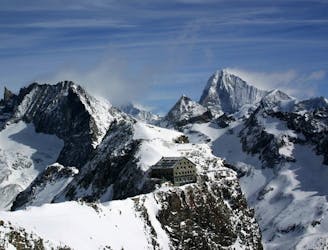 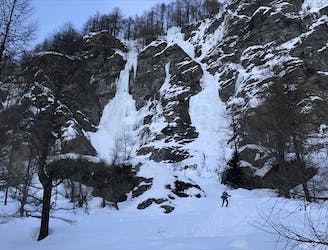 A big day into the wilderness again, up a huge glacier. 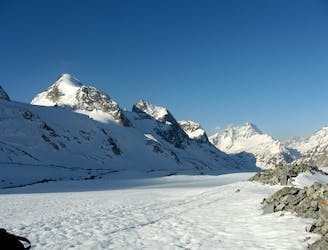 An uphill segment up a glacier of Himalayan proportions 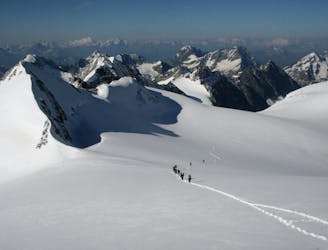 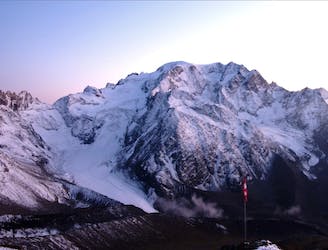 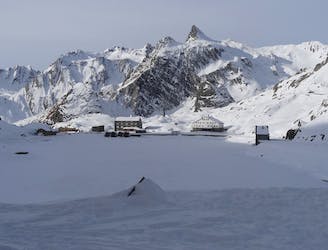