Starting only slightly below the summit of the Ben, you’ve got a fantastic 650 metres of skiing ahead of you all the way down to the CIC Hut through alpine-like scenery

Arguably the crown jewel of the Grade I gullies on the north face of the Ben, with the chance to ski almost straight from the summit of the Ben and a fantastically exposed pitch above the Tower Scoop - Tower Gully isn’t one to miss!

The top of this gully is a wide open funnel that soon narrows in its lower section to give some fairly technical skiing. The main thing to note with this gully is that the entirety of Tower Gully is exposed below by the Tower Scoop, a large cliff band large enough to hold some fantastic ice climbing routes on it; you don’t want to go over the top of this cliff band!

After making a few turns in the slightly narrower sections of this gully, you’ll then be out into Observatory Gully, where you’ll need to make a skier’s right hand traverse across to the bottom of Gardyloo Gully to avoid skiing off the top of the Tower Scoop.

Once the traverse has been made, you’re then in the stunning amphitheatre of Observatory Gully where you’re free to open out the turns and maybe even become the envy of a few climbers who have only their feet to trudge all the way back to the CIC Hut!

This route is usually accessed from the CIC Hut by climbing one of the shorter gullies up, such as Number 4 Gully and then following the rim on the north face up to reach the summit of the Ben.

If you are of a high enough climbing level then you can couple this fantastic ski with a climb of Tower Ridge (the longest ridge climb in the UK), thereby completing the ’Tower Double’ which makes for a 5 day spent ski mountaineering in the Highlands. 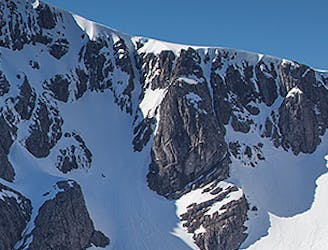 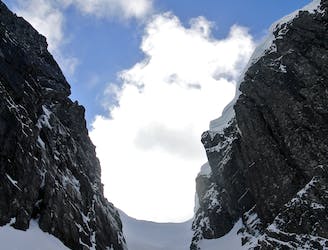 This is one steep and poker straight gully! 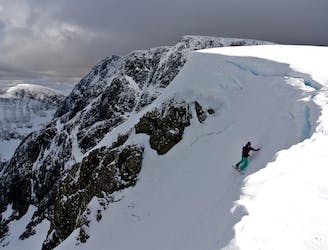 A great introduction to skiing on the north face, yet still requiring strong technical abilities 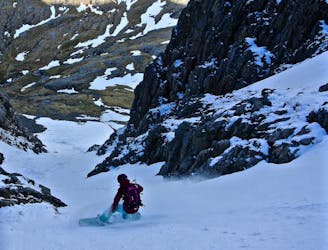 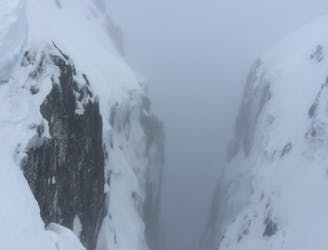 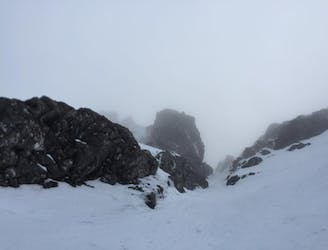 A great pairing with South Castle Gully, if steep and extreme is your aim of the day. 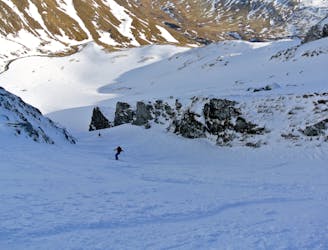 A fantastic way to get way out of the resort boundaries and down into a wild and remote corner of Aonach Mor/Aonach Beag. 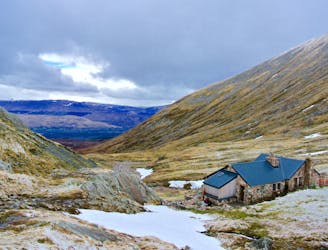 The north face of Ben Nevis hosts some of the finest steep skiing in the Highlands, with a huge range of routes accessible straight from the doors of the CIC Hut 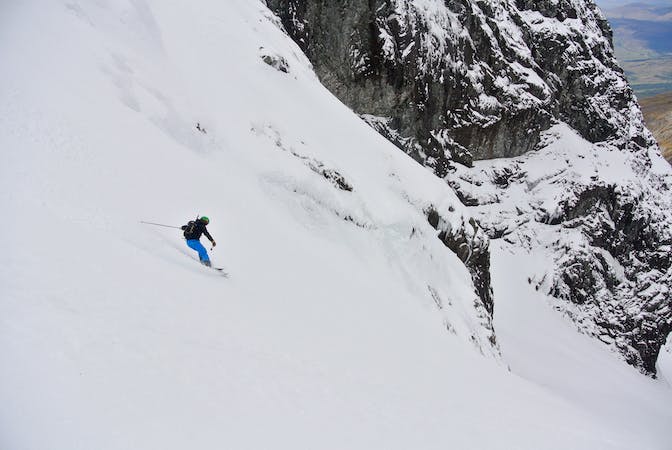 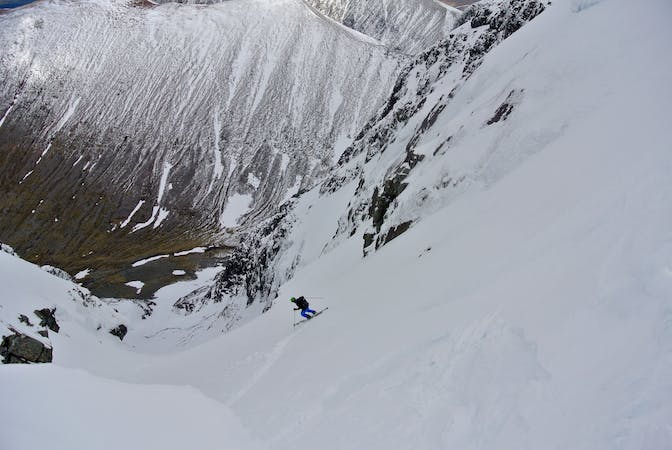 The Definitive Guide to Skiing the Ben Nevis Gullies