Two long ridgetop traverses on one of the southernmost segments of the Pinhoti.

This segment of the Pinhoti Trail is a backpacker's dream. Just a short drive from Sylacauga, the trail follows two long ridgetops, offering plenty of views along the way. Stage vehicles at either end and hike what many would consider one of the easier portions of the 330-mile long Pinhoti.

As you head north from the Trammel trailhead, pay close attention to the blazes as the path frequently switchbacks its way to the first ridge. The winter views along this portion are phenomenal as the trail begins to showcase the rocky landscape that makes up much of the Pinhoti.

North of Bull's Gap, the trail abruptly winds its way atop another ridge where it remains for the latter half of the segment. Heading due north, singletrack and two-track again intermingle, often providing some partial views to the valleys below. This section is particularly peaceful at night and during a full moon, one could even follow the trail without a headlamp.

The final portion of this segment passes the historic Horn Mountain Fire Tower just to its west. Leaving the ridge with haste, the path follows a series of switchbacks then skirts around a small pond. Here, the Pinhoti begins to showcase its twisting and winding nature, something that only becomes more prevalent the further north you get. 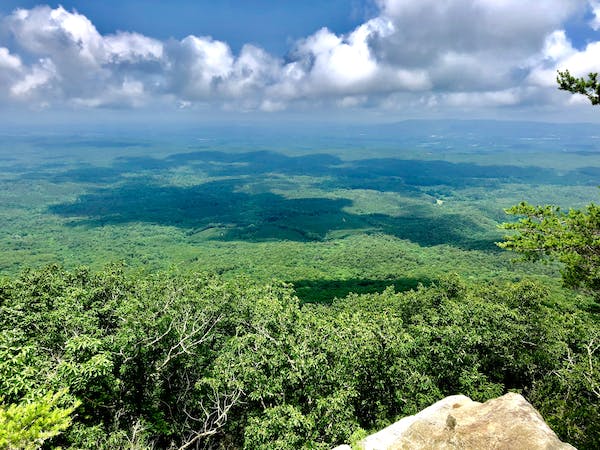