A steep trail run leading to expansive views from the top of 13,690-foot Bald Mountain.

Bald Mountain soars to an elevation of 13,690 feet, towering over the town of Breckenridge. The monolith provides an obvious objective for hikers and trail runners alike.

Most of the climb up the mountainside follows a gnarly 4WD road, which makes for quick forward progress while running. Consequently, exactly where you start the run is up to you, but the most ambitious will begin right in downtown Breckenridge. If beginning from downtown Breck, you can follow a combination of singletrack and pavement to access the primary 4WD climb up the mountainside.

As you climb up the mountainside, keep an eye out for the historic Iowa Mill.

Eventually, the route breaks out of the trees, providing expansive views of the region. The climb isn’t over yet, however! The 4WD road gets steeper as it switchbacks up the mountainside.

Once on top of the ridge, the route eventually turns into a narrow singletrack trail following the remainder of the ridgeline all the way to the summit of Bald Mountain.

From the peak, runners can soak in views of Mt. Guyot, Boreas Mountain, and Breckenridge Ski Resort with the backdrop of the jagged Ten Mile Range.

On the way back down, either follow the same route, or opt for a variant dropping south toward the Baker’s Tank trail. 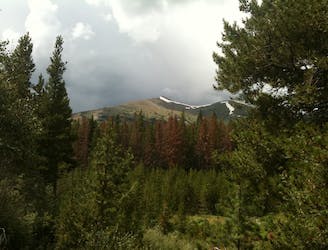 A point-to-point trail run along the popular Peaks Trail. 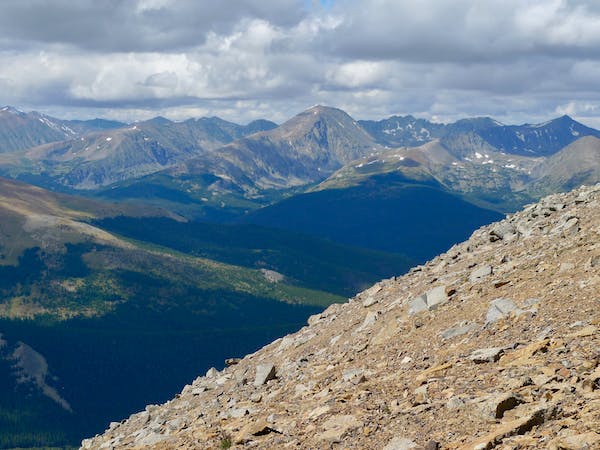