Along Old Fall River Road, an unassuming trail dives into the trees, but it turns into something spectacular. By departing the maintained trail and punching above the treeline, you’ll find yourself on a sky-scraping row of peaks, overlooking all of Rocky Mountain National Park. In order from nearest to farthest, the peaks are: Chapin, Chiquita, and Ypsilon (together called CCY for short) of the Mummy Range. Linking all three summits is a full-on adventure in the alpine. This sub-range is notorious for bitter winds and afternoon storms, even more so than other areas of the park.

In the face of challenging altitude and weather, you may prefer to leave out one or more of the peaks, and this route affords good options for doing so. The trail traverses the slanted west side of the ridge, with the peaks arcing overhead. You could skip one or both of the first two and make a more direct line to Ypsilon.

No matter which peaks you plan to get, an early start is imperative for the sake of better weather, and also to beat the traffic on Old Fall River Road. The one-way dirt drive gets backed up in the summer and fall. This particular trailhead doesn’t get too much attention, though. You’ll start up the rooty and rocky Chapin Pass Trail, then the route toward the peaks splits off and goes farther uphill, emerging from the trees in less than half a mile. From then on, you’ll remain exposed above the trees. The three peaks are in sight, and hopefully within reach.

The trail strikes out across the alpine tundra. It begins as a relatively smooth track on grassy slopes, but gets progressively rockier as it goes. You’ll cross beneath Chapin Peak before coming to the trail that leads to its summit, which is near the col with Chiquita Peak. This side trail is easy to see because Chapin is a somewhat frequented hike. Follow it up to the summit for your first glimpse of the precipitous east side of the Mummy Range.

Back down at the col, and moving farther along the ridge, the trail becomes visibly less traveled. It gets fainter on parts of Chiquita Peak and heading toward Ypsilon, with some braided paths diverging here and there. Try to stick to the most-traveled route, both for ease of navigation and to minimize impact on the tundra.

To get to Chiquita, it’s easiest to trace the ridgeline up and over. A lower path contours beneath the peak as well. You can take this lower route to bypass Chiquita, and you’ll likely take it on the way back from Ypsilon. These two peaks have the best views, but Ypsilon takes the cake for best of them all. From there, you’ll gaze over all the mountains in Rocky Mountain National Park, and to other ranges beyond. Craggy buttresses fall away to the east, and the Spectacle Lakes lie in a deep cirque below. On the return trip, enjoy the downhill, but pay attention to the route to avoid unneeded loss and regain. 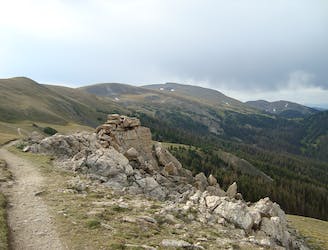 A jaw-dropping alpine ridge run, without too much strain or stress. 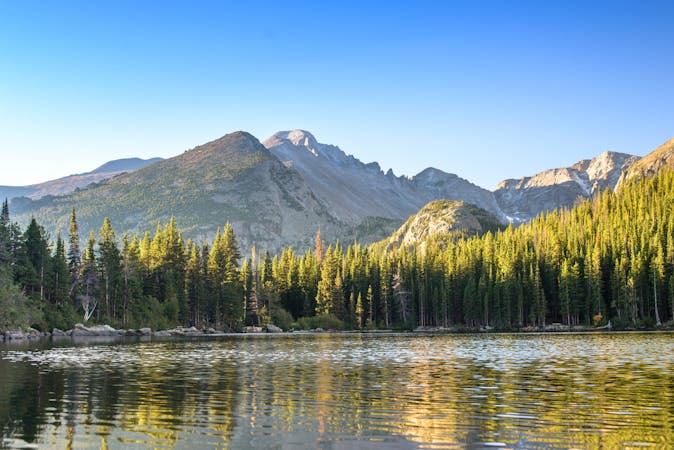