Reach stunning views of Mount Shasta and Northern California with this short hike.

Pilot Rock is visible from miles around. Protruding dramatically from the landscape, this lone monolith was so named because "it once guided gold miners, trappers, and pioneers toward a pass in the Siskiyou Mountains," according to OregonHikers.org. Today, Pilot Rock is located just off Interstate 5, close to the Siskiyou Summit pass. At 4,310 feet above sea level, Siskiyou Summit is the highest point along the entire length of Interstate 5.

The hike to Pilot Rock that you'll find mapped here gets a "Difficult" FATMAP rating, but you can turn this into an "Extreme" scramble if you so desire. I'll explain in more detail below.

First, the route as mapped follows a mellow trail from the parking lot, slowly gaining elevation toward a junction with the PCT. The route turns left on the PCT and then right toward Pilot Rock.

After departing the PCT, the trail gets significantly steeper and more difficult. The singletrack narrows and climbs a steep set of rocky switchbacks. You'll see your goal above you, as Pilot Rock itself appears through the trees.

The approach to the rock isn't long, and before you know it, you'll be standing at the base of the rock.

You can see for hundreds of miles from the top of Pilot Rock. The views stretch on forever! This is the perfect spot to enjoy a snack and just soak in the grandiose views.

If you want to reach the very top of the rock, then things get tricky and would warrant an "Extreme" FATMAP rating. The scramble to the top is "a Class 3–4 rock climb, and should only be attempted during dry conditions," according to OregonHikers.org. The scramble route to the top follows the obvious chute. Inside the chute are several narrow notches, requiring some significant rock climbing moves. This scramble is no joke.

Remember that going back down is always more difficult than climbing up. As you head back down the chute, OregonHikers cautions you to "go very slowly because there is an enormous amount of loose rock. One misstep here could cost you your life." 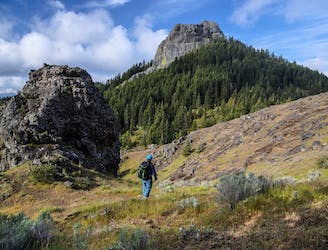 Miles 1718.9-1742.7 of the northbound PCT: Beginning the ranges of Oregon with a climb and a ridgewalk, among fragrant forest and meadows plus a giant tower of basalt. 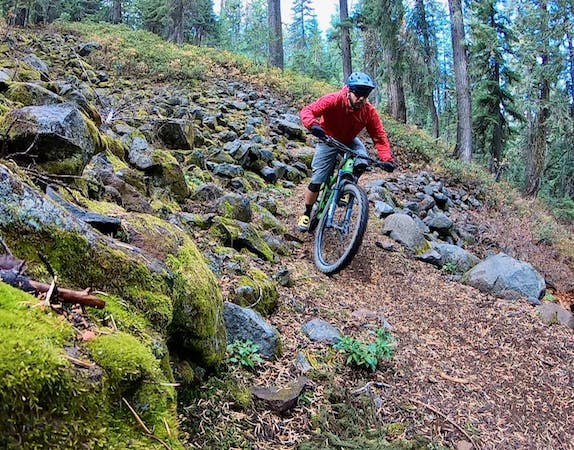 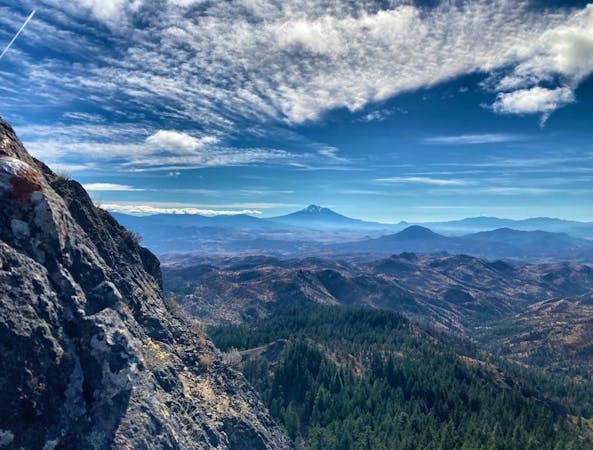 11 of the Best Hikes in Oregon's Rogue Valley 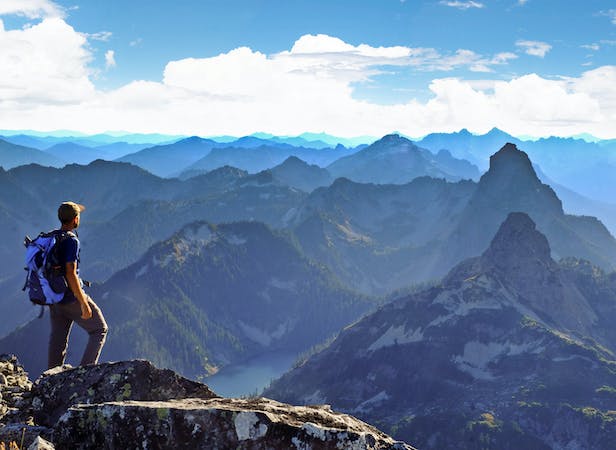