Nestled in the mountains of Georgia's Stepantsminda District, along the Georgian Military Highway near the Jvari Pass, Gudauri is developing a reputation as a World-class ski touring destination. It's high (the town itself sits at over 2000 metres) and has a snow record which would be the envy of most alpine resorts, not to mention fabulous and varied ski terrain.

This guidebook showcases some of the very best tours above Gudauri, with seven diverse Caucasus mountain adventures. There are some lift-served options in here - such as the "Sidecountry in Kobi valley" & "Freeriding in the Milioni Valley" - both of which are accessed from the upper reaches of Gudauri ski resort, and "Circular route around Bidara Mt." which starts from the middle of the lift system. Despite getting a lift bump on those tours, all are wild and serious due to the sheer height of the mountains they take you through, plus the variety of the terrain and all the hazards that come with it.

There's also a huge, entirely human-powdered, adventure in here - "Deda Ena - Khorisar - Truso" - which pretty much defines "out-there"! Completing that tour really is an achievement, and you'll need the full repertoire of mountain and ski skills to get it done.

There are also some trips in here which are as much about history as skiing; the "Lomisi Monastery" tour goes to a 9th century monastery - not an attraction which many ski tours can rival.

In addition to the tours listed here, Gudauri also has groomed pistes and some exceptional lift-accessed freeride routes. Suffice to say that a fortnight spent ticking off these 7 lines and skiing the lifts will provide a ski trip which would rival anything else on your "bucket list"! 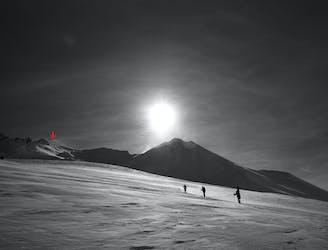 Backcountry skiing in the area of Sheli and Miketi Mountains. 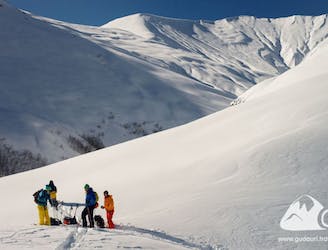 The vast snowfields of Shele and the giant ridges of Miketi form an opportunity to leave your epic line on untouched powder - the dream of every freerider. 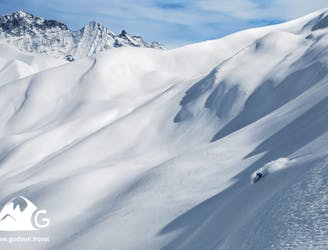 The routes to Kobi are the most visited in Gudauri due to their accessibility, endless runs, and the big vertical height difference. 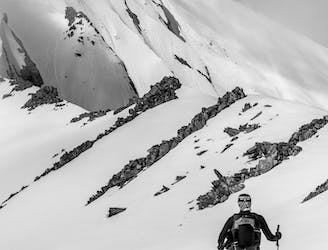 A beautiful, remote route, striking because of its scale and landscapes and large selection of lines for descent. 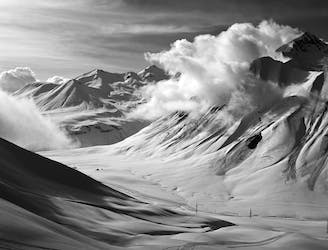 Circular long combined route in the conditions of closed Cross Pass and impossibility to return to the resort by car. 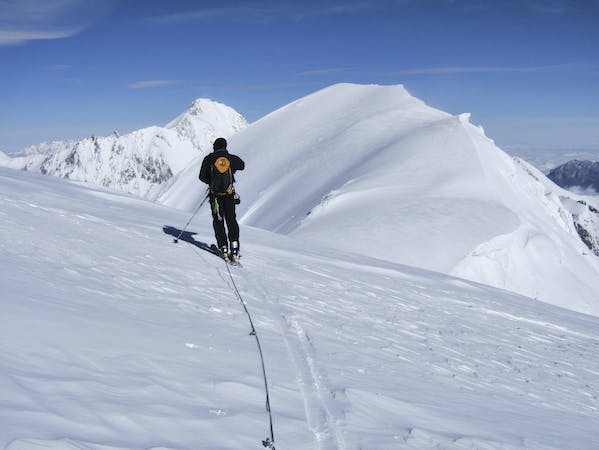