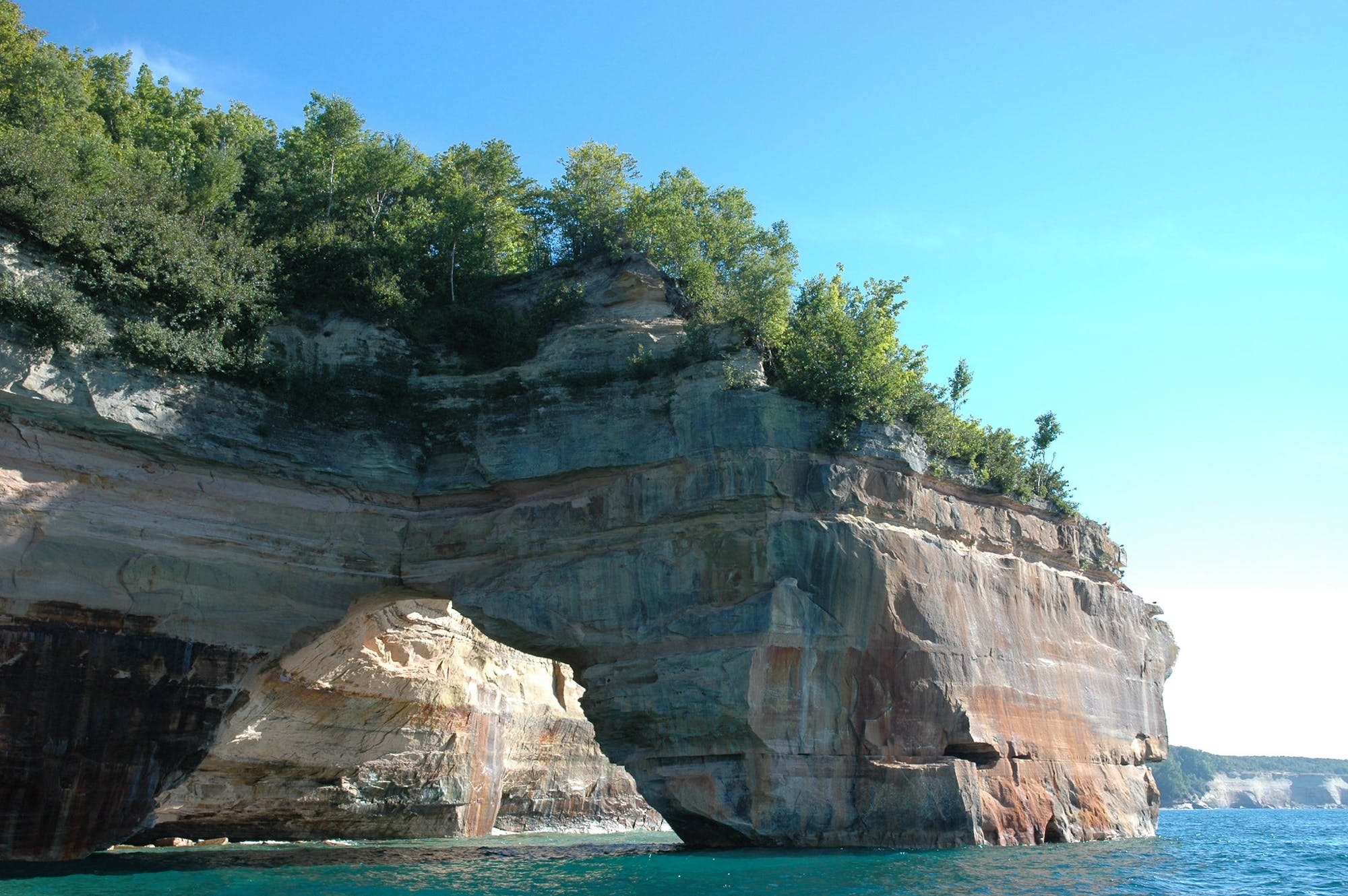 Explore the wild and remote Upper Peninsula of Michigan on one of these 6 epic trail runs, each worthy of its own road trip.

The secluded Upper Peninsula (UP) of Michigan is one of the wildest and most remote places to trail run in the Lower 48. Confined by Lake Superior to the north and Lake Michigan to the south, getting to the land of the Yoopers is a feat in and of itself! Hours from the nearest interstate, a day trip from Green Bay is within reach, though Detroit and Chicago residents should plan at least a couple days away from home. Whether you are training for a race or just looking for an epic running adventure, these are the six most epic trail runs in “Da Yoop.”

Accessible only by private boat or ferry, Isle Royale tops the list as one of America’s most remote national parks. A designated wilderness area north of Copper Harbor on Lake Superior, the park and its 400+ islands are defined by forested wetlands, swamps, bogs, and rivers—the perfect habitat to view moose in the wild. Two trails, the well-established Greenstone Ridge Trail (GRT), and the more rugged Minong Ridge Trail, both depart from the Windigo Visitor Center bound for the other side of the island. Though considerable planning is involved for a trip to Isle Royale, the wetlands and ridgetop views found throughout the backcountry will not disappoint.

Due south-southwest on the mainland, the Porcupine Mountains span nearly 60,000 acres across the northwestern corner of the UP. “Home to the most extensive stand of old-growth northern hardwood forests in North America west of the Adirondack Mountains,” the Porkies are a haven for trail runners, hikers, and backpackers alike. A perfect marathon, the official Porcupine Mountains Loop is the ultimate tour of the state park with some of the fastest known times in the 5- to 6-hour window.

Heading east, Marquette is a small college town and a top hub for all types of outdoor activities, including mountain biking, fat biking, XC skiing, and more! Just northwest of town, the Four Peaks Loop is the most epic run to experience some of the highest points in the UP. A local favorite, this circuit mixes rugged singletrack and rolling doubletrack as it summits four distinct peaks, circles Harlow Lake, and offers incredible views of Lake Superior.

Further east of Marquette, Munising is the next largest hub—made a summer destination thanks to Grand Island and Pictured Rocks. If you are transitioning from roads to trail, or just looking for an approachable long run, the Grand Island Loop should fit the bill. Accessible by way of a short ferry from Au Train, this epic 20-miler rewards with remote beaches, clifftop views, clear waters, and a backdrop of Pictured Rocks often visible in the distance. Despite its length, Grand Island is the easiest route to make this list.

For a different perspective of Pictured Rocks, consider the Chapel Loop instead. 10 miles total, the run wanders along beaches and cliffsides and even includes two waterfalls! With everything to do in the area, including shorter waterfall hikes, beaches, and sightseeing tours, Munising is debatably the best destination on this list for families or groups with different interests. And if you find yourself with nothing to do, hop on the North Country Trail and follow it east or west along the lake as long as you’d like. Though incomplete, this is one of the more established segments of the proposed 4,700-mile trail. 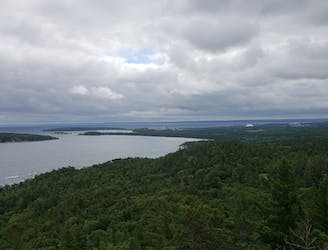 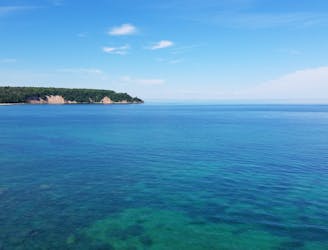 A beautiful and relatively easy trail run around the perimeter of Grand Island. 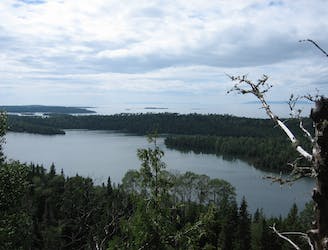 An epic 40+ mile traverse along the backbone of Isle Royale NP. 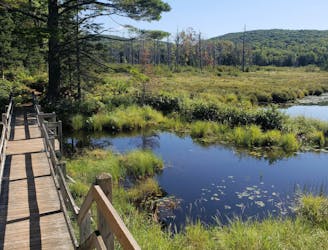 An epic trail running circuit of the Porcupine Mountains loaded with epic views and rocky singletrack. 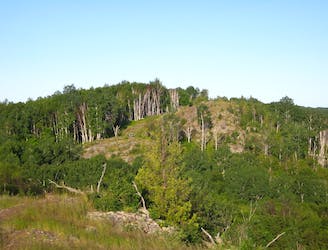 A challenging alternative to the GRT following an old fire line often blazed by nothing more than rock cairns. 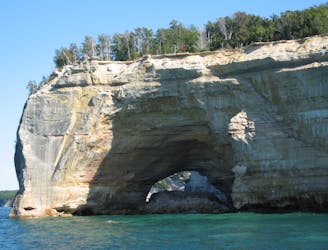