The journey from the Guy Hut over to the Balfour Hut is wonderful regardless of how you do it (assuming you've got good visibility) but this route is the finest way of making the trip. The "normal" way of doing the route is to cross a col just to the south of St. Nicholas Peak, but it's quite a slog on the way up and the descent of the Balfour Glacier is too mellow to be a great ski line. This route, on the other hand, combines a much more efficient ascent with some wonderful ski terrain.

Start the day by retracing your steps from the Guy Hut back towards Mount Collie. Upon reaching the top of the glacier which leads down to the Wapta Icefield proper, head skier's right and descend to the right of the icefall you climbed to access the Guy Hut. The glacier is best climbed on the northern side of the icefall, but it skis better in descent on the southern side. There is some crevasse danger and you'll need to be experienced in glacial navigation to pick the best line, but if you get it right then the descent next to the icefall is wild and wonderful. At the bottom, hold all the height you can and make the traverse over to the foot of Mount Gordon. During the traverse you'll be able to see the ascent route on Mount Gordon's west face, so scope out where you're going to go and make sure that the steep terrain above the ascent route isn't too snow covered and therefore presenting an overhead hazard.

Once on the ramp, it's a satisfyingly efficient ascent to a broad col. The climb does have some big and snow covered terrain above it, so stay on skinner's right, away from the upper reaches of Mount Gordon's west face.

Once on the col, rip skins and enjoys ridges and bowls which lead down to the Balfour Lakes. The terrain is great fun and you'll find yourself playing with the micro features all the way down to the lakes. No matter how hard you try to hold onto your height on the lower section of the descent, there will still be an inevitable short skin up to the Balfour Hut itself.

There's space for 18 people in the hut and blankets and stoves are provided, but sleeping bags aren't so bring your own. As with all other huts in the area, the Balfour hut must be booked in advance through the Alpine Club of Canada. 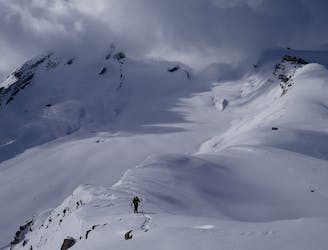 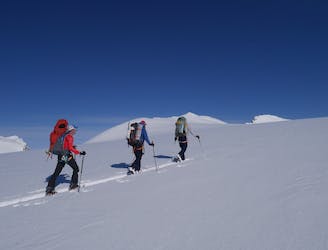 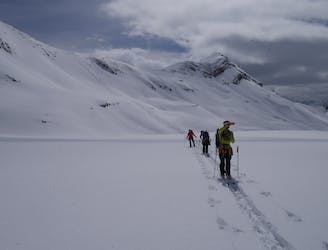 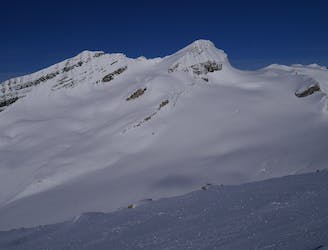 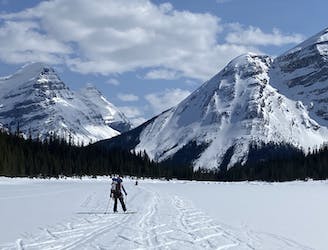 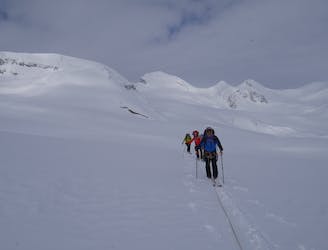 A long, wild and adventurous journey to a spectacularly positioned hut 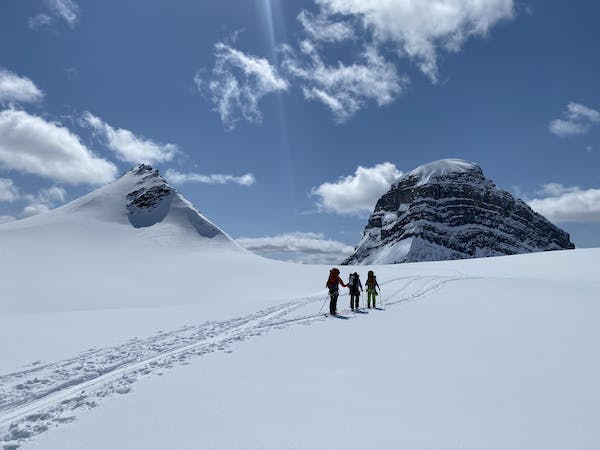 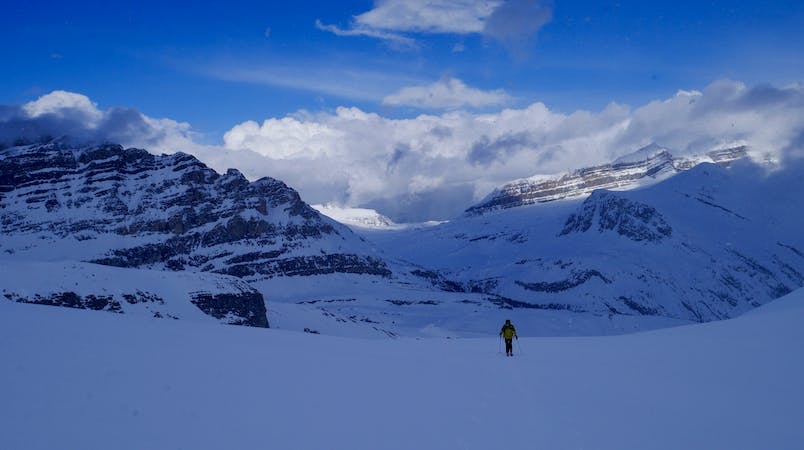