Start by walking up the iron steps to the top of the Grands Montets viewing platform. You then need to climb over the metal barrier on the N side of the platform and scramble round the rocks on a flattish and then downward traverse round to the left then back right, often with a fixed rope at the end to get down to the snow. Early season and after a big storm it can be easy bootpacking in the snow but it is often icy needing crampons. The traverse is fairly easy but very exposed! You are on a glacier so make sure you are equipped, prepared and have practised crevasse rescue, however unlikely you think falling in a crevasse is- it is possible! A minimum would be each person to have harness, axe, crampons, an ice screw, 3 prussiks, several screwgates, a pulley/DMM Revolver karabiner, a couple of slings and 2 30m ropes in the group. A more modern simple solution substituting for many of the above might be 2 Petzl RAD systems in the group. If you have any doubts about this ski with an IFMGA Mountain Guide.The line itself usually lovely cold snow, steep initially with a small convexity but soon eases off and is over almost too quickly putting you onto the Pointe de Vue piste. 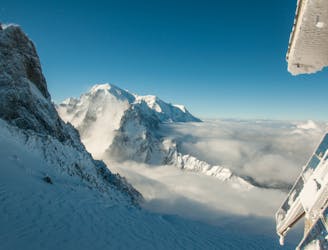 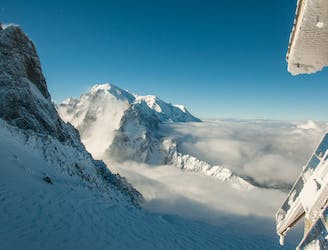 A serious glacier run in the spectacular Argentiere Glacier basin 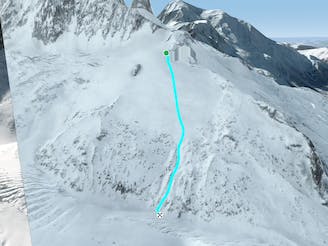 A wide open glacier run with a steep exit 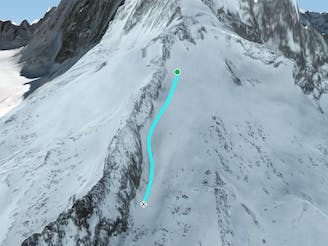 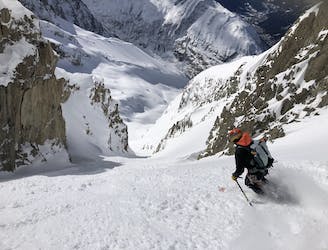 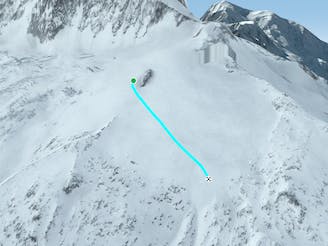 An alternative to the main Dome line. 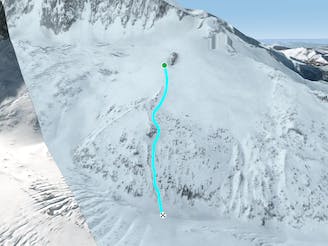 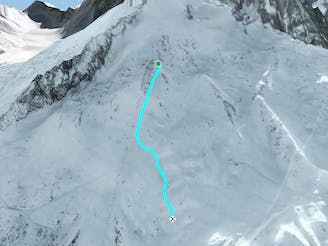 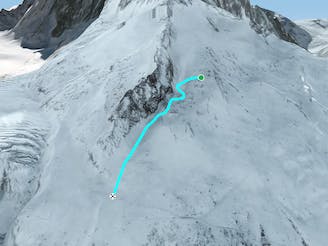 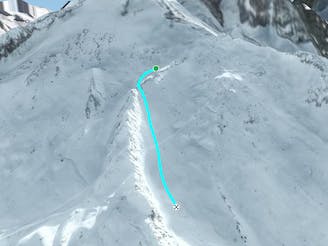 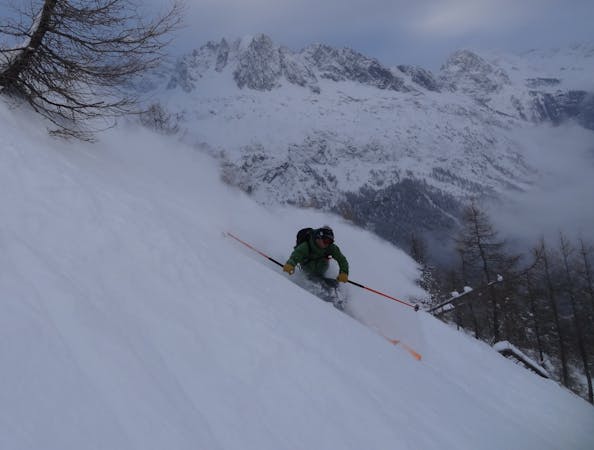