The Villages of the Aravis

Starting in Annecy and then touring through some stunning French villages and over the high, wild Col des Aravis, this is about as good as road biking gets in the Alps.

The initial section can be rather busy as you get clear of Annecy town and make the climb up to Thônes, but most of the ride thereafter is peaceful. Our suggested line here is not the most direct way of getting between the villages but it takes you along serene country lanes rather than larger, busier roads.

From Thônes the route climbs up to the popular village of La Clusaz, where you're advised to grab a coffee and a croissant to power you for the pull up to the Col des Aravis. The final climb goes up classic Alpine zig zags and the Col itself is a typically wild and windy low point between towering peaks.

Make the long descent through La Giettaz and on to Flumet then head south through hamlet after hamlet and follow zig zags down to the suburbs of Ugine, an industrial little town from where you quickly reach Marlens and then Faverges.

From Faverges you can go (on a large, busy road) directly to the southern end of Lake Annecy but a superior - albeit more difficult - option is to climb up to the little village of La Perrière before making a long descent to Menthon Saint-Bernard, on the eastern shore of the lake.

From there, head through Veyrier-du-Lac and swing around to Annecy town centre. You will have earned some calories and in Annecy you're spoiled for choice when it comes to replacing them!

Best of the Bauges 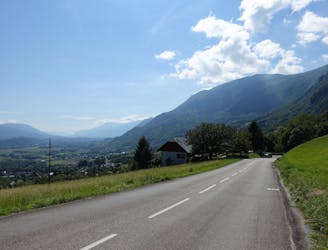 A long, stunning loop through, round and over some of the quietest mountains in the Savoie 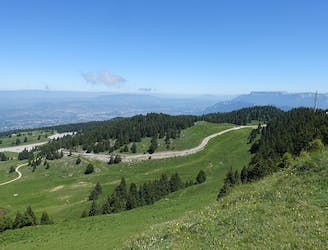 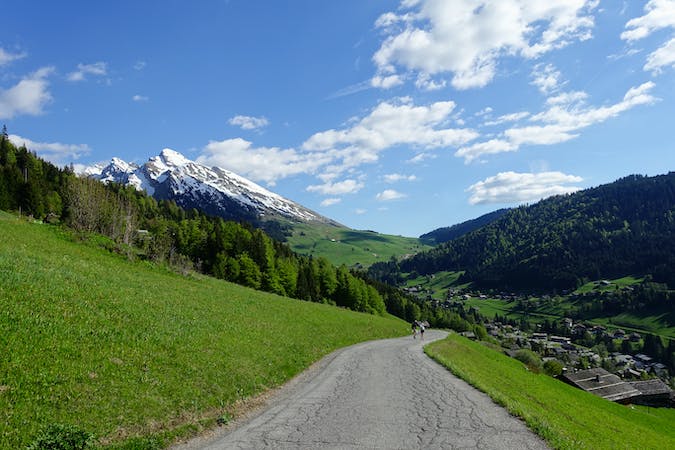