A true classic; P4 should be on the to-do list for all experienced ski mountaineers in the area.

A stunning atmosphere throughout with consistent steep and narrow skiing down to the valley, you’d think that this route would be heavily tracked out moments after the last snowfall, but the mountaineering experience required means that this gem keeps the crowds at bay and welcomes only the committed.

Ski down the large funnel at the top of the line until the slope is broken by a small cliff band. Make sure you are 100% certain on the snow conditions before you drop into this funnel because you do NOT want to release any snow slabs at this point and be taken over the cliffs below.

3 pitons sit at the top of this cliff band allowing you to perform a short 30m rappel to reach the snow slope below. These pitons can be fairly loose, depending on ice coverage around them, so always bring a spare piton or two and some cord in case you feel as though you need to backup the current setup.

Once the rappel has been made, you’re left with an awesome couloir that makes the shape of an inverted Y, with a choice of two different descents when you reach a ridge in the middle - both exits are of a similar difficulty!

Sometimes snow conditions dictate an abseil from the top to assess the snow conditions. There is an obvious rock that skiers used to rappel from, but this has become dislodged, so it is now best to perform a buried ski anchor for the first skier to check the conditions before committing. 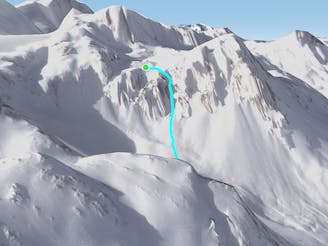 An amazing couloir reserved for expert skiers only.

North Couloir of the Grande Balme. 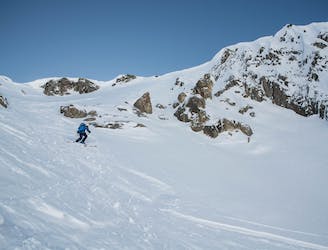 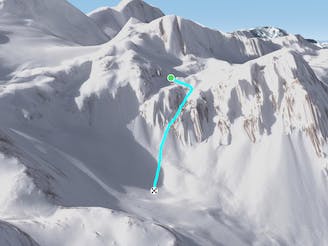 A spectacular couloir which is reserved for expert skiers only. 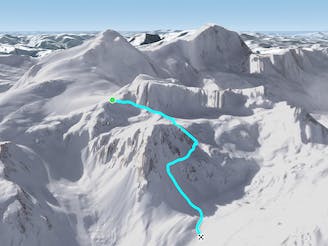 A spectacular ski descent on moderate terrain in a wild setting. 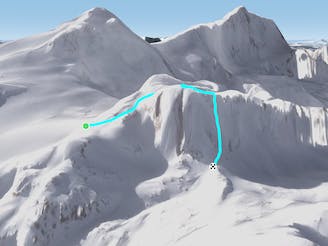 One of the most spectacular descents in the region 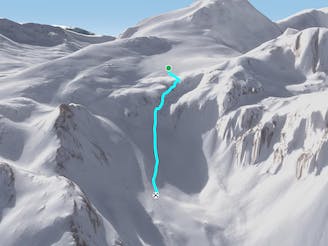 Nice off piste run, a great introduction to powder skiing. 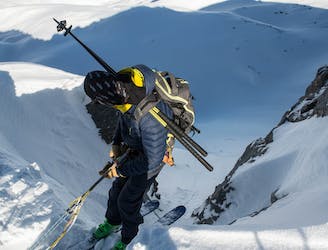 The best descent down the north face of the Pramecou, but only for the experienced. 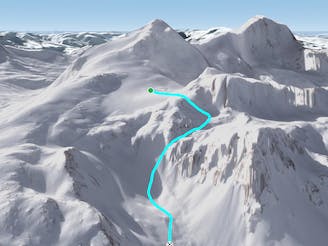 A spectacular couloir reserved for expert skiers only. 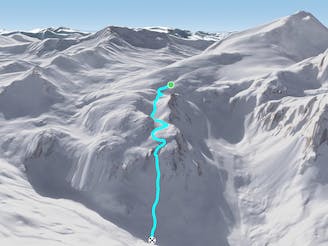 A long complex descent on moderate terrain; a great adventure. 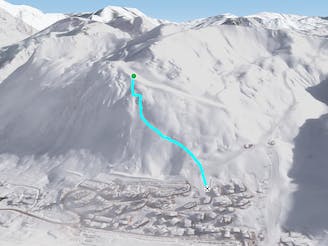 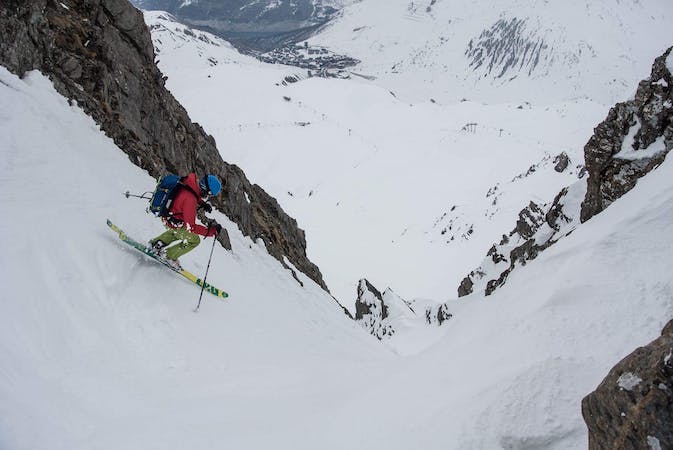 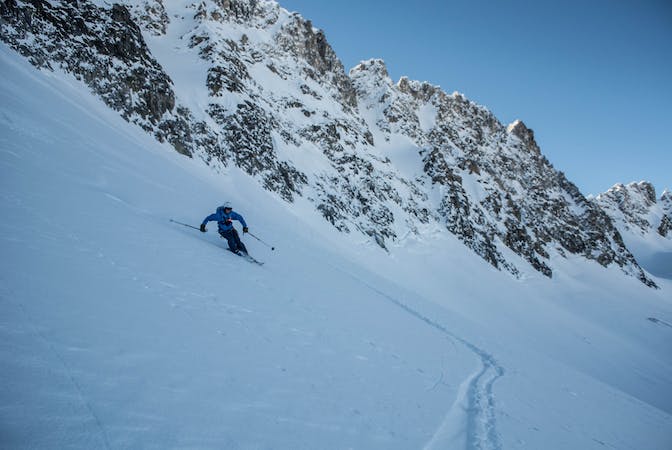