A long enduro-style route which starts from the magnificent Vallon de la Sache.

The French Alps are famed for offering a high drama, spectacular landscape in a mountainous environment. One of the best places in the world to ride your bike!

The winter ski resorts of Tignes and Val d’Isere, in the heart of the French Alps, have teamed up to produce an incredible and expanding summer bike park across both areas.

The Bike Park offers everything expected across 35+ trails (downhill, all mountain, and XC) ranging from very easy to elite. This bike park isn't as well known as other bike parks in the Alps, but this creates quieter and less blown-out trails for your delight. The lift pass allows access to both areas, and although many trails can be covered in a day, it is worth spending a couple of days to get the best out of the park.

Bike Park Tignes & Val d’Isere is home to Salon de la Vache: a long enduro-style route which starts from the magnificent Vallon de la Sache. This trail is for experienced riders only!

Salon de la Vache is split into two halves; the first half being a lovely, long traverse beneath Aiguille Percée across some very ridable scree. The second half is much steeper with numerous steep, tight switchbacks.

The route is best serviced from Tignes’ side of the resort, as it starts from the top of the Palafour chairlift. There is plenty of parking in Tignes.

The Salon de la Vache route encompasses three of the Park's trails: Rocky Trail, Salon de la Vache, and Forest Bump. Initially, follow the Rocky Trail from the right of Palafour lift. The trail is easily recognisable dirt singletrack which traverses beneath Aiguille Percée with frequent boulders, as the name suggests, and some rocky scree sections.

Eventually, you'll reach an open meadow where Rocky Trail runs straight into Valon de la Sache. After the trail drops into a valley and enters the treeline, it is quite tight and narrow singletrack through bracken and scrub.

The route joins Forest Bump by turning left at the end for the final helter-skelter descent. Here the trail winds down through the forest via numerous steep, tight switchbacks; top marks if you can clean them all.

The trail ends in Les Bréviéres at the bottom of the valley. Return to Tignes via the shuttle bus provided by the Bike Park or by riding the road back.

The Bike Park lifts are only open for the short summer period of July and August. 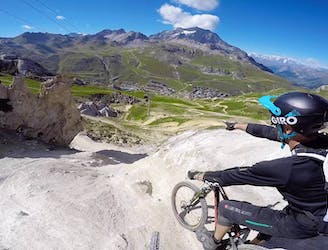 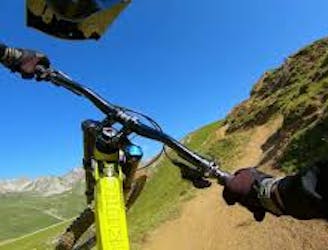 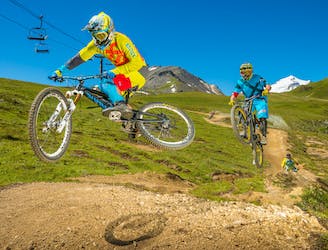 A Tignes Bike Park classic—as hard as you want it to be. 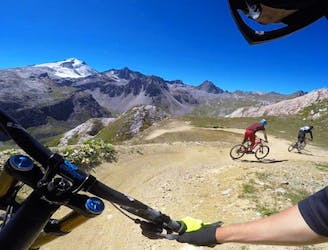 The longest trail in the Tovière area of the bike park, this is a flowy and playful track with lots of berms and jumps 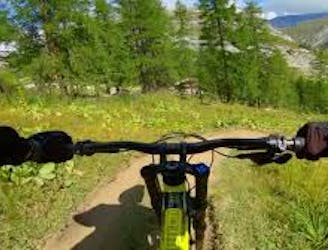 Alternative, technical descent for the final third of Fast Wood. 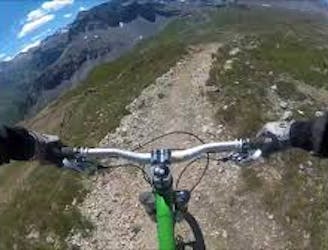 Acting as a transition trail to Tignes, this is a nice and flowy track with a gentle slope and some jumps. 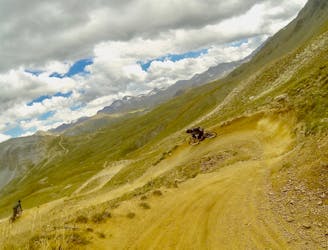 The best and hardest all-mountain trail in the area—a superb descent! 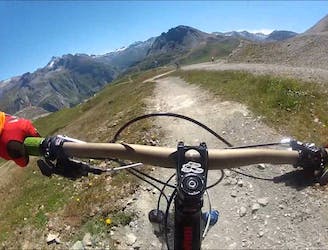 A fast, flowing trail from the top of the Borsat lift to the bottom. 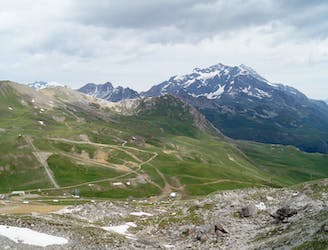 An alternative, technical descent to the first part of Fast Wood. 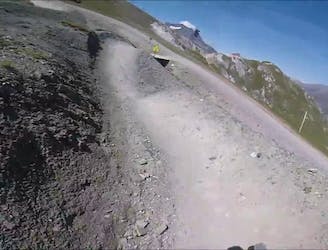 Big jumps and turns make this trail a "Toboggan for MTB." 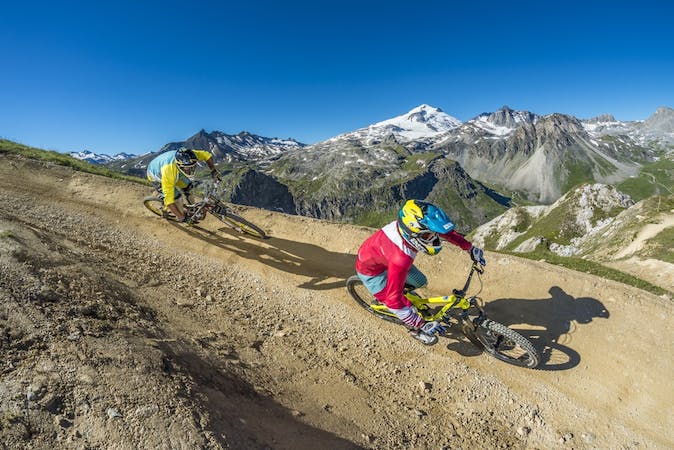 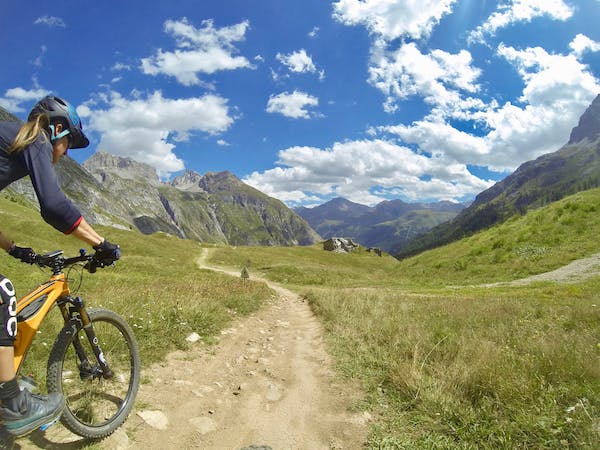