This is a big mountain day traversing Castor, 4223m, the 17th highest major 4000m peak in the Alps. If fit and acclimatised and in perfect weather, Pollux, 4091m, can also be included in this day. It is described in this way.

From the Ayas Hut reverse your descent of yesterday, heading upwards, N, onto the broad shelf of the glacier then E towards the foot of Pollux, . At 3750m head to the foot of the SW ridge,stashing your skis here. Follow the line of least resistance above near to the mixed ridge with easy rocky steps, heading for an obvious steepening on orange rock above. Look for the chains hanging down and use them to haul your way up onto easier snow slopes above, leading to the summit. There is also an easier route, avoiding rock in ascent and descent, but is often icy. However if in condition you can take this snowy line to the L of the SW ridge, known as the W flank, with slopes up to 45 degrees between rocky buttresses. From the summit reverse your ascent route to the skis.

Back to skinning now you are heading for the WNW flank of Castor, which you follow, switching to crampons nearer to the top. Aim for the L end of the summit ridge, just to the right of some rocks as you reach the summit ridge. Turn R and follow the knife edge ridge to the summit of Castor, 4223m. From here there is an easy snowy ridge extending to the SE. This crosses the SE subsidiary summit then over pt 4174m, before descending to the Felikjoch, 4061m and skirting under the snowy top of the Felikhorn, 4087m. Now head down the ridge towards the hut aiming for the broad sloping glacial shelf which takes you under the Punta Perazzi, heading to the Quintino Sella hut at 3585m. 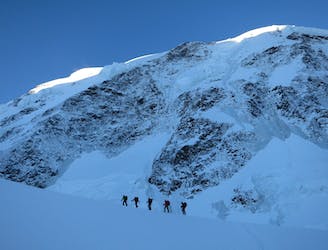 Day 3: Traverse of Passo del Naso of Lyskamm and summit of Pyramid Vincent, beginning at Rifugio Quintino Sella and ending at Capanna Gnifetti. 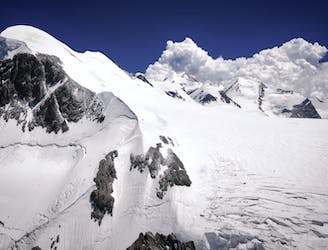 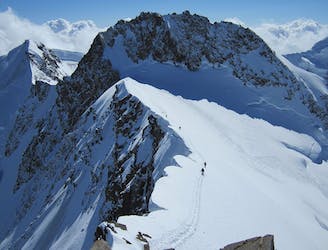 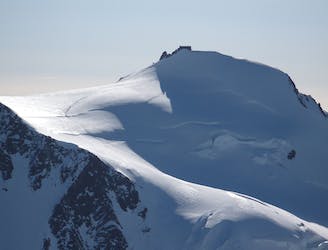 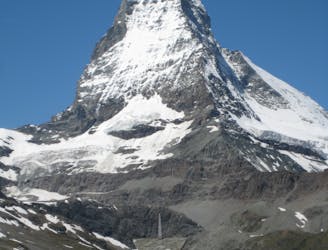 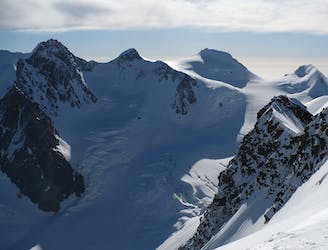 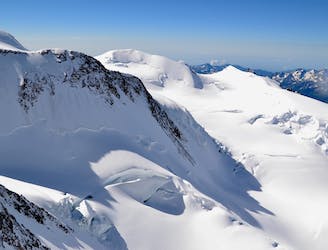 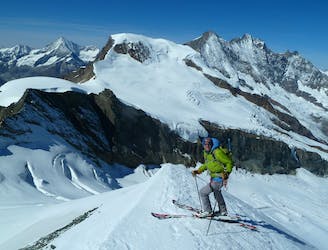