A short trail run in White Tank Regional Park with ancient petroglyphs and a rock waterfall.

White Tank Regional Park is one of the more rugged and wild hiking areas around the valley. With roughly 30 miles of trail in the park, there's something for everyone. In contrast to to the rest of the park, this route takes you on some of the best-kept trails and is an easy run no matter your ability.

From the trailhead, the route follows the Black Rock Long Loop, then spurs onto the Waterfall Trail. There isn't a preferred direction to run the loop and if you're just looking for a quick hike, the Black Rock Short Loop is the perfect option.

The mountain range earned its name from the "number of depressions or "tanks" in the white granite near the base of the mountains", according to Wikipedia. The namesake waterfall that the trail leads to is actually one of many within the canyon. According to the park, " The pools in the above falls are twice the size of the one you are standing at so it takes a lot of rain over a long period of time to fill these pools in order for the water to flow over the edge. That’s why the waterfall rarely runs."

Along this hike, you will also encounter ancient petroglyphs carved into the rocks. It is estimated that many of them go back several thousand years, though many still speculate about their original purpose.

A wide array of cacti are native to the mountain, including saguaro and teddy bear cholla - named for their "fuzzy" appearance. Wildlife, suck as jackrabbits and deer can be found within the park, though they are usually further into the canyons. 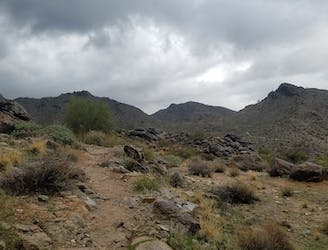 This is arguably the most epic trail running loop near Phoenix. 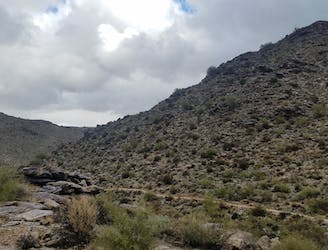 A remote and beautiful trail run through the rugged White Tank Mountains. 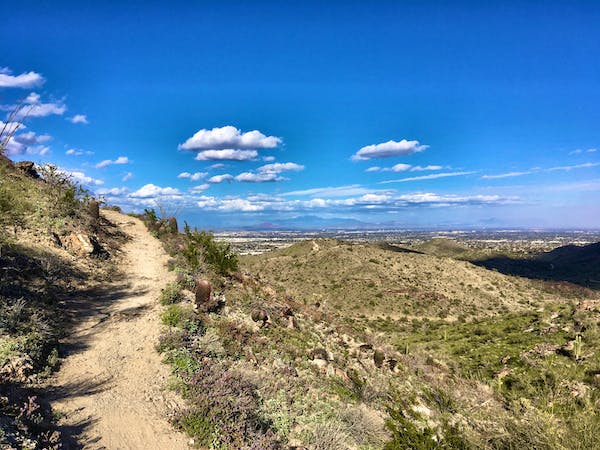