A paved loop through Little Rock that mostly follows alongside the Arkansas River.

The Arkansas River Trail is the go-to place to enjoy a safe, relaxing, and scenic run in Little Rock. Composed entirely of asphalt and concrete on a mixture of multi-use paths and sidewalks, this loop is a great long run if you're training for a race. If you want something shorter, just hop on at the closest trailhead and pick an out-and-back distance of your choosing. No matter how you do it, the trail is a favorite amongst locals and one of the most versatile places to run in town.

While only 14-miles are mapped here, the greater Arkansas River Trail encompasses 88-miles of multi-use paths in the area. Bridge-to-bridge, seen here, is one of the more common ways for runners to enjoy the trail, while cyclists often head further west for longer rides on dedicated bike paths. Bike repair stations are even located at Two Rivers Park and Two Rivers Park Bridge.

Popular access points for the trail include Murray Park, Riverfront Park, Riverview Park, Burns Park, or any of the river access parks such as the Murray Dam Site, seen here. Water and restrooms are available in steady increments throughout the loop, but typically only in developed areas and parks.

As mapped, there are a few incomplete sections of trail where you may run along a sidewalk or along a secondary road that sees little traffic. Be especially mindful any time the trail crosses a road, and be courteous of other trail users who may be out enjoying the outdoors. Leashed dogs are also allowed on all parts of the trail, though the northern side of the loop is far more conducive to pets since the trail doesn't have as many road interruptions. 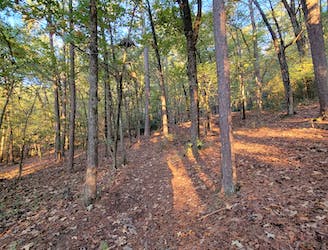 A classic way to link the north and south loops at Allsopp Park near Little Rock. 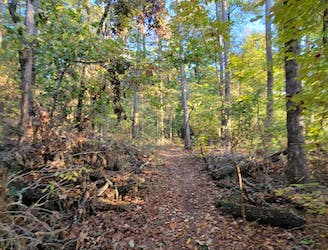 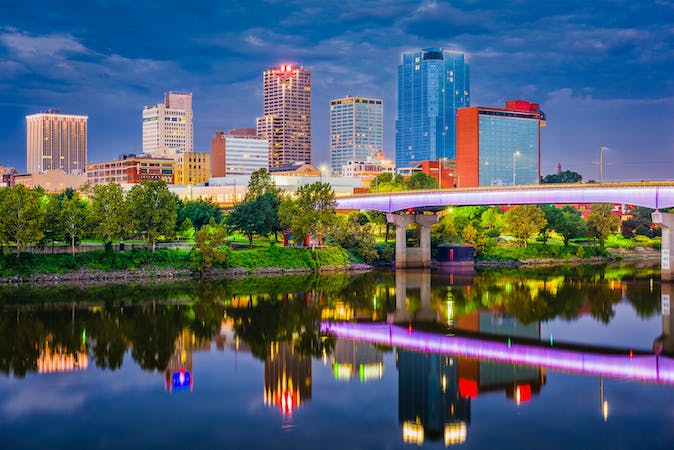