A short trail run or addition to the Gahuti Trail, paying visit to a 40' tall fire tower, lush overlook, and ruins of an ancient stone wall.

With backcountry hiking trails, historical landmarks, mountain biking, horseback riding, and plenty of camping, Fort Mountain State Park is sure to have something for everyone. This short loop is often paired with the Gahuti Trail and explores several of the park's iconic landmarks including a lush overlook, 40' stone fire tower, and the ruins of a ancient rock wall.

When founded in 1938, the park was originally only ~1,900 acres in size. According to Wikipedia, "The Civilian Conservation Corps built many of the park's facilities, such as the stone fire tower, the lake, the trails and some park buildings." With some additional funding in the late 1990's, the park was able to nearly double its acreage which now encompasses several abandoned talc mines. Another source suggests that "Fort Mountain is still probably Georgia's leading talc producer", with several active mining operations just outside of the park's boundaries.

This run begins at the end of Old Fort Road, the main thoroughfare connecting the entrance gate to the summit. Alternatively, a spur trail connects to the Gahuti to the West Overlook Trail. With several intersecting trails and former roads, this loop offers plenty of other opportunity to explore. Counter-clockwise, you'll start by circling around the eastern slope of the peak before visiting one of the best overlooks in all the park.

From there, you'll pay visit to a historic 40' stone fire tower built by the CCC. Depending on the time of year, access inside the tower may be limited to certain days every week. A $5 entry fee is required to enter the park and and the kiosk or general store will have the most up-to-date schedule posted.

After visiting the stone fire tower, this run explores the mountain's namesake feature. Nearly 900' in length, ruins of a rock wall can be explored along the southeastern face of the mountain, reminiscent of an ancient fort. There are countless rumors of its origin, most pertaining to the Cherokee folklore and religious purposes. Another report states that the ruins may date back even further than originally thought. All of the rocks to construct the wall came from the mountain itself, and the remnants of a gateway are also visible. 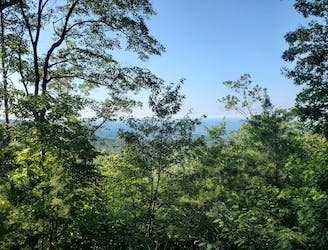 An 8-mile trail running loop with lush views, challenging terrain, and a waterfall. 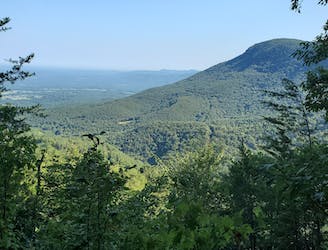 A long loop through Fort Mountain State Park with plenty of views and remnants of abandoned talc mines. 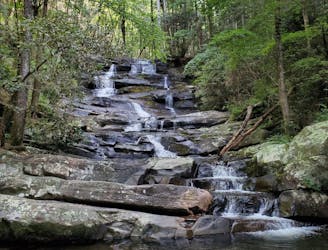 A trail run to a magnificent two-part waterfall located deep in a former logging area. 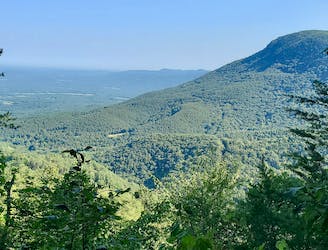