A stunning ridgewalk close to Boise, featuring views over the city, reservoirs on the river, and endless mountains on the horizons.

Kepros Mountain is one of the taller summits near Boise, but only noticeable on the horizon if you know exactly where to look. Local hikers know it as one of Boise’s four Grand Slam Peaks as described by Idaho: A Climbing Guide, but it remains lightly traveled due to the distance and difficulty, plus the lack of “official” trails. The route is along an undulating ridge of sagebrush and wildflowers with wide-open vistas of Idaho mountains.

Spring is the time for this hike because that’s when the trails are drying out, but it’s not yet hot. Yellow flowers bloom with the start of spring, and more colors appear throughout the season. Zero shade makes this one pretty much unbearable in summer, however, unless you go very early morning. Fall would be good, except that it’s hunting season, and this is a popular zone, so it’s wise to stay away.

The trail begins at a pullout on Blacks Creek Road (a good dirt road). There’s nothing in the way of a warmup, as the trail goes right into one of its steepest sections here at the start. It’s short, though––less than half a mile to gain the ridge. From there, turn right and begin the scenic traverse toward Kepros. Note: The path to the left goes up Three Point Mountain, a popular short hike to a trio of summits.

On the way to Kepros, there are many peaks along the ridge. Some of these have bypass trails around them, which you’ll want to take unless you’re a real sucker for summits. The bypasses save a lot of elevation gain and are easier walking, as opposed to the steeper and looser trails going straight over the humps. After two distinct bypass routes and at about 2 miles from the start, a third bypass branches off to the right. The bypass is what’s mapped here, but if you want to tag one bonus summit you should continue straight up the hill instead. It’s an unnamed peak that’s only 50 feet shorter than Kepros. Whether summitting this or skipping it, you’ll next have a long and perhaps demoralizing descent between this peak and the final climb up Kepros.

The singletrack you’ve been on thus far soon meets a jeep road (closed to vehicles except in the fall) which you’ll follow this the rest of the way. It’s steep in short sections, but for the most part, it’s easy going. Try to enjoy the downhill, even with the knowledge you’ll have to regain it on the way back. The final push to Kepros is quite steep, knocking out about 500 feet of elevation in only half a mile. On top, you’ll find a 360-degree view which includes the other peaks of the Grand Slam: Cervidae Peak, Lucky Peak, and Heinen Mountain. Look around and you might also find a summit register in which you can sign your name. The return trip is by the same route, with opportunities to hit the lesser summits you might have missed, if your legs are still willing. 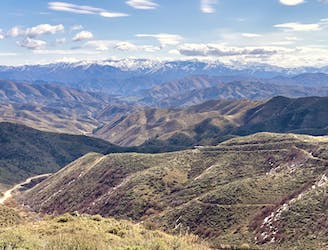 A short summit hike on a prominent mountain east of Boise. 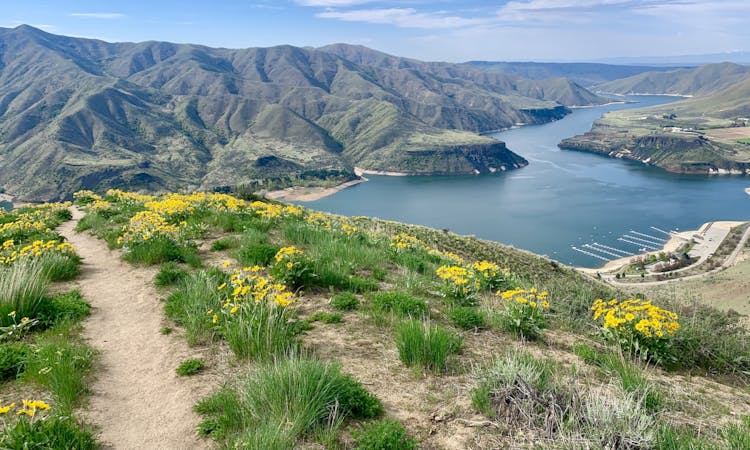 Best of Boise: Summits Over the City