Curiously, the Taos Ski Valley trail map mentions Dahl-Bredine's in the description of Kachina Peak, but it's not on the map. Where it would be on the map is a red shaded off-limits area with K1 mistakenly going right through it. It's a good thing they don't tell you where it is because it's a femur-breaking gamble across rocks and off a cliff. Still, there are some people you just can't discourage. The cliff has been hit in extreme contests and at least one of these incidents ended ugly. There is one line known as Sasha's (one of Jean Mayer's sons) that finds an escape off a small ledge but if you go looking for it and don't find it, you might as well pitch a tent because you aren't leaving anytime soon. The ski patrol has put in anchors to rope people down. The spot is named after Chris Dahl-Bredine, who got dragged over it in an avalanche. These days you might see him flying above his big rock in an ultralight. 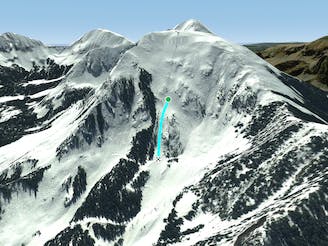 A narrow line near the bottom of Kachina Peak. 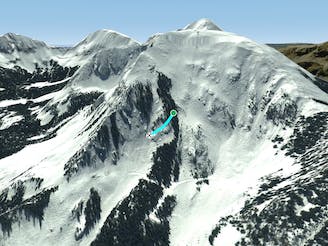 A ramp-like wall dumping into Hunziker. 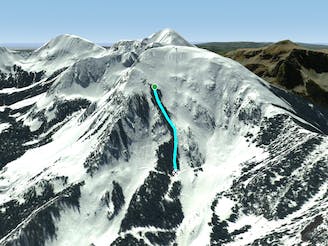 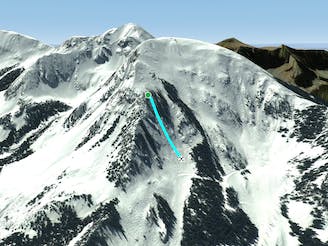 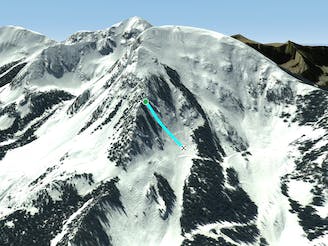 An extreme, technical line with cliffs and rocks.

Hair of the Dog 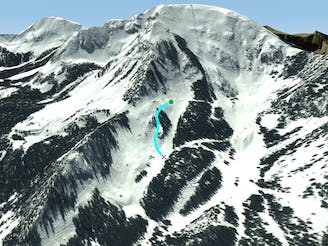 A fun slot through the rocks. 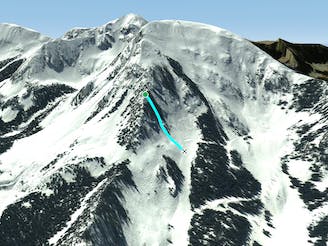 An extreme couloir with cliff and rocks. 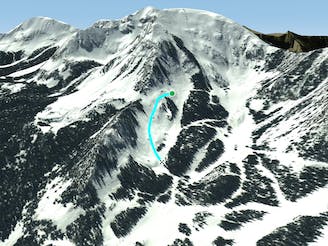 An interesting lines through moguls and big rocks. 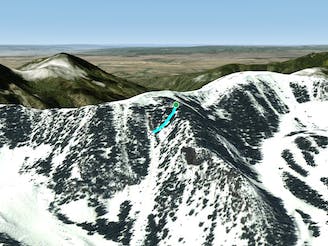 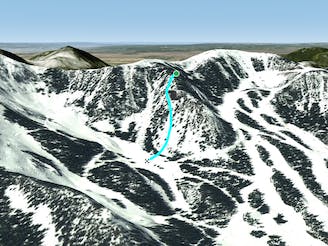 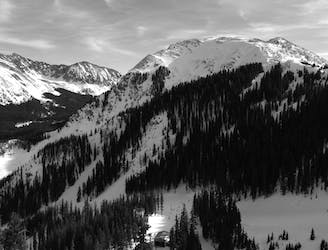 The Best of the Taos Backcountry