The Devil's Path is one of New York's most acclaimed hiking trails—some would even argue that it is the best in the Catskills. High peaks are only earned through arduous climbs, and the descents follow fall lines. Expect to need three points of contact at many points and know that there are no "easy" portions along the route.

The trail is almost perfectly dissected by Stony Clove Notch. NY-214 passes through the notch and serves as the only road crossing along the entire route. Just south on the road, you will find the developed Devil's Tombstone Campground, one of the oldest in the Catskills. Surrounded by several prevalent peaks, the campground proclaims itself a "...haven for serious hikers." Though most would apportion this path into two days, an experienced trail runner occasionally attempts a single-day traverse.

Beginning at a trailhead along Prediger Road, the eastern portion of the loop summits four high peaks: Indian Head, Twin, Sugarloaf, and Plateau. The views from Indian Head are limited, but Twin Mountain is an excellent grandstand to view the Catskills. Its wide, sweeping views showcase the dramatic terrain and surrounding peaks.

Sugarloaf is renowned as one of the hardest attainable peaks on the route. From the east, steep, narrow rock chutes demand three points of contact. From the west, it has earned the nickname "Suicide Mountain" from those attempting a winter summit.

Though extremely challenging, a few opportunities and spur trails will be found on the western slope of the mountain before ascending to Plateau Mountain. Surrounded by a beautiful boreal forest, this portion of the run is particularly spectacular as it provides a lengthy high-elevation trek across its summit.

West of Stony Clove Notch, the latter portion of the trail is rarely traveled for day trips and often reserved for those attempting an entire thru-run of the Devil's Path. Passing through former logging areas and abandoned campsites, berries can be often found in-season as you make your way to Devil's Acre. To the north, a yellow-blazed spur leads to Hunter Mountain where an old fire tower sits atop its summit. To the southwest, follow a former railroad bed to a secondary, more elusive summit rarely visited.

Passing through Diamond Notch, the final summit of West Kill Mountain makes for the last high peak of the run. Cut in 1969, the approach to the summit is rather direct, again demanding three points of contact as it climbs through a steep rock chute. Along the way, you will find a few views, but none at the summit. You will, however, find a placard denoting the accomplishment.

The final portion of the trail is little visited, but straightforward, as it makes its way west, then north to its terminus. Take in the final bits of flora and fauna lining the trail as it undulates to its ending point along Spruceton Road. 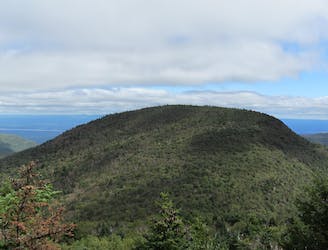 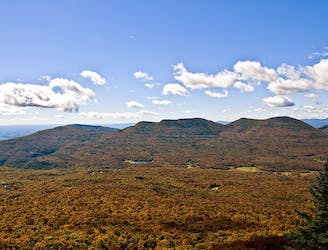 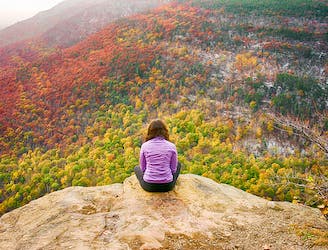 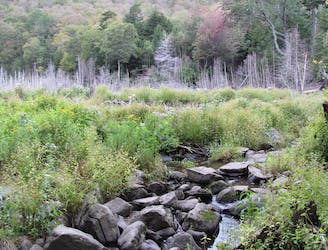 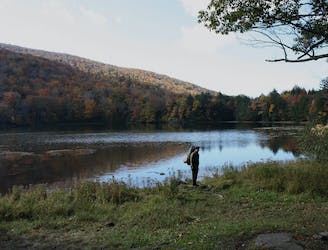 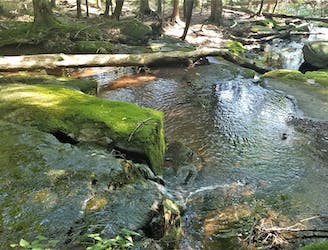 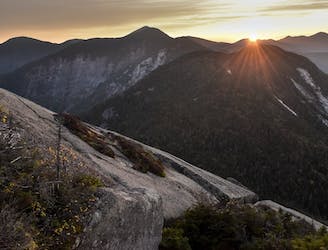