A family-friendly hike with gorgeous views the entire way.

If you’re looking for a kid-friendly hike that the rest of the family will also enjoy, look no further than Grandstaff Canyon.

Grandstaff Canyon (originally referred to by the locals as “Negro Bill Canyon”), was "named after an African-American prospector named William Granstaff who grazed livestock here in the late 19th century,” according to VisitUtah.com. Bill Granstaff lived in this canyon for years, before fleeing the state "after being charged with bootlegging whiskey to the Indians,” according to Wikipedia.

The hike itself begins conveniently right off Highway 128. However, if you want a parking spot, be sure to get here early on busy spring weekends—this hike is extremely popular, and the trailhead often overflows onto the highway. The popularity is well-earned. The four-mile round trip hike is relatively flat, and is very achievable even for most kids—as evidenced by the number of families that frequent this trail.

The trail runs up the bottom of the canyon, crisscrossing a refreshing stream. This “small, perennial stream” cut the canyon into the Navajo Sandstone, creating "an oasis of cottonwood and willow trees, cut off from the desert above by towering sandstone cliffs,” according to DiscoverMoab.com. Indeed, Grandstaff Canyon is extremely out of character when you think of hiking in Moab. While the sandstone cliffs soar above you, you’ll spend most of your time hiking through dense undergrowth and green grass.

The turn around point is Morning Glory Natural Bridge. With "a span of 243 feet, it is the sixth longest natural rock span in the United States,” according to DiscoverMoab.com. Oftentimes when you reach the arch, you’ll see groups finishing a canyoneering route by rappelling down between the arch and the cliff face. Maybe for your next adventure, you’ll have to tackle the entire canyoneering route instead?! 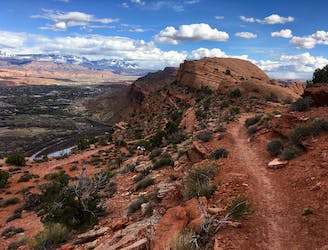 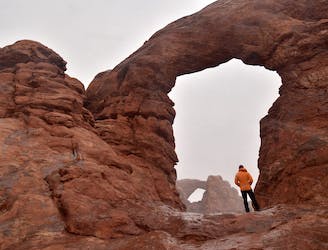 Home to the largest concentration of natural arches in the world! 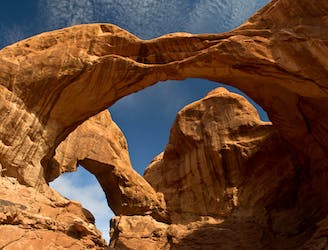 One of the easiest hikes in Arches National Park leads to one of the best views! 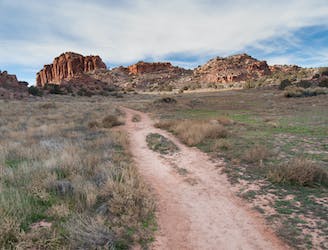 Hike right from the outskirts of Moab up into a beautiful valley. 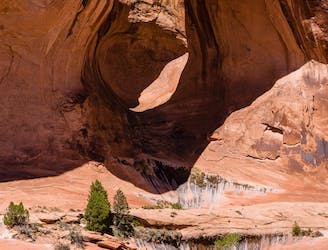 A short hike to a massive freestanding arch. 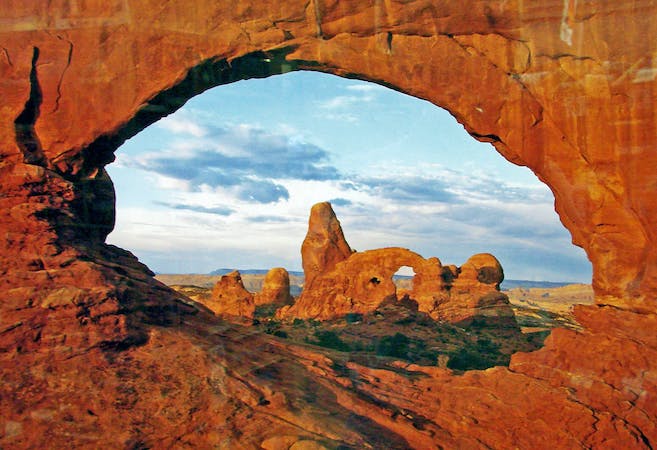 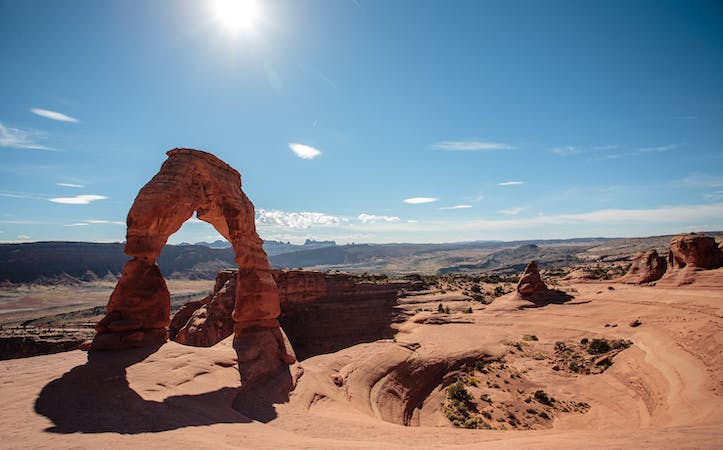