Explore the best trail runs near the outdoorsy city of Portland, Oregon.

The Pacific Northwest is unlike any place in the world. Towering trees dominate the landscape, and above their vaulted canopy rise glaciated volcanoes visible from hundreds of miles around. The understory of the rainforest is covered in brilliant-green ferns, moss-covered logs, and singletrack trails soggy from the constant rain. Drizzle and mist filter down through the forest canopy, and walking through the fog, ferns, and trees can feel like a trip back in time to a prehistoric era.

The city of Portland is renowned as the gloomiest city in the Lower 48, with 222 gloomy days, according to Move.Org. It's second only to Anchorage, with 239 gloomy days per year. While the amount of rain and cloud cover may seem to be a deterrent from heading outside, the city of Portland serves as a gateway to an absolutely world-class outdoor mecca in the greater Mount Hood region. Local residents aren't content to stay indoors, and the population is fit, active, and adventurous. The region offers world-class opportunities for downhill skiing, mountaineering, rock climbing, mountain biking, kiteboarding, stand-up paddleboarding, kayaking, hiking, and of course, trail running.

While the climate may be wet, the Pacific Ocean moderates the temperature dramatically in the lower elevations. Even in the depths of winter, it's exceedingly rare for Portland to receive snow, and temps generally hover in the low 40s. Consequently, trail running and other trail-based sports are true year-round activities in the PNW. Many of the routes in this guidebook are accessible without snowshoes all year, while some of the higher elevation trails can easily receive over 20 feet of snow per year.

If you're looking to escape the press of civilization and the rat race of suburbia, dive into this guidebook for a roundup of 5 of the best trail runs in the greater Portland area.

"The longest soft-surface hiking trail" within an urban boundary is found right here in Portland, Oregon. (Source) Designated as a National Recreation Trail, the Wildwood Trail winds through the expansive Forest Park for an astonishing 30 miles, providing an epic in-town point-to-point run. At over 5,100 acres, Forest Park itself is one of the largest urban forest reserves in the country—and the Wildwood trail is just one of many trails in the park. (Source))

To gain stunning views of Oregon's favorite mountain (Mount Hood), run to the top of the nearby Tom, Dick, and Harry Mountain. And if that's not enough, try circumnavigating Mount Hood on the epic 40-mile Timberline Trail!

The Trail of Ten Falls is one of the region's stand out runs, passing 10 thundering waterfalls in less than 8 miles of running.

Finally, for an off-the-beaten-path route that rewards with stupendous views, head to Tillamook State Forest and run the steep Elk and Kings Mountain Loop. 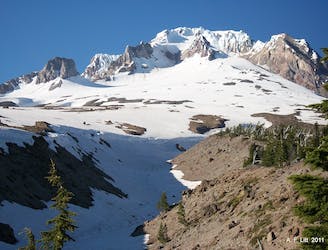 One of the finest FKT routes in the Pacific Northwest! 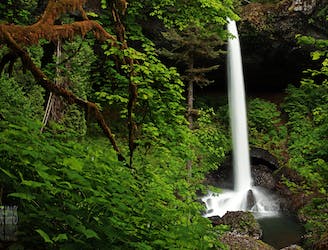 One of the finest trails in the Pacific Northwest! 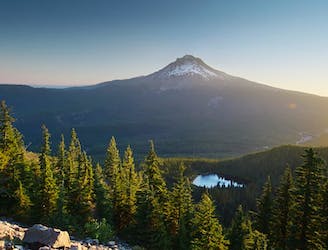 A popular trail to gain incredible views of Mount Hood. 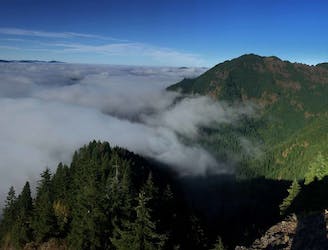 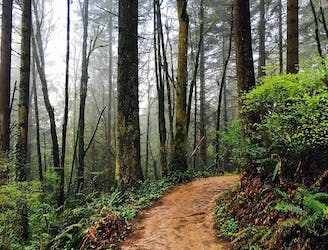 "The longest soft-surface hiking trail" within an urban boundary in the USA. 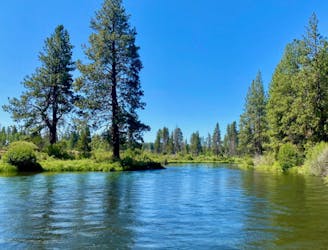 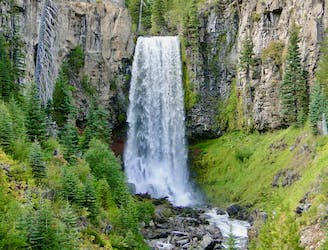 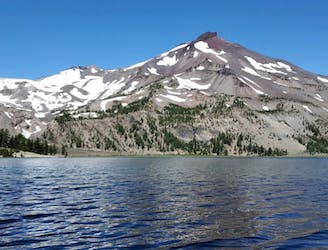 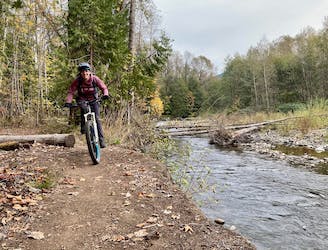 An Easy Introduction to the Cascades in Oakridge 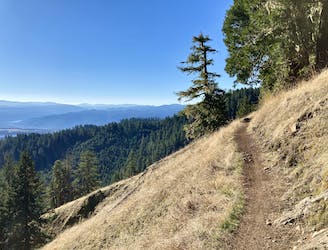 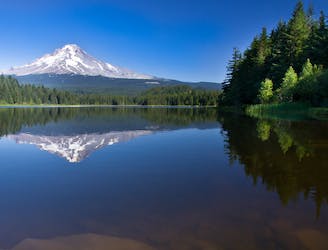 Escape into Nature: 10 Best Hikes near Portland, OR