Route 4 holds very similar characteristics to the very steep Route 3, however this one adds another little gut buster. Really needing a lot of snow to get going (a good guide would be around 150 cm at Spencer's Creek), Route 4 begins at a steep gradient, and remains there, until going over a bulge of sorts around two thirds of the way down, before plunging even more steeply towards the lake, just be thankful that there's a safe runout. From Carruther's Peak, head about 100 metres east, then you will see a relatively narrow chute below you, seeing the first half before being obscured by the rock bands below. Make sure you scope this line, and that it has enough snow to ride, as you don't want to be stuck on the rocks below with no snow. When there is enough snow, this area holds it really well, in a good year even this line is skiable into November. That being said, it is also good to always take an easier line, eg. Route 5, first to assess snow conditions, as this area can become notoriously icy in winter. Another reason to scope the run is also to spot hazards, such as cornices which commonly form both on the rocks and up towards the peak itself. The best way back up to Carruther's Peak, is to head up the gentler western side of the lake then following the ridge line around, above the other routes, to the peak once again. 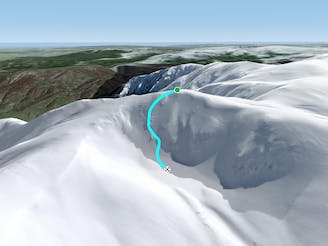 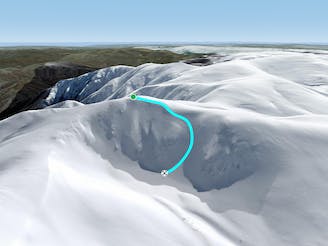 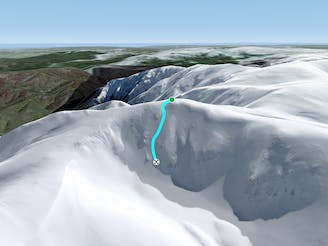 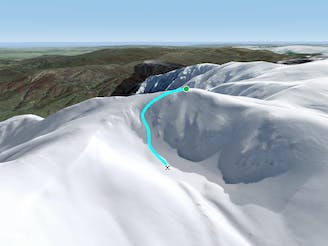 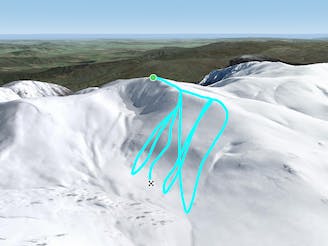 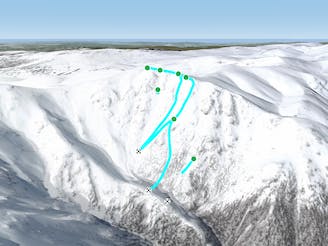 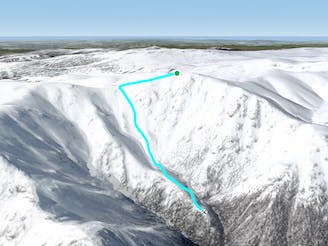 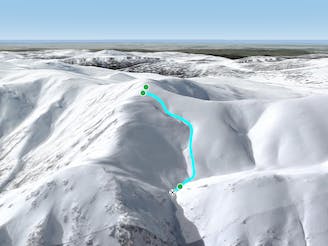 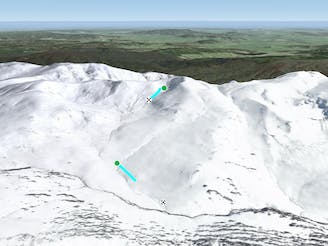 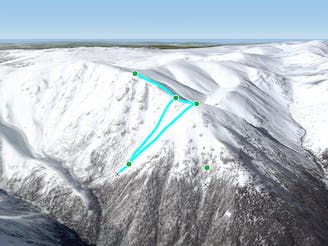