Leading out west between Abbott Peak and Mt Townsend this run can grant about 500 metres of vertical with incredible views out over the range, and can often catch snow which blows into the bowl after a snow storm, despite its westerly exposure. The easiest access point is to drop down directly towards Abbott Peak from Townsend to the saddle between the two peaks, from there I would suggest sticking to the skiers right side of the gully, as lower down the trees getting thicker far faster on the left hand side costing you some vertical, and snow can hold better on the more southerly facing right hand side. That being said, this run can hold sharks lurking beneath the cover, and is best skied when there is at least one metre of snow at Spencer's Creek, but of course make sure you scout conditions whilst you are there. For the adrenaline seekers, another option to access this area is from the top of Townsend, head along the ridge line in between the West Face and the Gully, (make sure you have good visibility for this one) and as you ski down you will see a sort of saddle before the ridge drops down after the approaching knoll. Swing left before the obvious rocky outcrop and you will see a nice wide chute of sorts, which gives a bit of a kick to an otherwise mellower run. Make sure you have the conditions right for this one, it can sometimes hold really, really nice snow, whilst other times can be icy as hell. Negotiate the rocks, and you will find a relatively open slope down towards the creek. The best return route is to hike back up the drainage gully to the saddle between Abbott and Townsend. Take care in early and late season, and always assess snow conditions. 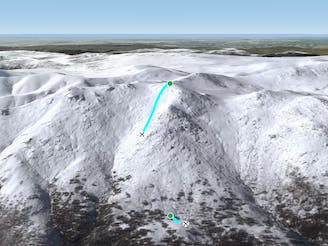 From the summit of Townsend, this run provides 500 metres of continuous fall line, some of the highest on the range 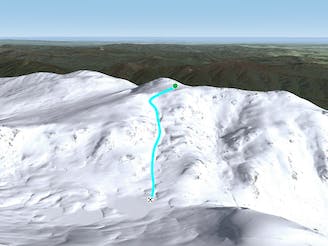 A real favourite in the right conditions, a great gullied run from the shoulder of Townsend down to Lake Albina. 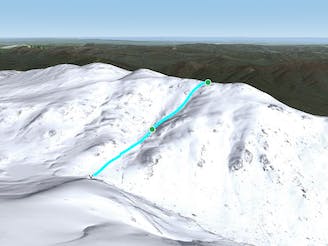 Another classic off piste run, with incredible views down the valley to boot. 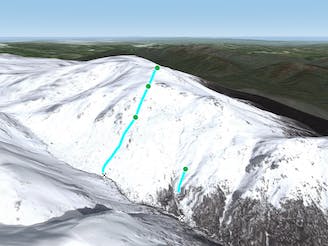 A fantastic run with consistent fall line from Alice Rawson Peak, down into Lady Northcote Canyon 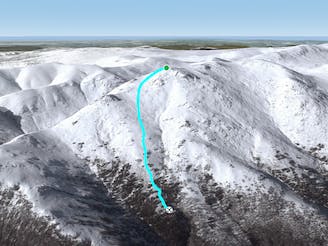 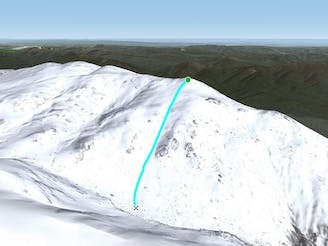 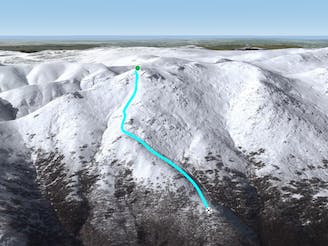 Heading north west, then hooking southwest off Alice Rawson Peak, this run provides fews and the vertical to boot. 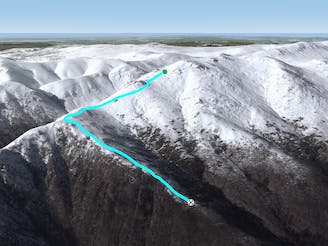 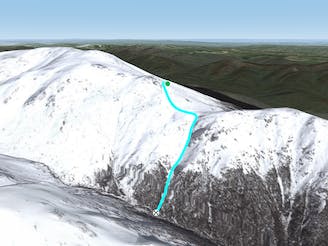 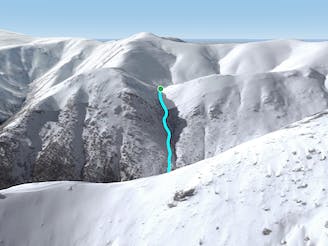