A short but physically challenging ride through some of the most rugged scenery in Austria.

This is a beautiful ride through the wild and untamed Karwendel range - possibly the most "out there" national park in the whole of the Alps. It's certainly one of the few places in Europe which is reminiscent of the big American National Parks, and for most of this ride you'll feel like you could easily be in Washington State or Montana.

Start riding at the Karwendel parking area on the south-east edge of Scharnitz village, which can be reached by car or train. Ride east-southeast on a tarmac road and then cross the turquoise Isar river on a wooden bridge to reach a jeep track.

Follow the jeep track as it climbs steeply up the hillside opposite the main Karwendel ridge. The views on the climb are utterly spectacular but it's a tough ascent and, frankly, a bit of a slog! Keep grinding - the climb is relatively brief and the effort you put into it is compensated by the view. After around 300 vertical metres of ascent the track descends and then traverses to the foot of a second climb which begins next to a beautiful little chalet.

The second climb is initially steep but doesn't feel quite as tough as the first one. The ascent goes through some wild and incredibly peaceful forests and is an utter joy. Eventually you crest a small ridge at a clearing, at which point you are just 50 or so metres from a well earned drink at the beautiful Oberbrunnalm hut. Turn right, climb those 50 metres and enjoy your reward! The hut is beautiful and enjoys a spectacular view across to the Seefeld peaks. Many Austrian huts have recently been renovated and turned into modern, glass fronted horror shows but the Oberbrunnalm remains charmingly old school and rustic.

Having soaked in the view and hospitality, descend on a good track down into a deep cut valley which in turns leads to the village of Gießenbach. Hang a right and follow the road for 10 minutes back to Scharnitz. 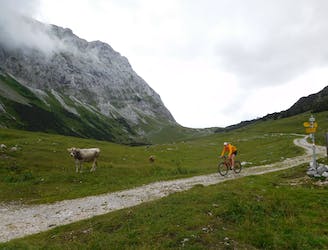 An über classic loop through one of Europe's wildest mountain ranges 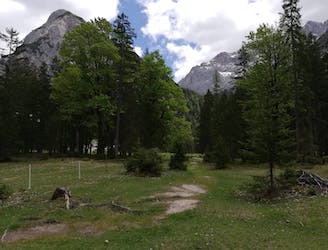 Scharnitz to Jenbach via the Achensee 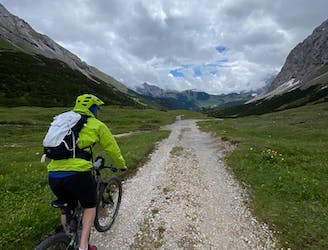 A huge ride traversing one of Europe's wildest National Parks. 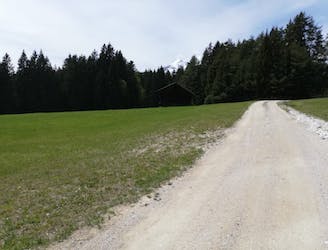 A cruisy loop through quiet and atmospheric forests 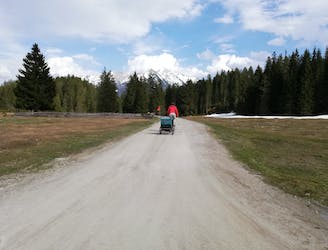 A gorgeous circuit through peaceful forests 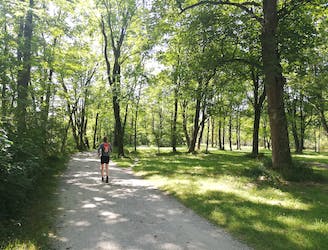 Half a Dozen Beautiful Rides from Seefeld & Scharnitz 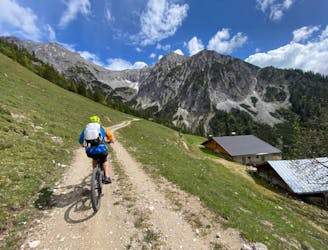 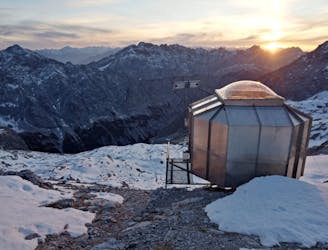