Mount Rundle is the iconic, tilted mountain just south of Banff townsite. The west face is less steep than the rest, and it’s the side that the “Normal Route” takes to the summit. A worn path exists all the way to the top, so the difficulty borders on extreme hiking and easy scrambling. Keep in mind that any snow or wet conditions can quickly tip the difficulty toward technical mountaineering rather than easy scrambling, however. Go when the weather is dry and the slopes are visibly snow-free.

From the trailhead near the golf course, you’ll first follow a well-constructed path through the forest on the mountain’s lower slopes. Eventually, you’ll reach the base of several switchbacks, which cut through broken cliff bands; take these for your first taste of some exposure and quick elevation gain. The trail then resumes a contour through the forest before reaching a dropoff into a large gully.

This is the Central Gully, and it’s where the scrambling portion of the route begins. You’ll have to carefully cross rock and snow debris in the gully to gain the ridge on the other side. The route then goes more or less straight up a ridge, which is forested but steep and often slick. Just follow the well-worn path up to the treeline.

Above treeline, the ridge gradually narrows to a dramatic spine called the Dragon’s Back, where slopes fall away steeply on either side. The surface is mostly stable bedrock, but loose sections exist, so use caution and stay on route. Above the Dragon’s Back, loose scree takes over and it’s a bit of a slog to the summit, but easy to follow. Once at the summit ridgeline, traverse a little way along it to reach the highpoint.

To descend, it’s important to retrace the route exactly. Dangerous terrain lies on either side. Follow the worn path down the scree and stay on the spine of the Dragon’s Back, using very careful footing. Once in the trees, look carefully for the worn path and yellow markers, which guide you back to the not-so-obvious end of the trail across the Central Gully. 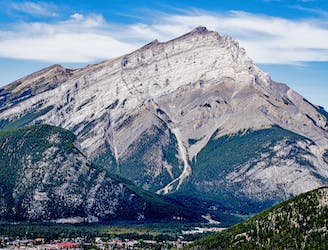 Hike and scramble to the top of an impressive peak just outside the town of Banff. 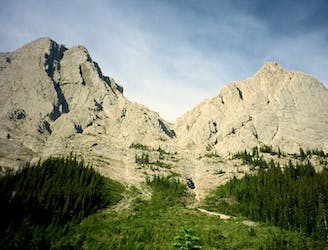 Hike and scramble to the first of Mount Edith's three peaks. 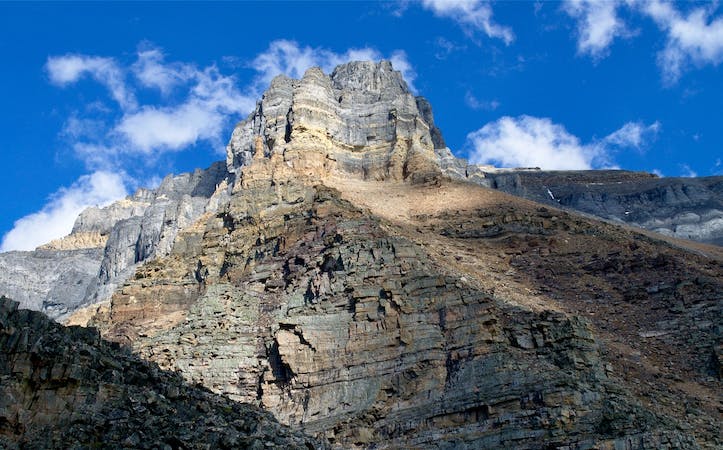 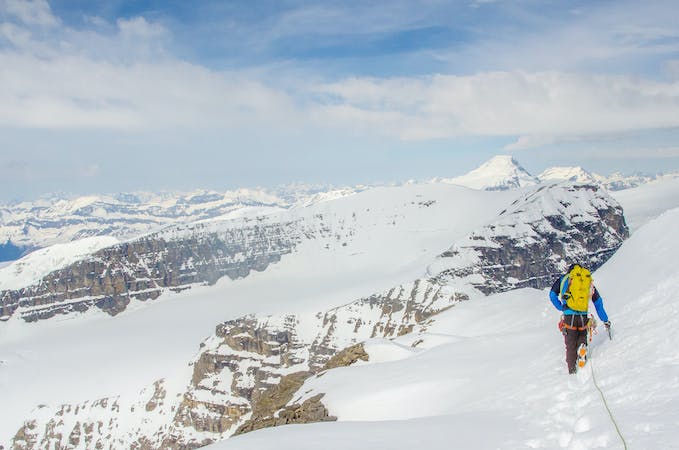