One of the longest and best loops at Crawford - this trip is all about the journey and the views.

With a long, winding ascent followed by a fun but easy trail down, this is a trip for riders who enjoy views and ambience as much as riding itself. The Myra Bailout trail is a great journey, but has very few technical sections and isn't going to present many problems to intermediate or advanced riders.

The long climb from the Crawford trails parking lot up to the Kettle Valley Rail Trail (KVR) can be done several ways. It's possible to just climb the Lost Lake Trail (which is described elsewhere in FATMAP) all the way, or to do what we've drawn here and combine Lost Lake with the Pink Highway, Blancher's Silver and Captain Nemo. This way of climbing to the KVR is varied, scenic and never steep enough that you'll need to get off and push for more than a couple of metres at a time.

Regardless of how exactly you get there, reaching the KVR feels great - partly because the hard work is over and partly because you'll be at a famous landmark with a storied history. The KVR itself can be ridden in its entirety over the course of a week and doing so is a fabulous way to see interior BC.

Head north-east along the KVR (which is flat and easy to ride along) and then drop into the Myra Bailout (which is signposted) as it begins to swing around to the south.

The riding all the way down the trail is straightforward and there are no significant obstacles. Most of the riding is one smooth and easy singletrail where the only major challenge is keeping your eyes on the trail rather than looking at the fabulous views!

When the Myra Bailout ends, jump on the Fairline Trail and follows this and it descends and then undulates over to the parking lot. 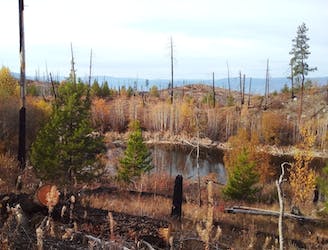 Crawford's longest ascent leads to one of its fastest descents! 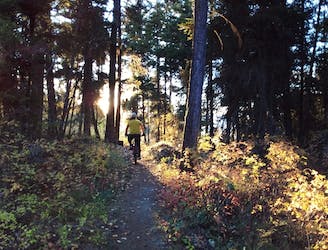 A wonderful loop linking some of Crawford's best trails 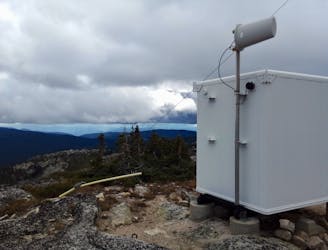 A beast of a day up a local landmark 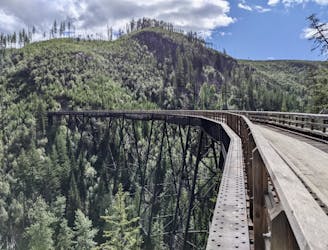 Kelowna's most famous easy ride is well worth the hype! 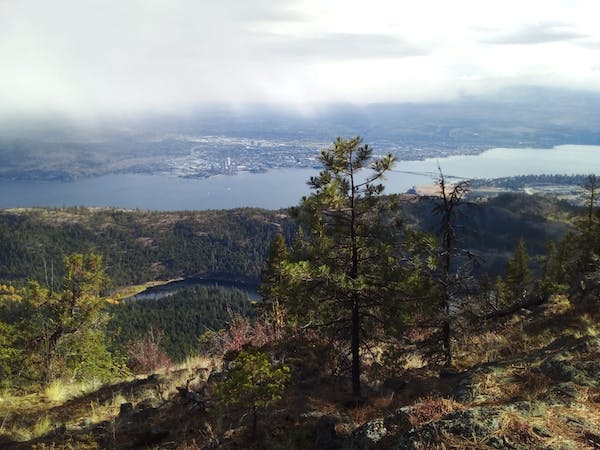 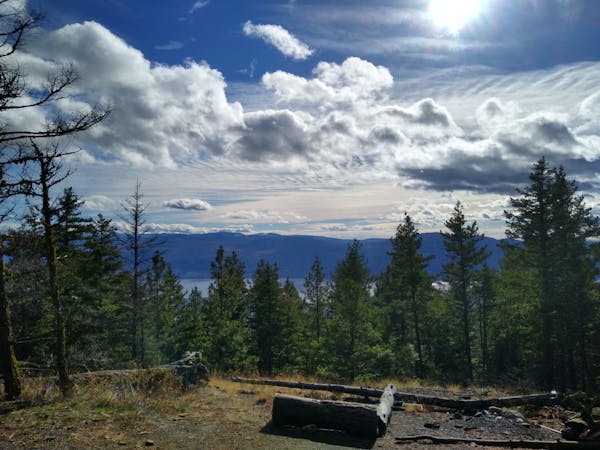