The La Balme sector is a freeride paradise. There are a multitude of lines that vary from straightforward open faces to chutes with rock jumps in the middle of them. There used to be a chairlift to the high point of the Crête de la Balme which made things easier but it also meant that the lines got tracked out much quicker. Without the lift, accessing any of the La Balme lines now requires a hike of 10-20 minutes. Start at the top of the Vallons or Cucumelle chairlifts, walking south along the ridge for a few minutes at which point you’ll be able to put your skis back on and take as much speed as possible along the same ridge. Once you can’t get any further on your skis, hike the rest on foot as far as the small cabin at the top. Helpfully the ridge nearly always has a nicely groomed cat track in it as it is used by the ski patrol to get from one valley to the next quickly and for avalanche control. This makes the going easier. To get to the main face, continue on the pisted track until it turns sharply to the right. The north face is to the left. All that remains to do is to pick your line and go. Your next stop should be the Cucumelle red piste. 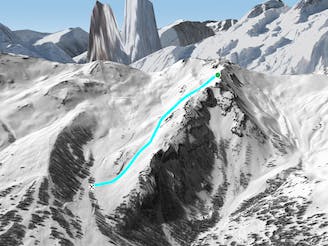 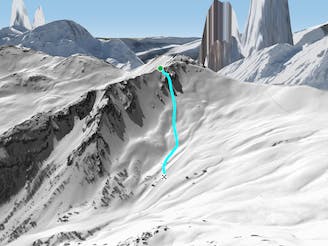 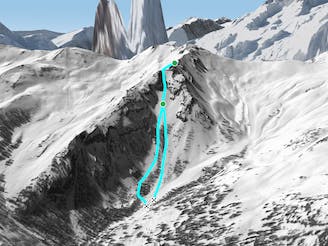 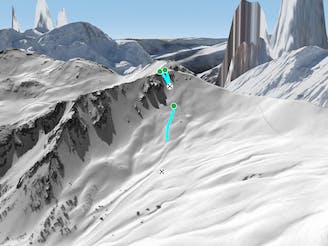 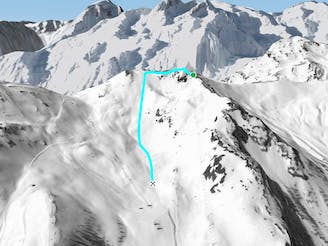 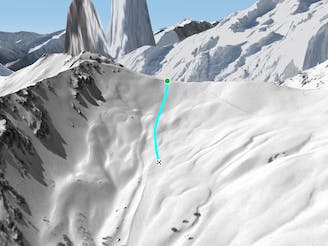 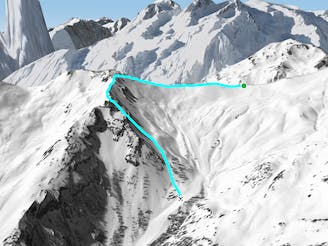 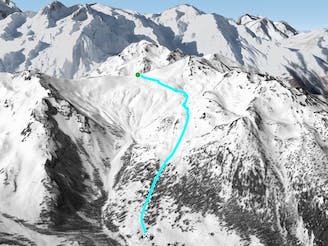 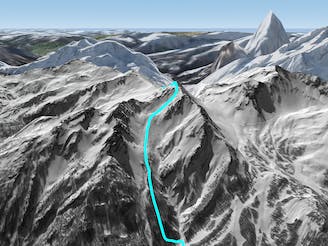 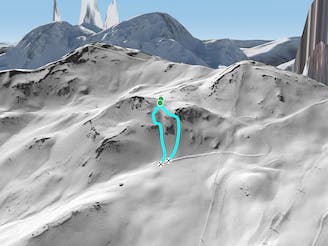 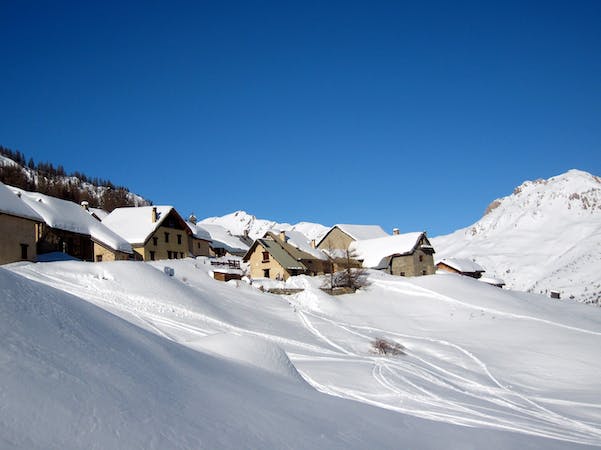