From the hut descend diagonally, gently to the SSE, before putting on skins and climbing up, again gently to start with, then much more steeply. Gain the obvious hanging valley, coming down from the Glacier de la Grande Ruine.

In a good snow year, to start this ascent, you may be able to start up the line of the summer stream bed itself, then break out R through rocks, to gain an easier shelf above. Often you may need to climb further R, closer to the line of the summer footpath. Ski crampons are likely to be needed earlier rather than later, as it is a W facing slope, likely to be hard and frozen in the shade in the morning. Continue E on open slopes, now easier angled, in the direction of an obvious ridge that descends from a longer ridge, that goes from Pic Sud des Cavales to the Roche Meane. Once below this ridge you start going more to the S, traversing beneath another large cliff, onto the Glacier de la Grande Ruine. You are heading round into the steep and crevassed glacial basin that leads up to the Col de la Casse Deserte, which lies immediately below Tour Choisy to its S. The lowest angled route up to the col is on the L side of the glacier as you ascend, but this may be impractical due to the crevasses. In which case you will have no option but to go up the R side of the glacier, in ascent, steeply under Pic Bourcet above you. The final slopes leading to the col are easier, with a final steepening, to panoramic views on both sides from the col, at 3483m.

The far side of the col is steep initially, hopefully sun softened but not too soft, leading onto much lower angled glacier below, where you traverse hard L, keeping height. You will only be losing about 200m in height between here and the hut, which is over a kilometre away. The traditional route here is through Col des Neiges, marked on the IGN map at 3348m, with a short snowy climb to reach it. It is quite steep the far side of there, so it may be better to take a slightly higher line, crossing under the spur above you to the N, that descends down from the Roche Meane. The route the far side of the spur/col, after an initial steep part, is a gentle traverse to the Adele Planchard Hut at 3169m. If you are quick and conditions are good, you can take in the summit of the Grande Ruine, 3765m before descent to the hut- this is also an option for first thing in the morning the following day, but in both cases it makes each day significantly longer. The temperatures and condition of the snowpack will play an important part in your decision making here. 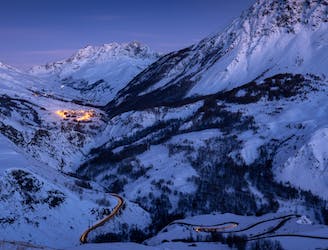 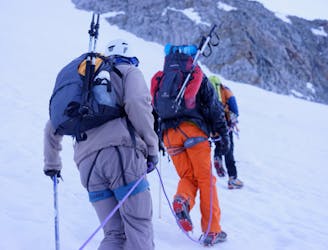 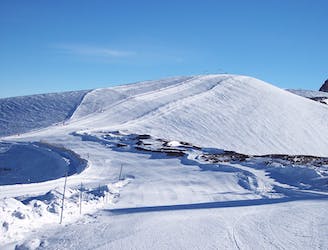 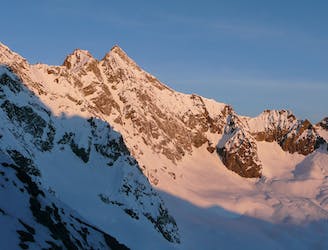 A crucial link up a complex glacier through a high col, with an optional peak 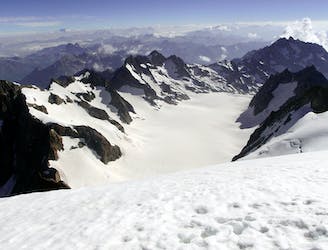 A famous ski mountaineering day, to the ski summit of the Dome des Ecrins (4015m) before a descent to the Glacier Blanc Hut 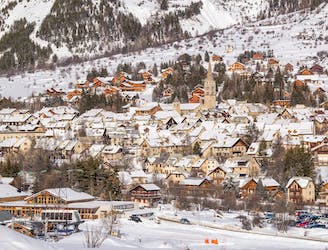 A relatively easy skin with a steepening to the final col before a nearly 2000m descent to finish. 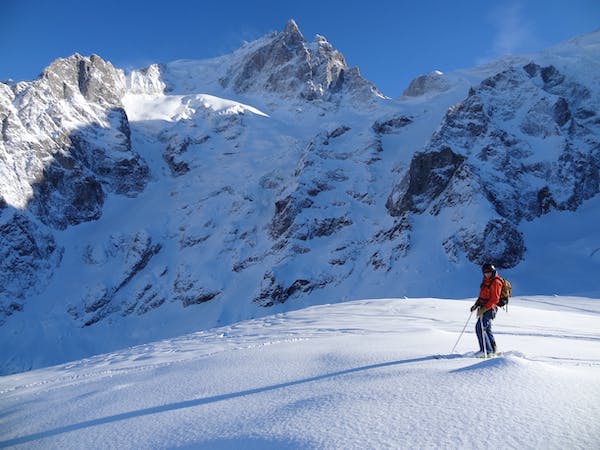