Potsdam to Saarmund Across the Ravensberg Hills

This long-distance hike across a chain of rolling hills is the closest you will come to a proper mountain hike near Berlin, or in fact, in all of Brandenburg. The two notable hills are the Großen Ravensberg (108m) and the Kleine Ravensberg (114m), which you will spot is strangely higher than its “großer” big brother. Along the way between Potsdam and the town of Saarmund, you will encounter a series of old observatories and the Einstein Tower.

From Potsdam train station, start by following the European long-distance hiking trails E 10 marked with a blue line to the forest at Telegrafenberg. Walking through the forest, you will see on your left behind the fence the Albert Einstein Science Park, which includes the famous Einstein Tower by Erich Mendelsohn (Solar Observatory, 1924), the Astrophysical Observatory (1876), the Magnetic Observatory (1888) and the Geodetic Astronomical Observatory (1892). The trail then takes you over a series of hills, including first the Kleine followed by the Groß Ravensberg. You will eventually leave the forest before passing by a couple of railway lines, through a tunnel and into a pine forest called Bergholzer Heide. You will then pass by two impressive windmills, which is also a great stop to spot and enjoy views over Nutheniederung. After the motorway underpass, the blue marking you have been following directs you to the right, but at this point, you need to carry straight on, bypassing an industrial estate and reaching the first houses of Saarmund. At a traffic light, go straight on to the centre of the village. The bus stop, from where you can take the bus back to Potsdam, is 150 m south of the main road. 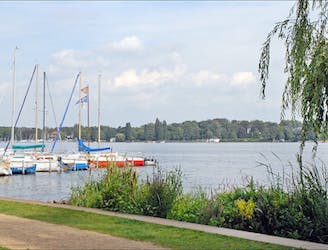 Explore the Wannsee area by foot on a 4-5 hour hike through forests, across rivers, and next to the Großer Wannsee lake. 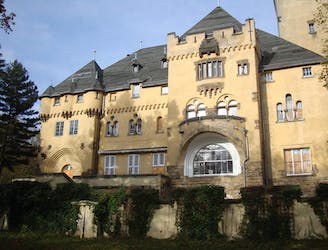 An easygoing walk in the countryside around the historic border town Kleinmachnow. 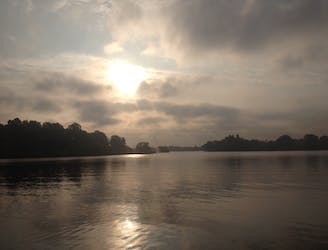 Discover the natural and historical wonders of Groß Glienicke by foot. 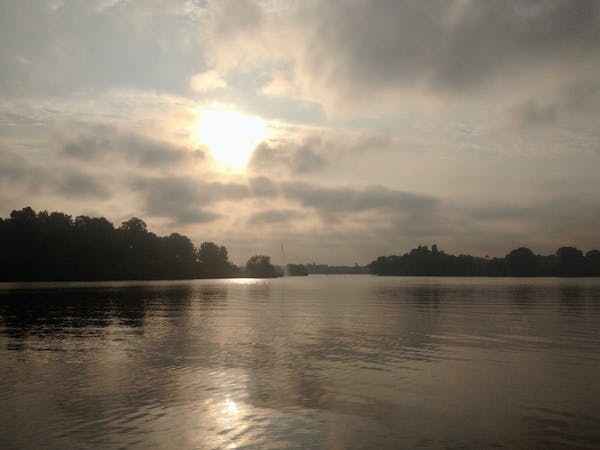