Leave the busy Sherpa capital Namche Bazaar behind by climbing north of out the village and getting on to the much-photographed traverse path that swings around to a famous lodge at Kyangjuma. Ama Dablam dominates the view from Kyangjuma and the lodge has an excellent bakery, all of which adds up to make it an excellent spot for a rest and a bite to eat.

From Kyangjuma begin climbing up to a spectacularly positioned chorten (a small Buddhist shrine) at a spot called the Mon La. In Nepalese “La" means col but the Mon La is not really a col, more a notch on a ridge. From the chorten descend about 300 vertical metres to a little village called Phortse Tenga, next to the Dude Kosi river.

From Phortse Tenga the trail up to Dole passes through a series of gorgeous rhododendron forest for about an hour, at which point the trees begin to thin out and you reach a small rise which enjoys an excellent view of Cho Oyu’s spectacular south face. You will be walking towards this face for the next few days and the sensation of approaching it only adds to the ambience.

From the Cho Oyu viewpoint a final short walk leads to Dole, a tiny village tucked into the huge hills. Coming to Dole straight from Namche involves a significant increase in sleeping altitude so before doing this day it’s recommended to have first had an acclimatisation day in Namche. Even if you’ve had an acclimatisation day it will still feel like a leap to now to be sleeping above 4000 metres so respect the altitude and drink plenty of fluids. 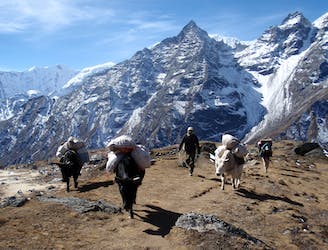 A wonderful day of trekking to a famous and atmospheric village. 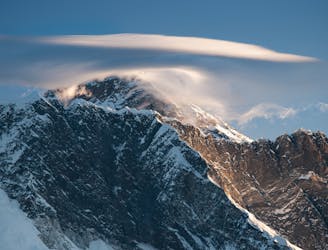 Day 3: The first full day in trekking in the huge mountains of the Khumbu is utterly wonderful. Leaving behind Namche Bazaar feels like the moment that you leave civilisation behind and enter the high Himalayan environment. 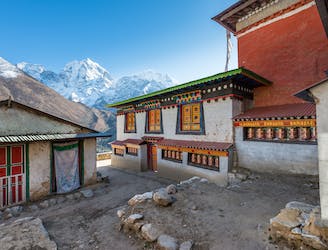 Day 4: A great but tough-feeling day where you reach the magical 4000 metre mark. The trekking is wonderful and the views staggering, but pace yourself and drink plenty of water - this is the day where most people really begin to feel the altitude! 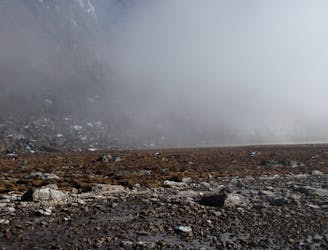 A beautiful day of trekking even deeper into the mountain wilderness that is the upper Khumbu. 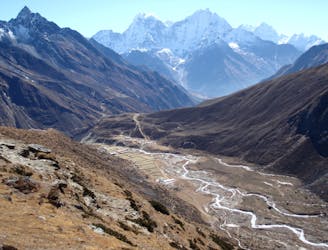 A short day which takes you even higher into the Khumbu’s huge peaks. 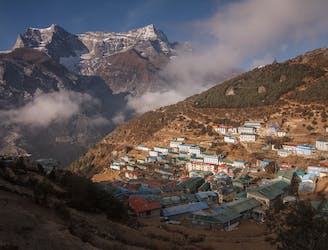 Day 2: After a day in the foothills yesterday, today's hike takes you into the high mountains and to the Sherpa capital; Namche Bazaar. 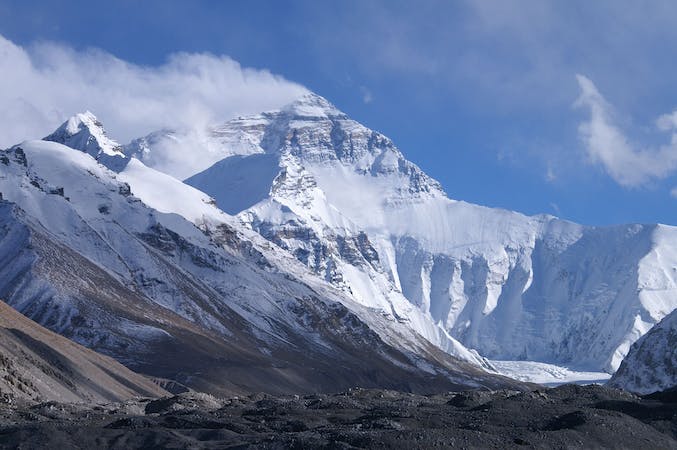 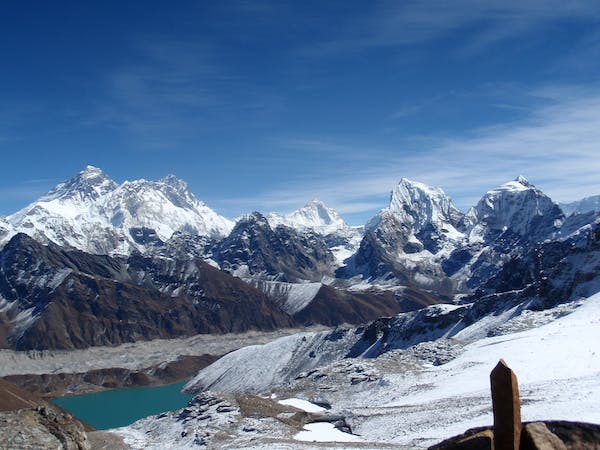