It could be called the "Vallee Blanche" of Zermatt but in reality it is considerably more serious. The glacier is more complicated, it is much steeper and it involves a small amount skinning to access the line. Fit parties can do it in a half day but best is to allow a whole day in case of any difficulties with the glacier or the navigation. In essence you are skiing on the Italian side to start with, then crossing through the border to Switzerland at a high col, from which the route gets its name, the Schwarztor at 3725m. From there down it is over 1000m of N facing glacier at a perfect angle for skiing powder, which more often than not it is. The final part of the descent is very gentle down the Gorner Glacier, through an impressive narrowing in the rocks and down to the pistes leading to Furi.

Take the lift system from either Cervinia or Italy to access the Klein Matterhorn lift from Trockner Steg. If coming from Cervinia check the time of the return lift from Furi to the frontier- it may be before 3pm. From the Klein Matterhorn there are usually tracks in leading E, underneath the Breithorn. Most tracks will lead up the main W summit of the Breithorn, but you are looking for other tracks that split off, taking a fairly flat route underneath the whole of the Breithorn on its S side. Skins will prove indispensible in deep snow; side stepping is possible but much more time consuming. Initially fairly flat the route then descends leftwards before rising gently under the steep cliffs of the Breithorn to arrive at the Schwarztor col after no more than 100m of skinning.

From the col you descend the opposite side, gently initially, diagonally down and R. Then head more down the fall line more steeply. You are looking to keep some rocks on your R, then tuck underneath them to the R to access wider and easier slopes. This is usually heavily crevassed with some small seracs in close proximity. Usually the slope opens up to more easier open terrain at this point and you have a fairly clear run down beautiful open slopes to the Gorner Glacier way below.

Once on the big nearly flat glacier follow it down to the L. Hopefully there will be a track in from other skiers, either also from the Schwarztor or from the Monte Rosa Hut. Head down off the end of the snout of the glacier and into the impressive gorge below through narrow rock walls. Watch out for the stream which way be partly frozen. The Zermatt guides sometimes put the odd rope in place here to protect exposed sections near the stream. You may need to walk parts of this, certainly in April onwards, heading eventually to join the piste that comes down from above on the L, crossing a bridge over the river and a short walk up to meet the piste, leading you down to Furi then Zermatt. 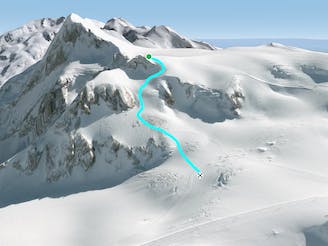 A steep and playful run leading you down to the glacier below.

Klein Matterhorn under the serac 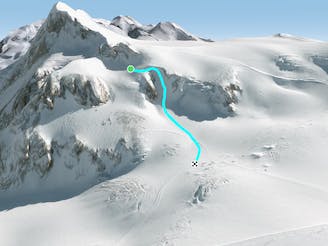 Steep powder under the serac 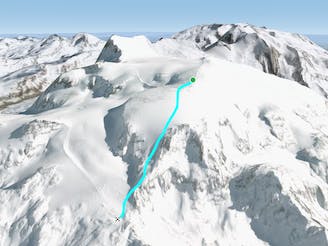 A nice line over the glacier 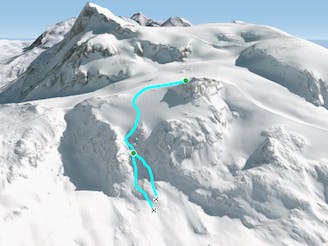 A classic line starting from Plateau Rosa and going towards the very center of the resort. For advanced and experienced skiers. 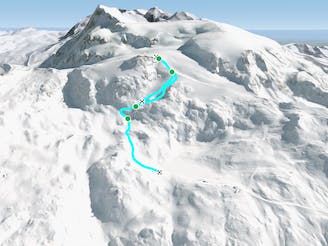 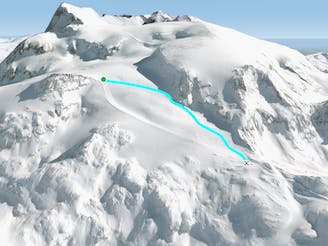 An easy wide off piste run that must be made with someone that knows this area, plenty of hidden crevasses here. 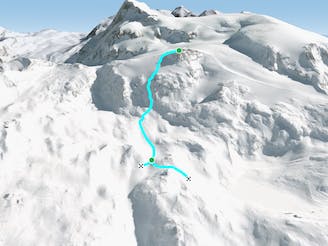 Another great classic, it's the more challenging line of Carlo off-piste route. For expert riders. 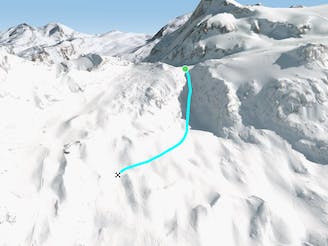 The very classic Teodulo freeride slope is one of the most known and haunted off-piste run. 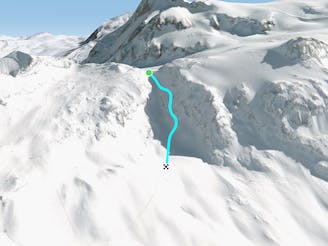 From the drop in, follow the upper left line as close as possible to the Theodul. The is the classic old line which is for experienced riders only! 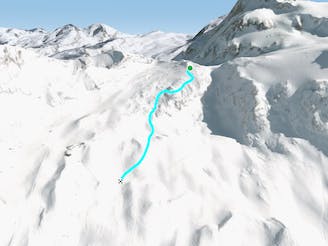 A classic ride between Theodulo and Bontadini runs. Sunny and wide. 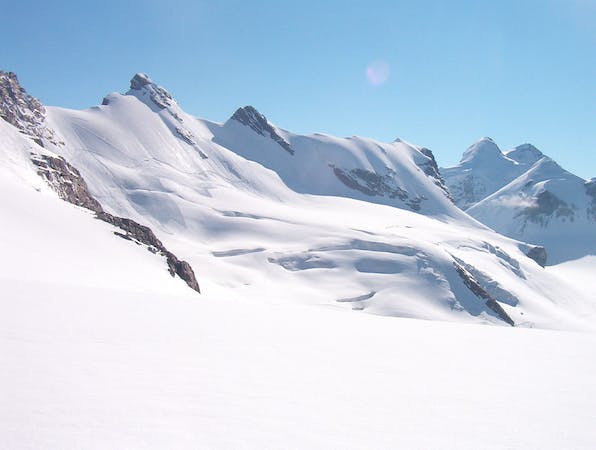 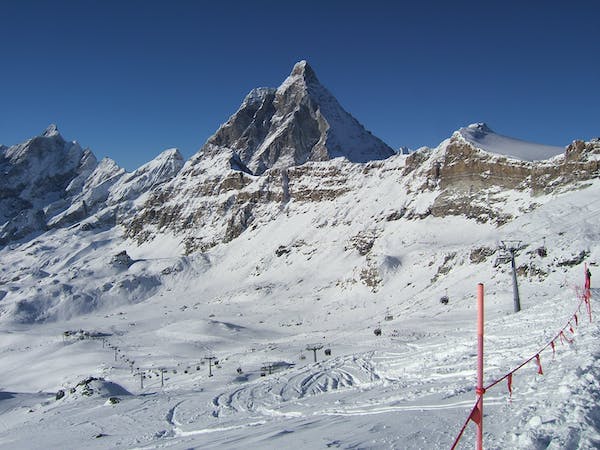