Find a variety of Chugach scenery on this long day hike or overnight trip, which begins from a popular trailhead but soon leaves the crowds behind.

These trails begin close to Anchorage but delve into the Chugach, stretching far beyond the popular trailheads to deserted fields of tundra and alpine lakes. Hike far enough and you may find a mountain vista with no one else in sight. The miles to reach the lakes keep most people away, even though the hike is not especially difficult. It’s commonly done as a day hike, but also makes a good beginner-level backpacking trip, setting up camp overlooking the lakes.

While the typical route is an out and back on Williwaw Lakes trail, the route mapped here is a variation that returns by way of the Ballpark. It’s a bit longer this way, and also made tougher by more elevation gain, but it comes with bonus views from elevated, treeless tundra of the Ballpark. As mapped here, the loop begins from Glen Alps trailhead and goes clockwise, though counterclockwise works as well. An alternative starting point is Prospect Heights trailhead, which is less crowded than Glen Alps but adds considerable distance. Both trailheads are within Chugach State Park, which charges $5 per vehicle for entry.

Starting among stellar views of Anchorage plus Table Rock and Little O’Malley Peak above, you’ll dip into the valley of South Fork Campbell Creek. Because of thick vegetation and limited range of sight, bear awareness is important, especially as you move farther from the trailhead. Be sure to travel in groups and make noise to avoid surprising them. Also, these lower reaches of the trail are known for being muddy, but such is the way of trails in Alaska. It’s best to slosh right through the mud, rather than going around it and thus eroding the margins of the path.

After some time rolling along the foot of the mountains, the trail turns and heads decidedly upward. As the vegetation thins higher up, views expand into a yawning valley crowned with one massive, triangular peak––Mount Williwaw, which is the tallest peak in the Chugach Front Range.

A steady ascent, mostly on good trail but with some boggy and some rocky portions, leads eventually to the Williwaw Lakes. This cluster of pools surrounded by green rests beneath the sheer face of Mount Williwaw. The largest lake is the typical place to turn around, but you might explore further in search of waterfalls, wildlife, wild berries, or whatever suits your fancy.

When it’s time, turn around and take the fork in the trail that leads to the Ballpark. This path climbs steeply through a boulder field near the base of O’Malley Peak, then levels on a higher bench of the valley where you’ll find a stunning, circular lake tucked between arms of the mountain. This is followed shortly by another, bigger climb to find yet another lake, smaller than the first but tucked deeper into the mountainside.

This upper bench is what’s known as the Ballpark, and as you continue you’ll see the reason for the name. As the trail turns downhill, you’ll face a broad, gently sloping plain of wide-open tundra, appearing like an alpine football field. At the far end is a vista of Anchorage, and to one side is the craggy ridge of O’Malley.

Crossing the Ballpark leads eventually to a short uphill, which gains a notch beneath Little O’Malley Peak. An easy spur leads to the summit, if you wish to earn an additional viewpoint. The way down is on a slope that often holds snow well into summer. You can choose to zigzag through the grass or try glissading down the snow. From the bottom of this hill, it’s a short distance back across the creek and up to Glen Alps trailhead. 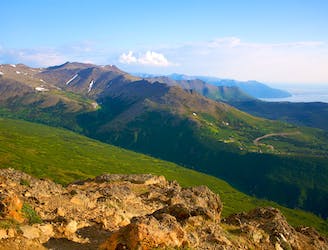 The classic hike and scramble to Alaska's #1 summit! 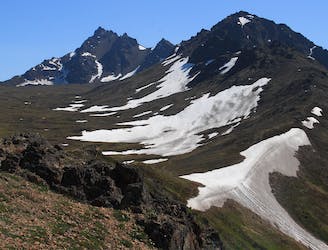 The most impressive peak rising from Anchorage, with a route to the top that's actually easier than it looks. 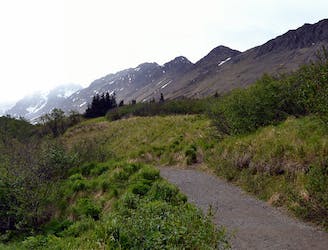 A scenic hike in the hills close to town, good for getting a feel for hiking in the Chugach 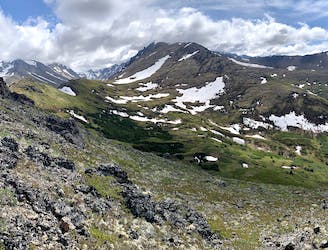 A local go-to for a steep workout with rewarding views. 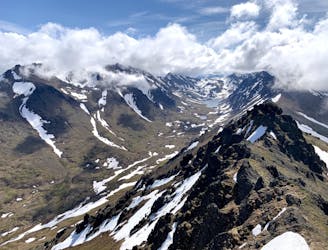 An enticing peak of the Chugach Front Range, making a worthy half-day objective from Anchorage. 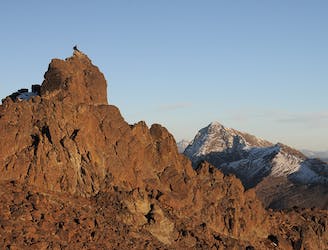 A prominent peak above Anchorage, overlooking the city plus most of Turnagain Arm and the length of the Cook Inlet. 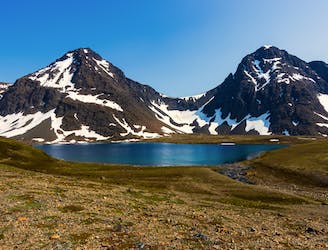 Hike all the way up from the sea to one of the prettiest alpine lakes in the Chugach, by way of a stunning glacial valley with nearly nonstop views. 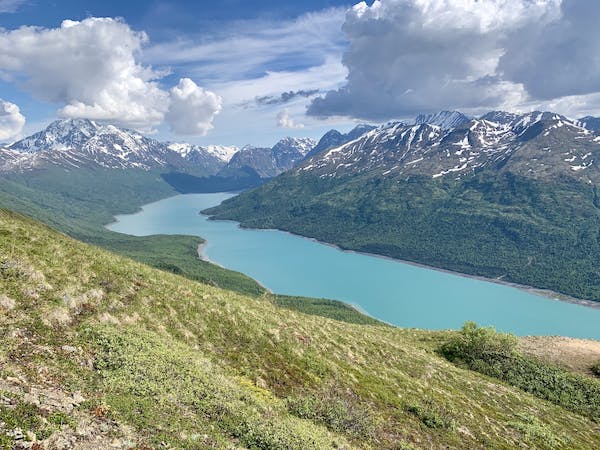 Enter the Chugach: 7 Trails to Try in the Mountains near Anchorage 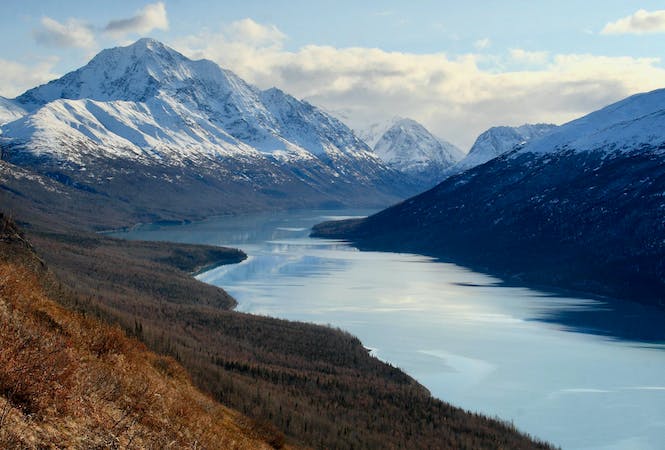 Easy Trails to Explore from Anchorage