In the Rincon Mountain (East) District of Saguaro National Park, Tanque Verde Ridge forms the dramatic backdrop. It’s the nearest mountain, rising steeply from relatively flat terrain of the Cactus Forest. The higher elevations of the ridge have a very different environment than the rest of the park. There are no saguaros, but instead woody forests that receive more frequent rainfall. To reach this cooler climate, and to find sweeping views over the desert below, hike the Tanque Verde Ridge Trail.

Mapped here is the full trek to Tanque Verde Peak, which is a highpoint on the ridge, but any distance out and back on this trail is worthwhile. Simply hike as far as time and weather allow. The trail offers no shelter from the elements, and no reliable water, so it’s only recommended on cooler days and when monsoon storms are not a threat.

Beginning from Javelina Picnic Area, off the Cactus Forest Loop Drive, the trail leads at first through giant saguaros and other cacti, and begins to climb the flank of the mountain, among rock outcrops and brushy vegetation. The trail is sometimes rocky, but mostly on coarse sand and natural gravel. It follows the broad crest of the rolling ridgeline, progressing upward in alternating ascents and small descents. For much of its length, the surroundings are open grasslands, dotted with taller plants that do little to obscure the 100-mile views. Distant mountain ranges form the horizon, and the city of Tucson splays out below.

At about 6.5 miles from the start, the trail leaves the ridgeline and descends into a small valley called Juniper Basin, where there’s a backcountry campground. Around there is the first real shade to speak of, among taller juniper and oak trees. There’s also a wash that sometimes streams with water or holds pools, but it’s seasonal and can’t always be counted on. Most people with sights set on Tanque Verde Peak will camp here (permit required), and go out-and-back to the peak as a day hike.

The peak is just over 2 miles beyond the Juniper Basin campsites. Weaving through leafy forest and standing boulders, the trail becomes increasingly steep and rocky as it goes. A few taller granite outcrops rise from the ridgeline, and the tallest of them is the summit block. The trail eventually runs into its base, and an easy scramble guards the summit. These last few moves are necessary to climb above the trees and reach the 360-degree, unobstructed panorama, from 7,049 feet elevation. 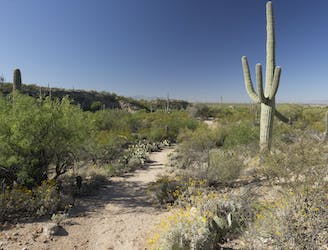 Short loop hike from the Cactus Forest Drive—great for kids and nature lovers of all ages. 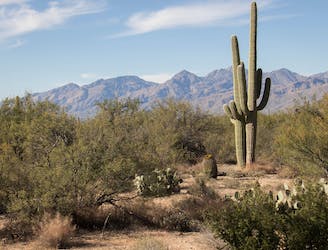 A scenic, varied, and uncrowded loop beginning in the Cactus Forest and climbing to higher views near the foot of the mountains. 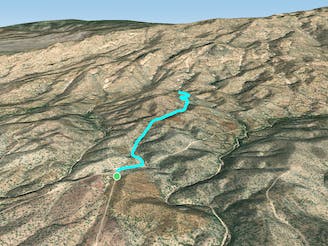 Short and sweet hike to an impressive viewpoint in a lesser-visited corner of Saguaro National Park. 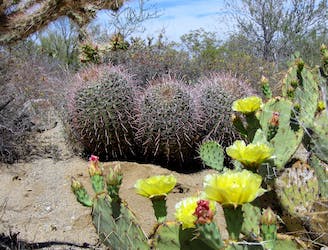 A relaxed stroll in the Cactus Forest, excellent for viewing desert plants, birds, and wildflowers. 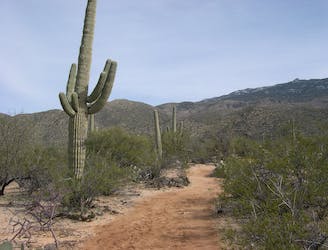 An easily accessed corner of the Cactus Forest, with especially rich desert flora and broad vistas. 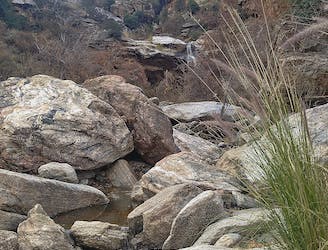 Hike through the foothills beside a rocky ravine, to a waterfall that flows with seasonal rainfall. 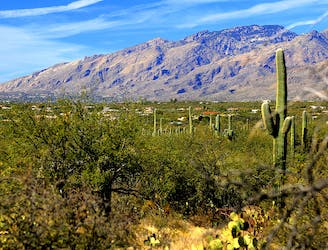 A tour of ranching relics and diverse nature, with views over Tucson from the rocky foothills. 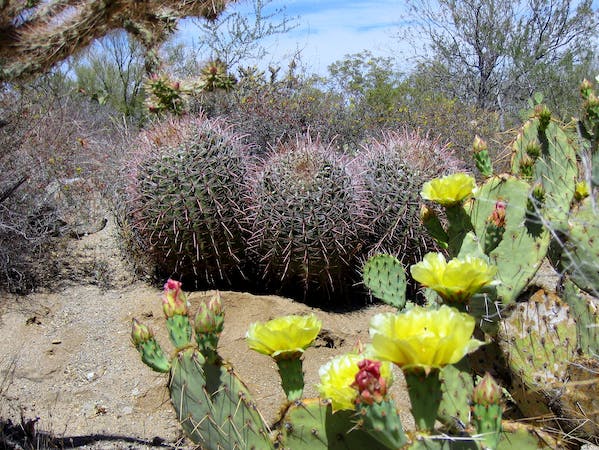 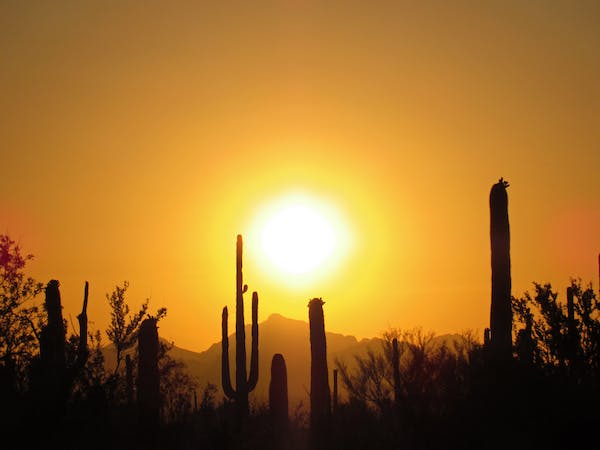 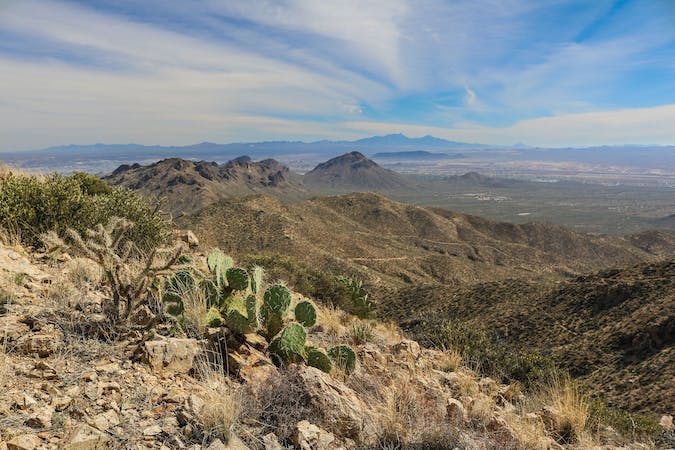