A classic loop linking some of the best trails around Schultz Pass just north of Flagstaff.

A Flagstaff classic, this circuit begins at Schultz Pass and links up some of the best mountain biking singletrack in the area. Pedal your way up a steep, but steady, gravel road towards Mount Elden, then ride downhill on the beautiful Sunset Trail on your way to Schultz Creek. A mellow, yet scenic, ride along the creek drainage finishes off your day as you make your way back down to the trailhead. If you're planning a ride around Schultz Pass, this is one of the best loops to start with or build upon. Riding through mountainside slopes shaded by pine, you'll enjoy equally impressive spring and summer wildflowers on this classic ride just north of Flagstaff.

To being this ride, make your way to Shultz Tank on Schultz Pass Road, about 20 minutes from downtown Flagstaff. There are no restrooms or facilities available, so plan accordingly before you leave town. The parking area can host dozens of cars and has enough space for larger vehicles, campers, or even small trailers to accommodate equestrian users. The drive there is mostly gravel once you are within the national forest, but it's well-maintained and suitable for most passenger vehicles. Plan to visit between the spring and fall to enjoy an array of wildflowers, or ride in the fall and experience the aspens as they transition from green into vibrant golden hues.

According to this source, the nearby peak was named after John Elden, "an early settler who arrived in the area in 1875," just prior to the founding of Flagstaff. "In 1887, his son was shot and killed, apparently as part of a dispute over the use of water at a nearby spring," of which Elden Spring was named in his honor. His son's gravesite is not far from the spring, though the family ultimately relocated to California following the incident. For residents and visitors of Flagstaff, the namesake trail is now one of the most popular rides in the region. 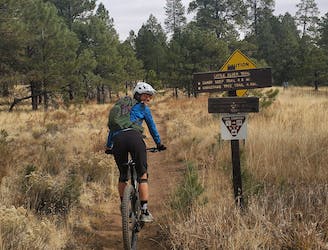 An epic bang-for-the-buck shuttle from Schultz Pass to the mall in Flagstaff. 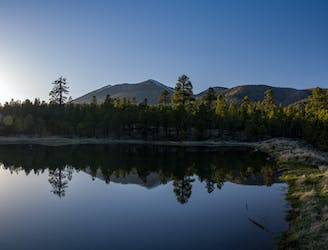 Follow the historic stagecoach line from Flagstaff to Grand Canyon during this 100-mile adventure. 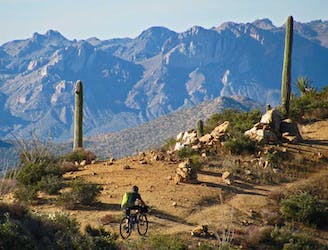 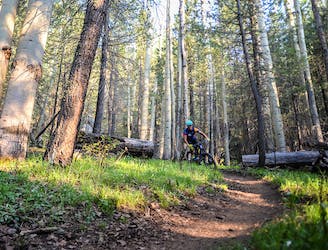 7 of the Best Mountain Bike Rides in Flagstaff