This brutally-technical ride out in the middle of basically nowhere requires both excellent fitness and bike handling skills.

The Tank Seven trail is a brutally-technical moto-legal singletrack that runs down from the Continental Divide Trail to Marshall Pass Road through a gorgeous valley. The rushing mountain stream, brilliant wildflowers, and whispering aspen groves make for a delightful setting… but for the mountain biker, all faculties must be trained on making it down the trail in one piece.

Tank Seven’s trail tread is narrow and rugged the entire way through. While many trails in the region feature rolling rocks on a wide, eroded trail tread, Tank Seven sports solid, reliably-embedded rock gardens and boulders along a narrow trail tread. Adding to the difficulty is the moisture. In many places, the creek overflows its banks and floods the trail, making the rocks slick with muck.

Even getting to Tank Seven is a challenge. While a few trails run up and down the mountainside to the west, accessing this trail from Marshall Pass to the east and north is definitely the easier and more enjoyable path. Portions of the Continental Divide Trail / Colorado Trail that runs to Marshall Pass are flowy, benchcut, sweet singletrack… and other sections are brutal hike-a-bike. With an old school trail design and accelerated trail wear from motorcycle usage, some of the climbs are brutally-difficult on a nonmotorized mountain bike.

Of particular note is the steep descent off the top of Windy Peak. Where Tank Seven features embedded rocks, the Windy Peak descent is heavily eroded and filled with rolling boulders, making for arguably one of the most difficult descents in the region.

Add the difficulty of access to Tank Seven’s own difficulty, along with the 10-mile gravel grind up Marshall Pass just to access the singletrack, and looping this short, sweet, gnarly descent quickly turns into an all-day chore.

Chore it may be, but that effort is still rewarding with a true middle-of-nowhere mountain bike experience that few will ever have the pleasure to complete. 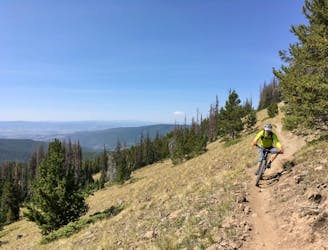 Widely regarded as the worst section of the Colorado Trail. 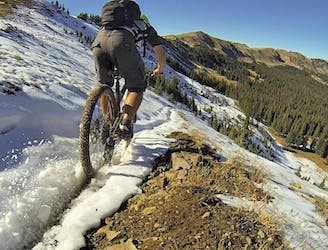 The shortest Monarch Crest descent is also one of the rowdiest! 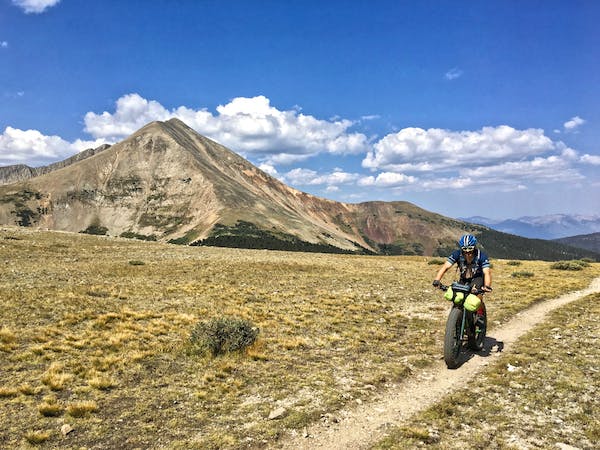 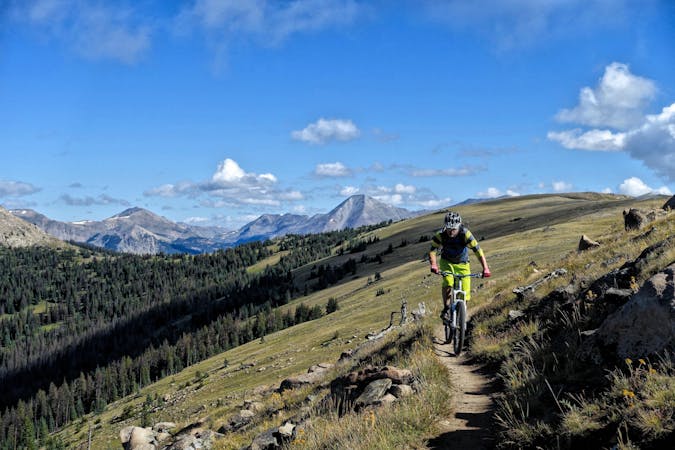 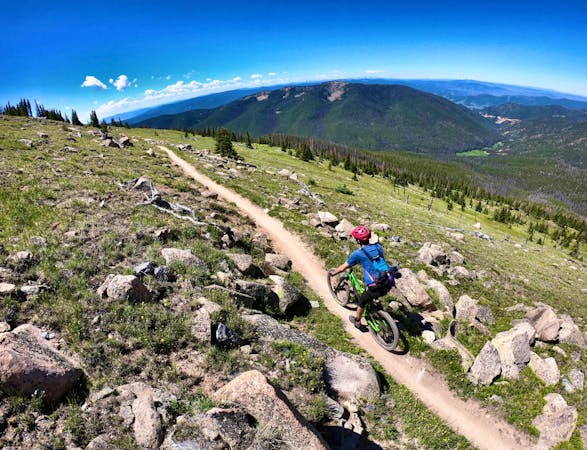 Pedal Both Alpine and Desert on Salida’s Best MTB Trails