A moderate hike to a 45' waterfall and deep swimming hole.

Less than 30 minutes from Brevard or the Blue Ridge Parkway, Courthouse Falls offers a beautiful 45' waterfall that fills a deep pool perfect for swimming on a hot summer day. The river's headwaters begin below the popular hike at Devil's Courthouse, a beautiful rocky overlook of the encompassing Courthouse Valley.

The falls can be accessed two ways. This route follows Summey Cove Trail from NC-215. It's less than 4-miles round-trip and considered a moderate hike to most. Alternatively, a seasonal unpaved forest service road leads to another trailhead closer to the waterfall. Though the shorter trek may appeal to some, the road is quite narrow and typically riddled with large potholes. Four-wheel drive isn't required, but lower clearance cars may have an issue with the deep ruts.

This route begins with a climb to a gap between two peaks before descending into a cove. Less than two miles in, look for a red-blazed spur trail to the falls. A steep descent down a flight stairs leads to the base of the Courthouse Falls. After you've snagged some photos, take a dip in the cool waters. The depth of the pool is unknown, but its commonplace to jump in from an adjacent rock. 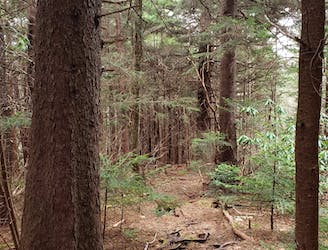 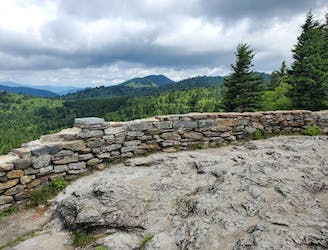 A short hike to an overlook with expansive views. 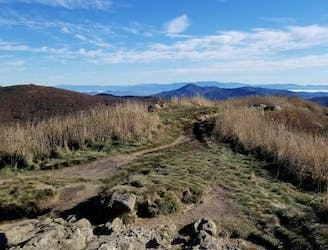 A staple hike on the Blue Ridge Parkway renowned for its endless 360-degree views. 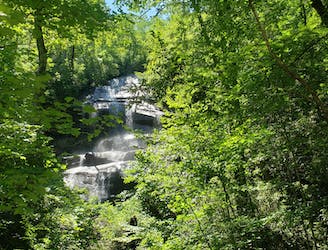 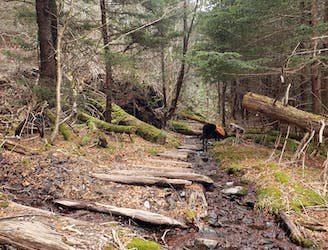 A lightly-traveled loop through an old logging area turned wilderness. 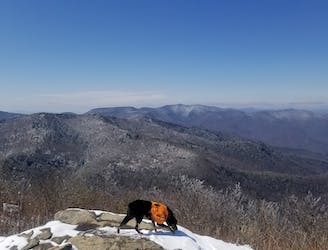 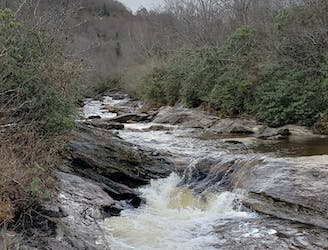 A classic waterfall hike along the Blue Ridge Parkway. 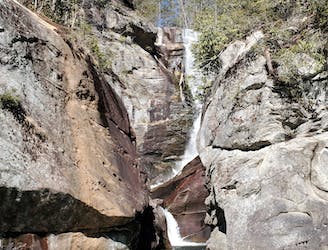 A steep trail with fixed ropes leading to one of the most spectacular waterfalls in Western North Carolina. 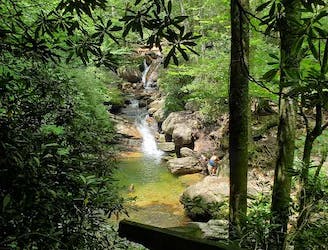 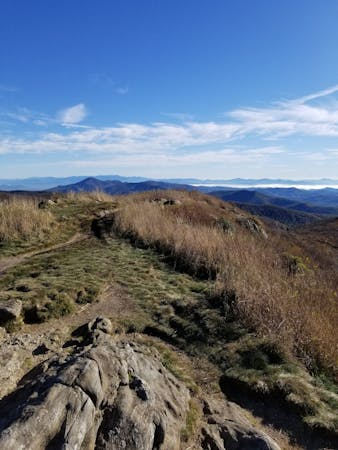 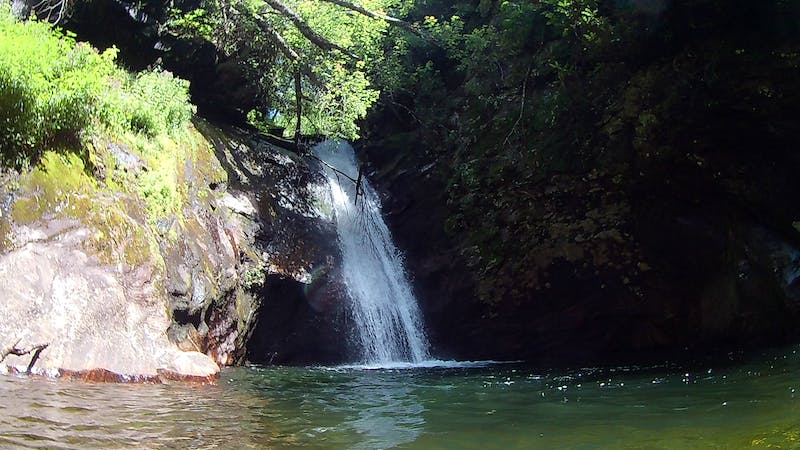 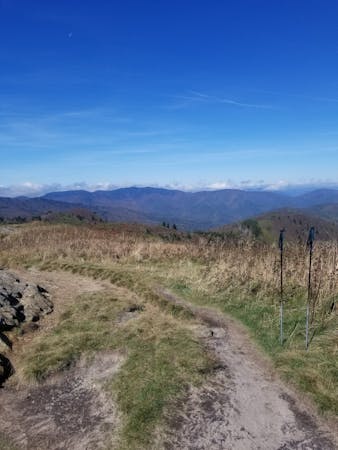 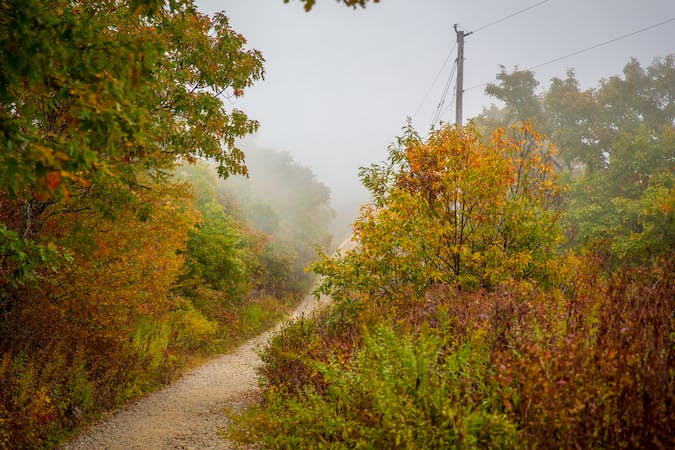 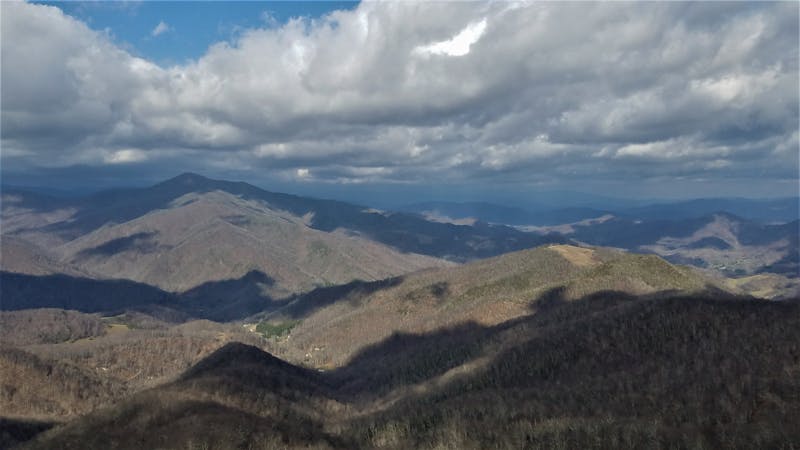 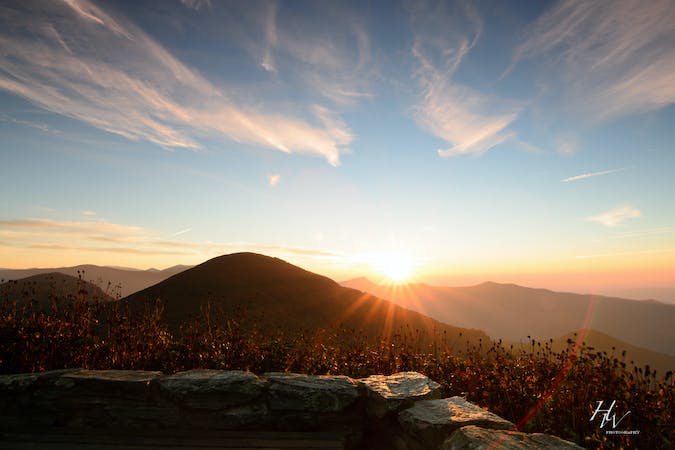 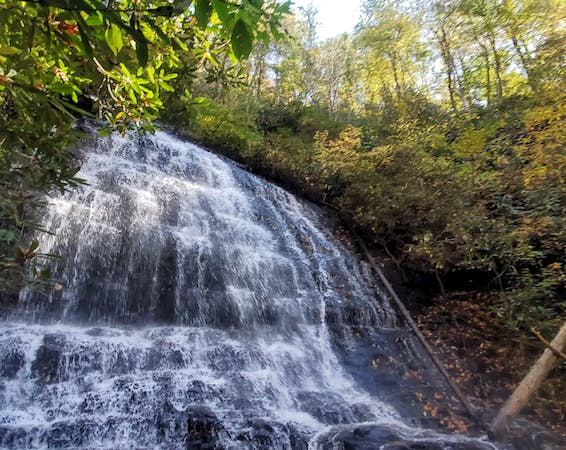