A epic undertaking to the summit of Emory Peak, the tallest peak in the Chisos Mountains.

This loop is one of the most epic undertakings in Big Bend National Park, second only to the multi-day Outer Mountain Loop. The circuit can be completed in a single day by an experienced hiker, but there are plenty of options to turn it into an overnight trip with the appropriate backcountry permits.

The main highlight of this route is the summit of Emory Peak, one of the highest peaks in Texas and the highest peak in the Chisos Mountains. Leaving the main loop, there is a one-mile spur to the summit with plenty of views to be found along the way. "The last quarter mile or so climbs steeply, and the last 25 feet require a scramble up an exposed rock face, but the 360° view from Emory Peak, the highest point in the park, is superb," the park proclaims. The antenna equipment found at the summit is a functioning part of the park's radio communications system, so please do not disturb them.

Starting at the main parking area in Chisos Basin, the route begins with a short section to the junction of Pinnacles Trail and Laguna Meadows Trail. The loop is equally rewarding in either direction, though camping options are more predominant along Pinnacles. There is plenty of parking in the area, or you could even begin from the adjacent Chisos Basin Campground.

In addition to the nearly 1,200 species of plants found in the park, the Chisos Mountains are also home to plenty of wildlife. According to the NPS, "it is not uncommon to see tracks and scat of black bear, mountain lion, and gray fox along the Chisos Mountains trails... plus white-tailed deer, rock squirrels, whiptail lizards," and plenty more species that thrive in the harsh ecosystem. 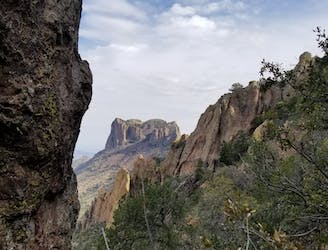 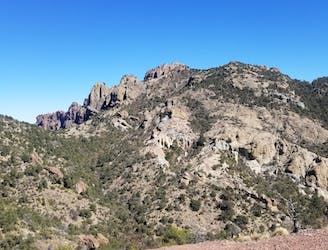 A popular hike in Big Bend National Park with endless views of the Chisos Mountains. 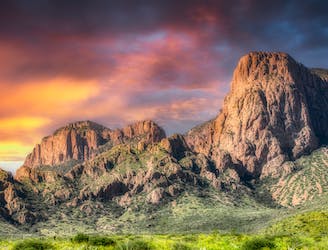 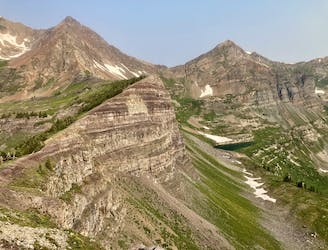