Three Way Peak is thus named as it drains into three separate basins. The SE flank that drains into Silver Basin offers numerous lines. This area is not controlled for avalanches and is true backcountry. Approach from Three Way Notch, traversing under the peak as described in the approach for Joe's Badass Shoulder. Take the same skin track to the ridge, but head NW to the summit of Three Way Peak. Watch for cornices. The ridge holds snow longer due to its relatively mellow angle, thus making this a ripe slope for a big avalanche when the conditions are right. Use the proper equipment and always ride or ski with a partner. Once at the summit, choose from a variety of short chutes and gullies that return you to the bottom of the skin track. Depending on snow depth, some of the chutes cliff out, so check your line on the way up. The ledge at the bottom of the run is locally known as the Party Knoll and makes for a great place to reapply the skins for another lap. 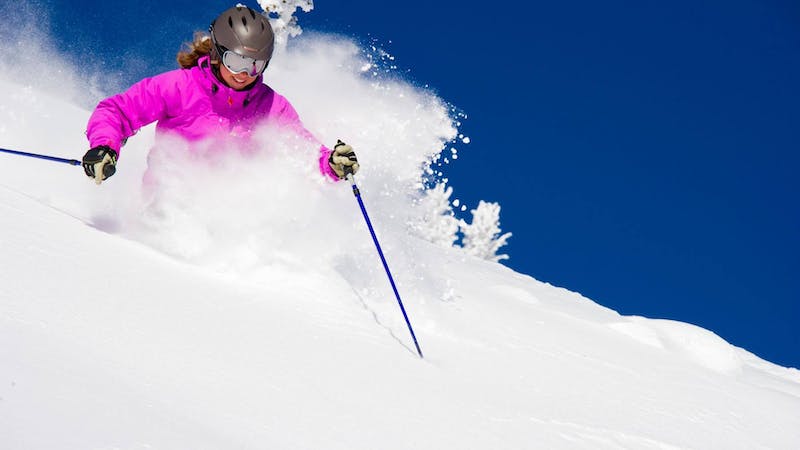