Go Deep into the Northwoods in Voyageurs National Park

In this land of lakes and woods seemingly lost in time, you can travel by foot and canoe much like the Voyageurs did centuries ago.

Voyageurs National Park of Minnesota is a labyrinth of land and lakes, deep in the vast northwoods along the US-Canada border. It’s a place of exceptional biodiversity and rich history. Here, deciduous forests of the south transition to the great boreal forest of the north, and where creatures of both habitats intermingle within an enclave of wilderness.

The place remains so inaccessible partly due to its topography, which is surprisingly rugged for the Upper Midwest. The geology is notable for 2.8 billion year-old bedrock, more recently scoured by glaciers of the Ice Age. That’s left a region riddled with rocky ridges and marshy valleys, and overgrown with dense and wet forests. It’s a formidable landscape to traverse on foot, but intrepid travelers of the past made use of the bountiful waterways, piloting canoes through the untracked wilderness.

Native Americans were the first, and traces of their culture can be found in pictographs and other archaeological sites in the park. Then came the fur traders, legendary among European Americans for their tireless expeditions into the frontier. Called the Voyageurs, it is these French Canadian pioneers for whom the present park is named.

After the Voyageurs, few people attempted to settle this tough terrain. It remains so untamed that rare wildlife driven away from civilization can still thrive here. Beavers are abundant, and more elusive mammals like otters, fishers, and martens exist as well. Deer and moose roam the forest, but with a natural fear of predators that still dominate. Gray wolves, long hunted out of most of the United States, survive in multiple packs around Voyageurs National Park. They are rarely seen, but are often heard howling across the water at dusk.

The allure of the national park is that it’s both a refuge for wildlife and a retreat for people seeking a retreat. Voyageurs is best known for water and winter activities. All kinds of boats either motor or paddle the larger lakes in summer for fishing, swimming, and lakeside camping. Snowmobiles and cross-country skis rule in winter when the lakes freeze over. Though not as well recognized for hiking, Voyageurs does have plenty of trails for year-round use. The main visitor areas have scenic walks and nature trails, plus some longer forays into the forest. But it’s the backcountry trails and lakes, reached only by a long walk or paddle, where you can experience an environment nearly as wild as that of the original Voyageurs.

That is the focus of this guidebook––the backcountry routes far from any pavement and shielded from motor noises by miles of primordial forest. Some of these trails begin from roadside trailheads, but others begin at points on roadless shorelines that can only be reached by boat. There are even trails that go overland to interior lakes and continue across them, requiring the use of a stashed backcountry canoes. A variety of routes are included here, covering many possibilities for day or multi-day trips. Note that all campsites within the national park require crossing at least one lake to reach. The road-accessed hiking trails do not allow places to camp.

Backcountry camping, therefore, requires a permit from the national park plus special preparation for getting to the trailhead. And whether crossing the water or not, trips of any duration necessitate planning for the challenges of the northwoods. Most backcountry trips take place in the summer and fall—once the snow is melted and muddy trails begin to dry out. Though the park remains accessible all year, certain roads and services shut down until mid or late May. After that begins the summer season, when heat, humidity, and rain showers dominate the weather. Bug protection is a must due to incessant mosquitoes and blackflies in some areas. Early fall is perhaps the best time for hiking. By mid-September, the heat and the bugs are gone. The rain becomes less frequent, and the forest turns brilliant colors—but with that comes the cold, and freezing nights set in by late September. No matter the time of year, hikers should be prepared for a variety of conditions, rugged trails, and self-sufficiency in the lightly traveled backcountry of this unique national park. 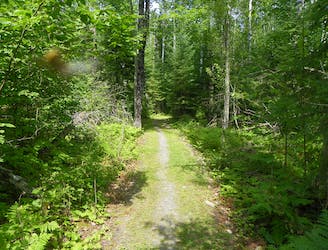 A stroll through the woods to overlooks and points along the lakeshore, with gentle hills and rocky sections for more variety. 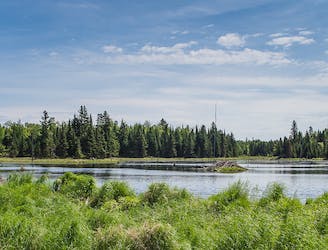 Paddle or motor across Kabetogama Lake, then find this remote trail leading to a smaller lake hidden in the forest. 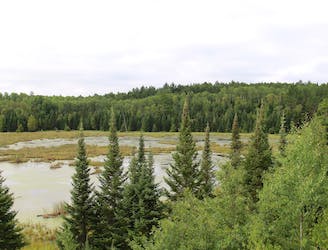 A long walk through the remote backcountry of Voyageurs, with huge trees and abundant wildlife in seemingly endless woods. 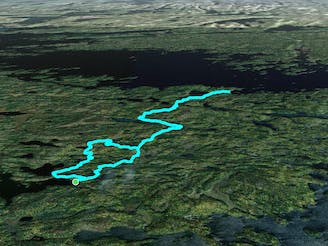 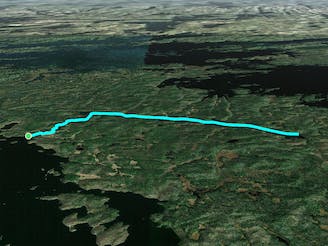 Hiking and canoeing route deep in the Voyageurs backcountry, with lakeside campsites that guarantee solitude.