Best done as a return from Corvara using the lift system, this is a brilliant journey through the Sella Massif.

Start by riding the lift system up to Sasso Pordoi. Ski down north-east to a col and then climb Piz Boè via its south ridge. The ascent involves some easy scrambling and you'll almost certainly need to wear crampons for the climb, but it's simple enough. The Piz Boë is the highest point in the Sella Massif, and as such it's a sought after summit which enjoys one of the finest views in the entire Dolomites.

Having soaked in the view, carry on past the summit for 80 metres to find a big couloir on the right. Ski down this wide, fun and 40 degree line to access undulating terrain.

Ski the open terrain below, always bearing in mind that you need to locate the one place where you can ski down. The couloir in question is called Risa dei Pigolerz, goes beneath Le Ponte peak and would be even better if it was longer!

Swing left and traverse simply under the cliffs, heading towards the top station of the Vallon chairlift. Pass it on your right via some undulating terrain and then drop into a bowl and head to the foot of an easy ridge. Hike up the ridge with skis on your back onto the Piz da Lech ridge. Drop leftwards into a 2 metre wide couloir (the entrance might need to rappel if there's a cornice, hence us listing a rope as necessary for this line) which leads to a wider, 200m long couloir. It's between cliffs and there's only 1 route - you can't miss it!

Ski the couloir (which is great fun!) and at the foot of the it drift across rolling terrain to find a flat step on a ridge which is home to some mountain goats. The flat spot is known as Plan di Ciamurch. Like above, there's a narrow entrance (which can be tricky) to a couloir, which in turns leads to a big bowl. Ski down this and into the wide valley below, which is home to some perfect ski terrain. Stay right, following the valley down to a track. Vaguely follow the track down to the valley bottom and then pole along a XC track back to Corvara. 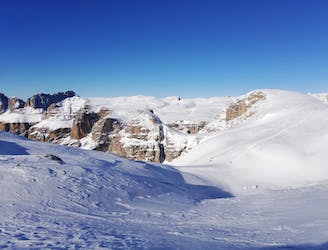 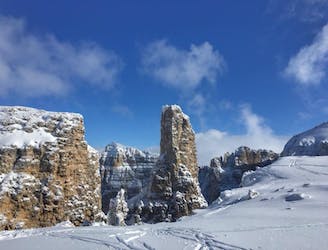 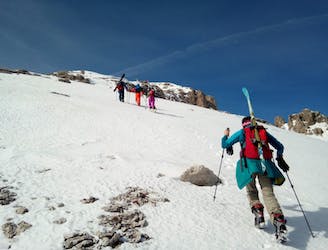 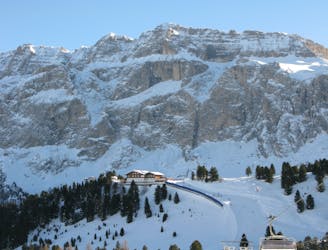 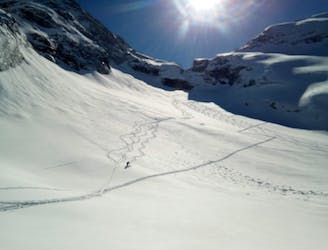 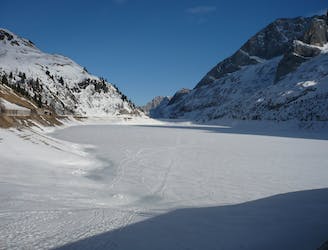 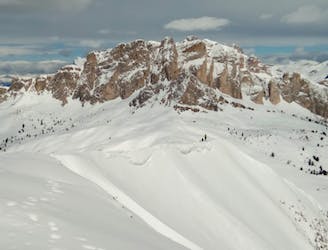 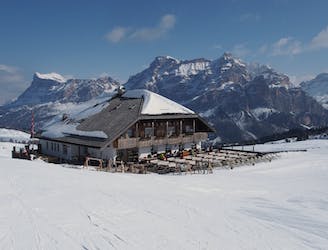 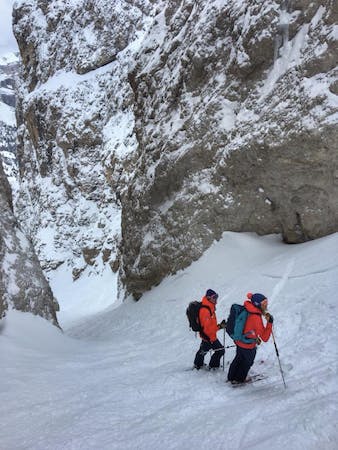 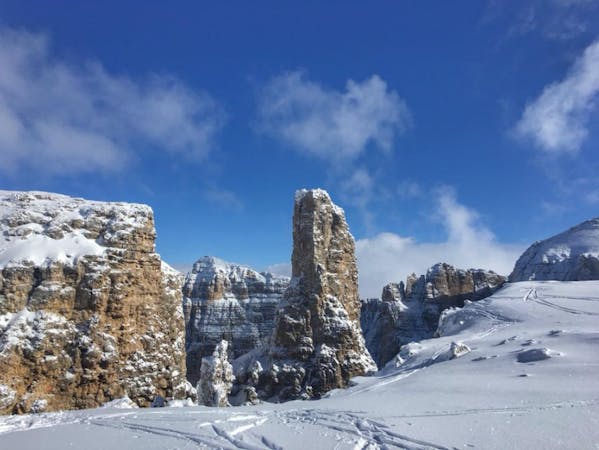 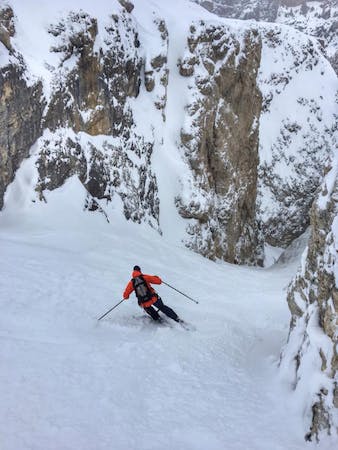 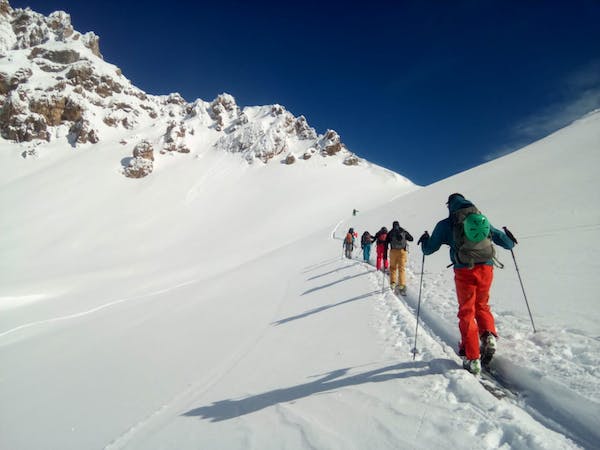 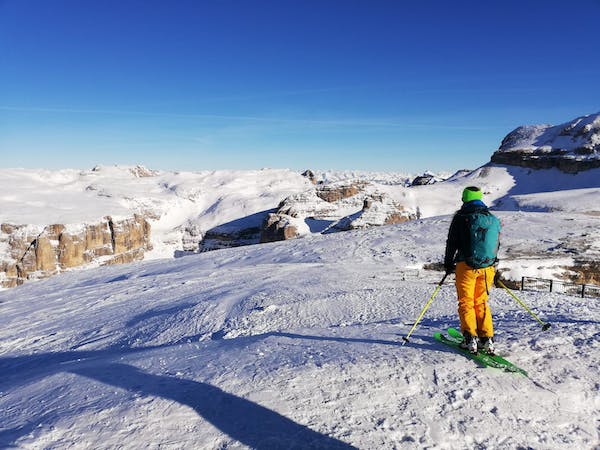