One of the most coveted backpacking routes or all-day trail runs in the Wind River Range.

Along with Cirque of the Towers, Titcomb Basin is one of the most coveted areas anywhere in the Winds. This backcountry route is best as a multi-day backpacking trip, though seasoned trail runners often make their way to the basin and back in a single day.

Loaded with stunning views and alpine tundra, this route "is also one of the two main approaches to Gannett Peak, the Wyoming highpoint and considered to be the fourth-hardest state highpoint after Denali (Alaska), Mt. Rainier (Washington), and Granite Peak (Montana)," according to SummitPost.org. Titcomb Basin also lies along the western edge of the Continental Divide, and can be accessed as a side trip from the Continental Divide Trail.

According to SummitPost.org, "Titcomb Basin houses four medium- to large-sized lakes (for alpine lakes) in a boulder-strewn tundra setting, and tall peaks, some rising more than 3000' above the lakes." Most sources recommend two days to reach the basin, which technically begins somewhere around 11 - 13 miles from the trailhead.

As mapped, this route continues to the furthest reaches of the basin, an option rarely chosen except by those continuing on to Gannett Peak. From the trailhead, the route follows these four trails to reach the basin: Pole Creek, Seneca Lake, Indian Pass, then Titcomb Basin. Some hikers choose Seneca Lake as a destination for a shorter hike. Additionally, some climbers use the basin as a staging area for other backcountry climbing and mountaineering routes ranking from Class 2 to Class 5 dependent on the peak. 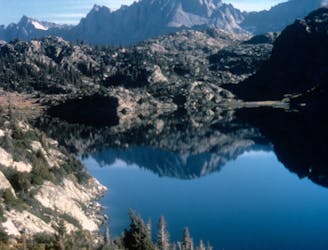 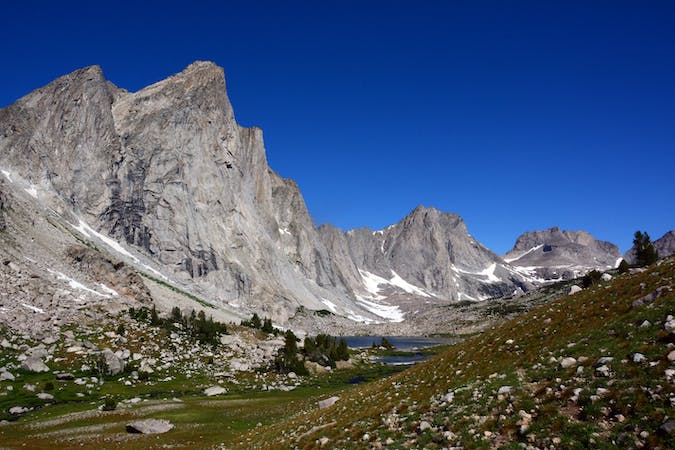 Hike the Winds: The Most Remote Mountains in the Lower 48