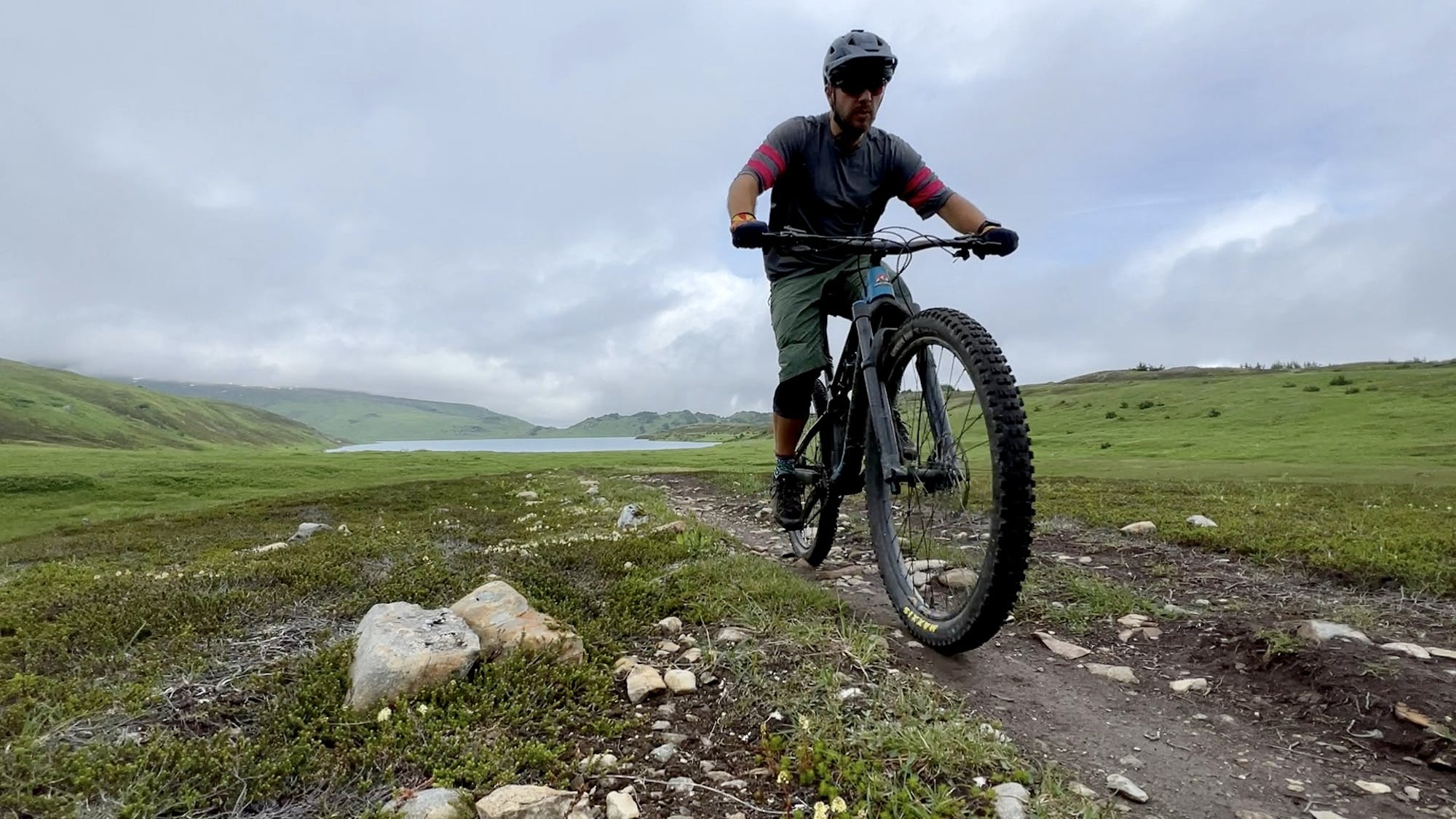 Explore the Kenai Peninsula—one of Alaska's most incredible outdoor destinations.

Alaska's Kenai Peninsula is over 90% wilderness and is home to majestic mountain ranges, crystal-clear lakes, beautiful fjords, and formidable glaciers. This surreal landscape is what most people are thinking of when they say "Alaska." Combine the towering mountains and gorgeous wilderness with the ease of access from Anchorage—Alaska's largest city—and the Kenai is one of the most popular outdoor destinations in this monstrous state.

While other parts of Alaska have surprisingly few mountain bike trails, the consistent trail traffic on the Kenai helps keep the singletrack open and accessible. As a result, the peninsula is riddled with epic backcountry singletrack rides!

Most of these rides follow old mining trails and are best done as out-and-backs or point-to-point epics. A rare few can be turned into loops, but sometimes the "loop" option is also an all-day epic. Don't expect to find modern mountain bike trail systems here—this is burly, remote, full-commitment backcountry riding.

When you head out into the backcountry, be prepared to be entirely self-sufficient. Bring plenty of water, food, warm layers, definitely a rain jacket, tools, spare parts, and bear spray. The Kenai Peninsula is thick with bears and other wild Alaskan inhabitants, so always be bear (and moose) aware as you ride.

If you're willing to brave the Alaskan wilderness, you'll be richly rewarded with an otherworldly adventure! Ragged peaks rise above all the trails, their summits permanently capped in snow. Crystal-clear lakes dot the landscape along with babbling brooks and rushing rivers. In mid-summer, brilliant wildflowers cover the tundra, adding splashes of color to the rainforest's green. The Kenai Peninsula is truly a sight to behold!

Note: Most of the trails on the Kenai normally melt out sometime in June, and the mountain biking is best from late June into early July. However, as July wears on into August, the vegetation gets thick, with towering grasses and flowers leaning into the trails, turning many of these routes into veritable jungles. From August until the frost begins to kill off the undergrowth, some of the trails—such as Johnson Pass—become almost unrideable from the thick undergrowth. So if you truly want to ride this epic destination, it's best to visit in early July or late September after the frost has beaten back the bush. 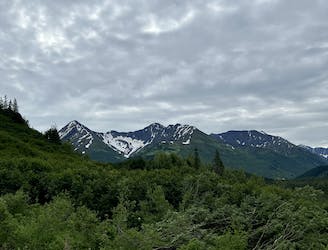 An IMBA Epic backcountry trail deep in the Alaskan wilderness. 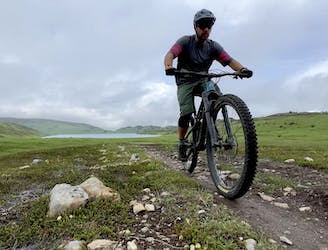 One of the most rewarding MTB rides on the Kenai Peninsula. 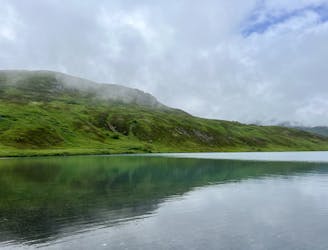 An epic-length loop on some of Alaska's most famous singletrack. 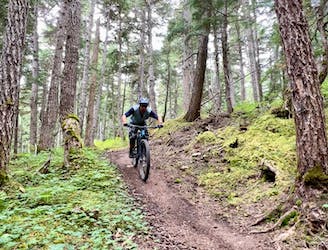 A fantastic lollipop ride anchored by the INHT. 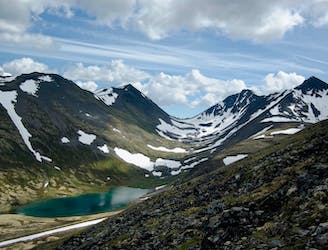 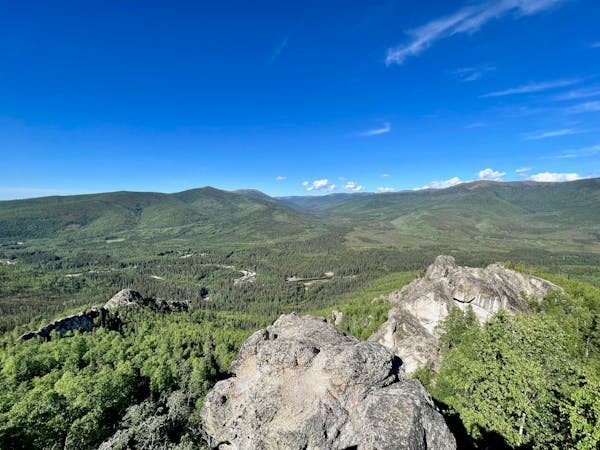 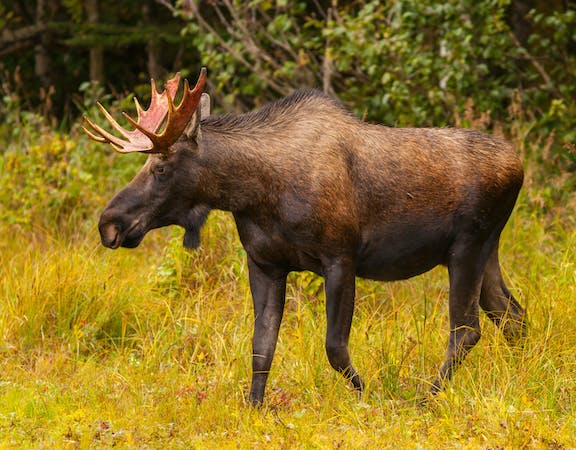 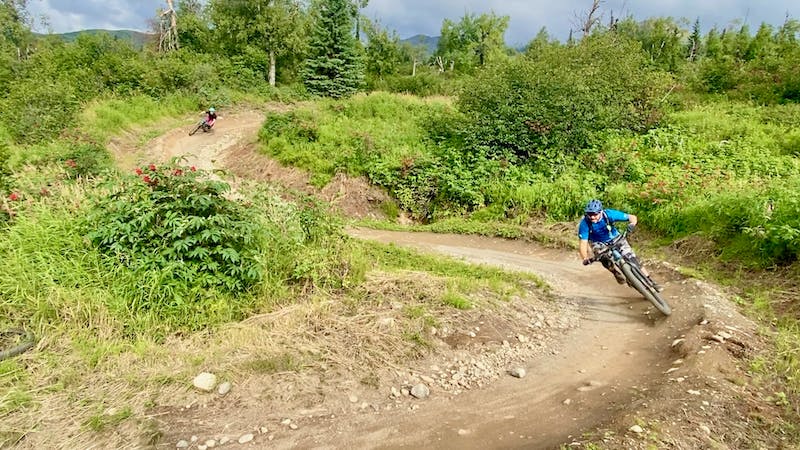