Short route with steep parts and cliffs underneath the 8er Jet gondola.

When you are on the 8er Jet lift you can have a great look down to the face you'll be skiing. It's a route with moderate difficulty, which has steep parts with some rocks in it. Exit the 8er Jet at the top to the left and follow the piste number 10. Go past the natural half pipe canyon which is a good tip for a fun run in the afternoon. Follow the slope for 400 metres and ski onto the slope on the left, before the safety barrier appears. You end up after 10 metres on a ski track, going in a westerly direction. Drop into the hill directly here, a big cliff with single trees on the right is a good point for orientation, go around the cliff and you'll end up with a 400 metres long slope right in front of you. It's perfect to pick your own line here, there are a few rocks spread over the hill but they are really nice and easy to jump over. Ski down in the direction of the small trees in front of you and don't go too far to the right, because of some hidden rocks under the snow, where skiing is not possible. After 400 metres there is a track appearing, keep an eye on that, otherwise you may drop into the flats, which could be annoying. The nearer you come to the bottom, the bumpier the hill gets, you need to ski over 2 more tracks, but it's fun to jump from one slope to another here in between the small trees. Afterwards you will end up at piste number 14, here you can go back to the 8er Jet again, or do some runs at the Pfaffenbühel T-bar. This route is a good for days with bad weather conditions or high avalanche danger on east facing slopes. 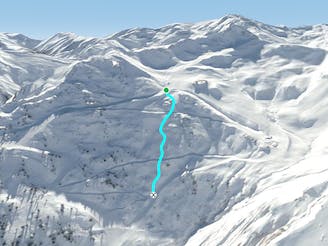 Nice route under the 8er Jet, OK in bad conditions 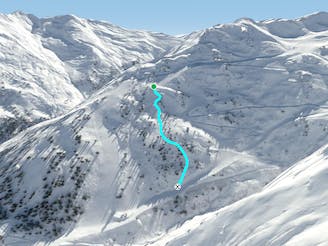 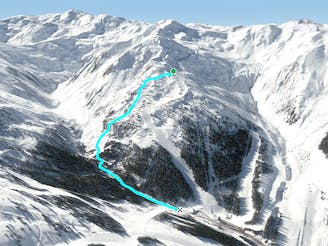 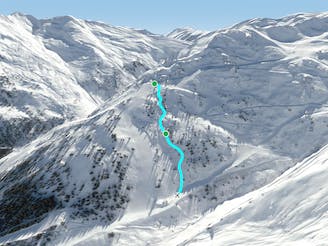 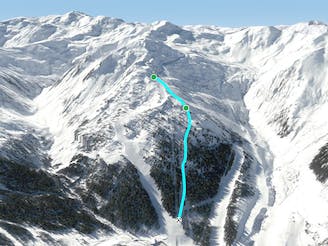 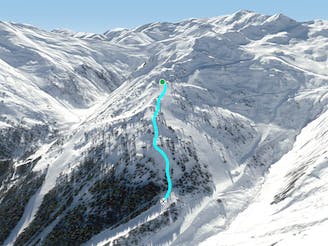 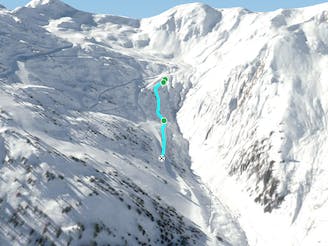 Short and steep section with trees and woods, fun in bad weather. 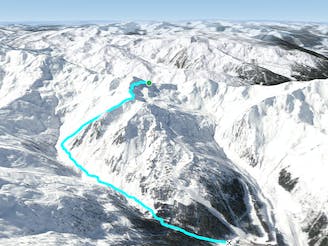 Beautiful route with a long descent and a breathtaking panorama 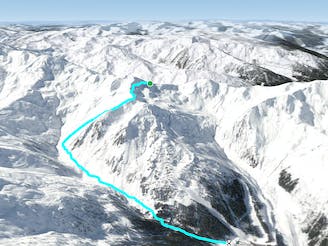 Beautiful easy route with a long descent and a breathtaking panorama 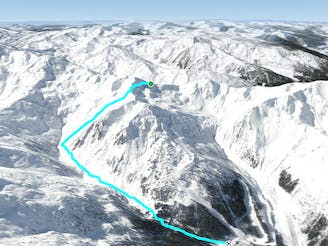 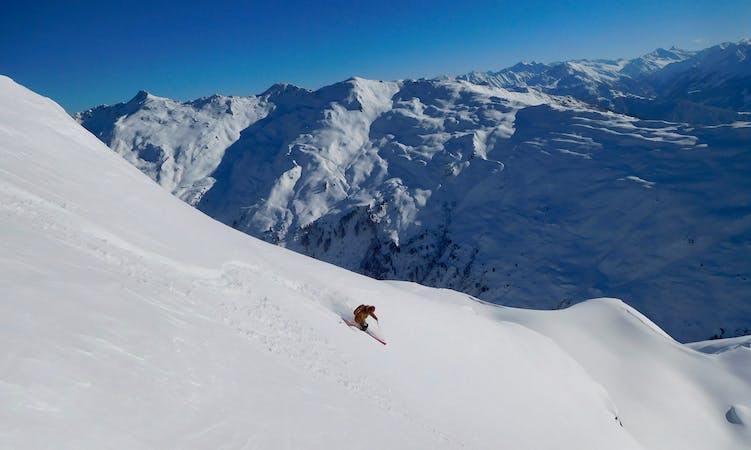 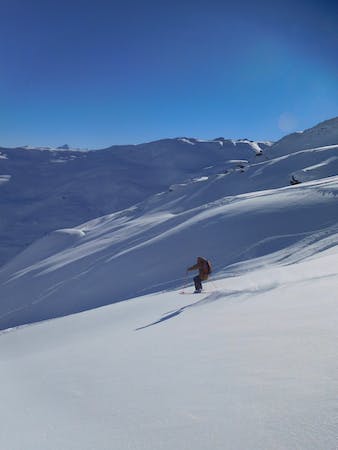 The Top 10 Freeride Lines in the Zillertal