The Kitzbüler Horn is a wild and beautiful mountain in Kitzbühel. It is less famous, less built up, and far less crowded than Kitzbühel’s other mountain, the Hahnenkamm, which attracts tourists because of its downhill ski race, the Streif. The Kitzbühler Horn is comparatively untouched and empty. It is also wildly beautiful. Colourful alpine flowers blanket meadows, cows roam, marmots whistle, and you can see far across the Kitzbühel Alps and beyond.

This is a strenuous trail run beginning at the bottom station of the Hornbahn 1. The trail leads you first through a couple of fields before climbing steeper through a forest. When you come out the other side of the forest, you will reach the Adlerhütte.

From Adlerhütte you continue to climb up past the Wilder Hag (1639m) just before making a left in the direction of the top station of the Hornbahn 2. It’s then a steep ascent through a couple of switchbacks to the summit of the Kitzbühlerhorn (1996m). After you have taken in the fantastic views, either head back the way you came, or ride the Hornbahn all the way back to Kitzbühel. 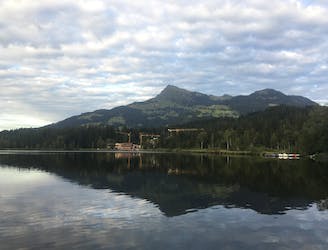 A fantastic loop tour of Kitzbühel Valley highlights, including the hills behind the beautiful Schwarzsee. 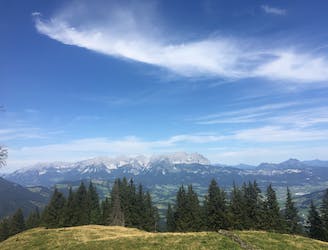 Run up the famous downhill ski track on the Hahnenkamm. 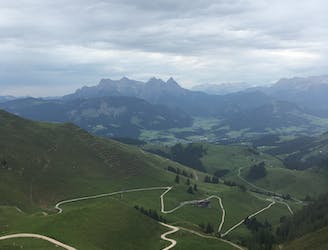 A relatively short and easy high altitude run on the beautiful Kitzbühler Horn. 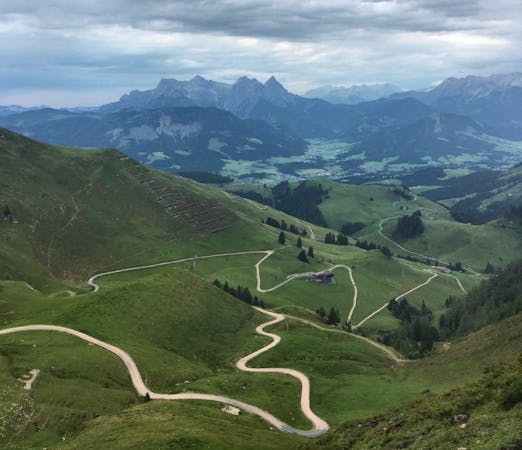