A classic steep colour, for expert skiers only and with tricky route-finding

A classic couloir; steep, straight and narrow, facing south-west. In addition to the technical difficulties of the couloir itself, the approach is complex, through serious terrain and requires good route-finding skills. From the Dôme des Petites Rousses follow the Les Perrins North route until the steep traverse above the Perrins bowl. Instead of turning right into the bowl, pop over the ridge on your left to gain the Plateau de La Plate. Keep right below the rocks, until the couloir starts to appear at the far right of the plateau, with a short rock-face bounding it on the right. Ski the couloir direct, and from the exit slopes cross flattish ground to reach the Les Rousses piste. 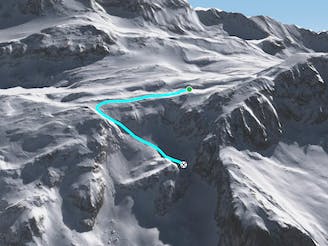 A slightly easier entry to the Perrins bowl, via a lovely short couloir, but still through serious terrain 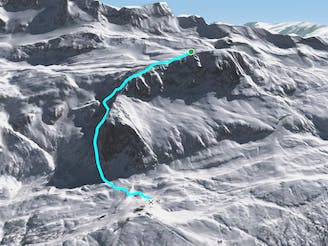 A fine but tricky route in serious terrain 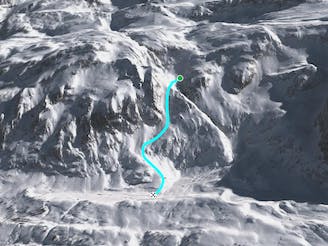 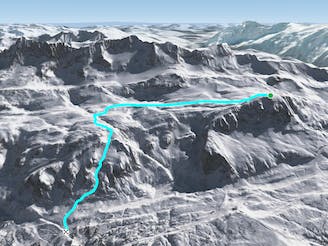 A fantastic off piste adventure, in serious terrain 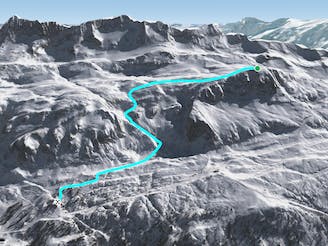 A great off-piste adventure, but in serious terrain 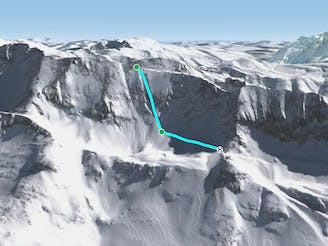 One of the hardest off-pistes in Alpe d'Huez 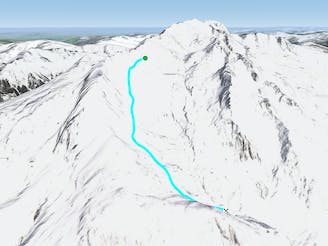 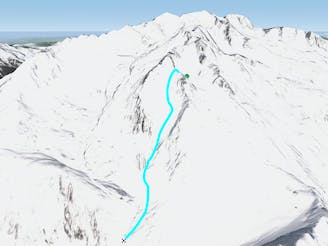 A very nice off-piste with a 15 min walk up a steep section. 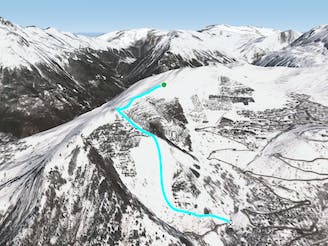 A beautiful, sunny route away from the crowds, but be aware of the avalanche risk. 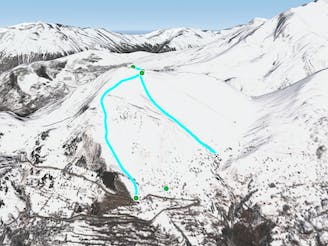 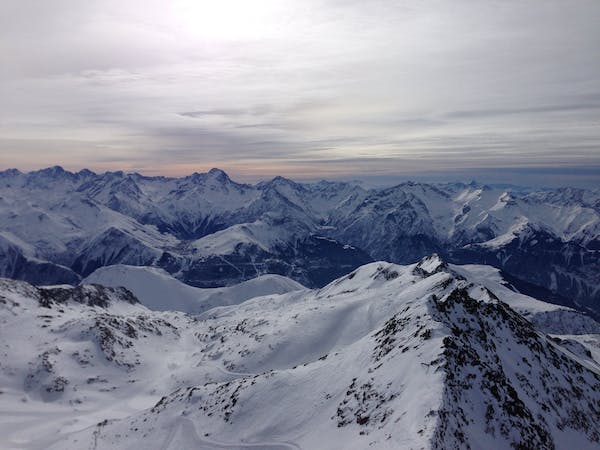