Find solitary canyon views on this trail near the famous Point Imperial.

Point Imperial is the high point of the Grand Canyon—no other spot on the rim is located at a greater elevation above sea level. The view is especially impressive not only for its elevated perspective but also for the canyon features it overlooks. Mount Hayden is the most obvious: it’s a narrow pinnacle of sandstone emerging from a ridgeline dead ahead. The background of more distant rock towers is so dense that the river in the bottom of the canyon is hidden from view.

Across the great gorge lies the South Rim, much lower than the North, so you can see the flat expanse of the Painted Desert stretching away to the horizon. All this is only from the roadside overlook at Point Imperial. For more, hike the Point Imperial Trail.

The trail departs from the parking lot opposite the overlook and heads into tall pines. The forest is thin here because of a wildfire in 2000, but dense stands of young aspen are proof that it’s regenerating.

Wander through the aspen to eventually emerge at another view, Woolsey Point. Though not as dramatic as Point Imperial, it’s a unique perspective of the canyon that far fewer people see. You’ll notice the cliffs of Saddle Mountain resting on the rim of the canyon to the north. Point Imperial Trail ends near that mountain, at the beginning of Nankoweap Trail, where a dirt road reaches the rim. This makes a good turnaround point unless you are on a multi-day backpacking trip into the canyon. 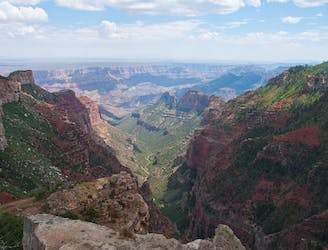 A bold descent among cliffs of the Grand Canyon, followed by a long traverse along the Colorado River in the bottom. 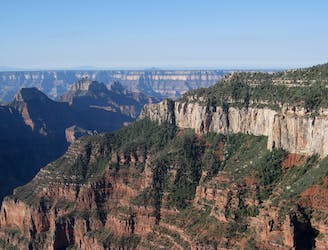 Rolling hills and colorful forest lead to an airy overlook on the canyon rim. 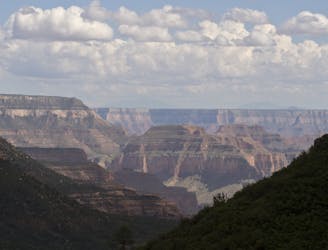 Journey back to the bottom of the Grand Canyon and out again, bushwhacking and canyoneering much of the way. 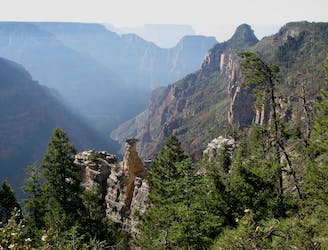 Lesser-traveled trail with canyon views, big trees, and a chance at spotting wildlife. 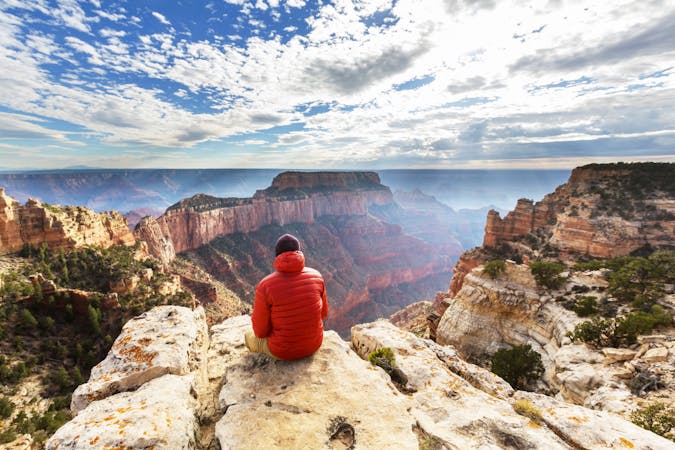 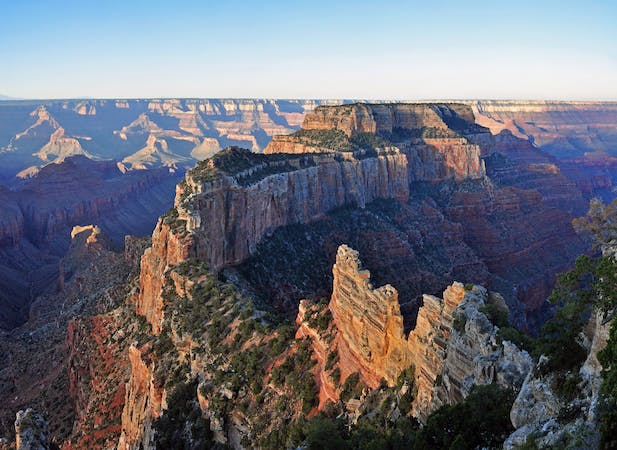 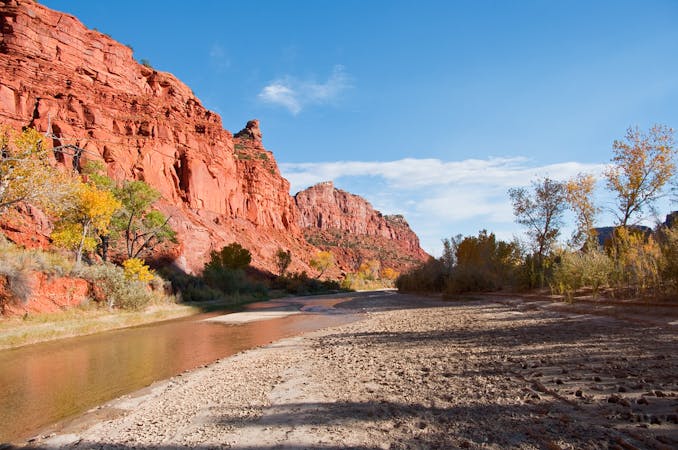