From the Torino Hut descend slightly to the Col du Géant, then rise up gently initially passing the Aiguilles Marbrées to their left. Continue up snow slopes to steeper slopes which then become mixed. In early season this steep slope is pleasant mixed ground with odd rocky steps. Later on it becomes loose scree and scrambling with rockfall danger from other parties. Various lines exist on the upper section of this slope with occasional cairns and crampon scratches as waymarkers. After 2- 2 ½ hours you reach the foot of the Dent itself at the “Salle a Manger”.

You have the option of leaving sacks but may want to leave crampons/axe on ledges at the foot of the SW arete. Don't do this if you aren't confident about returning to them from the foot of the rap line- this is in a different place. From the ledge traverse round left to bolt belays (3+). Go up the groove above (2+) to a large platform above. No route finding difficulties will be found from here on as it is equipped with enormous fixed ropes, similar to those found on the Matterhorn. Initially these are low angled up the Burgener slabs, then they head up to the R before steep and strenuous yarding up the final steepening to the W summit. The notch lies beyond and the E summit the far side of it. 2 hours from the Salle a Manger but much longer if it is overcrowded.

This summit is probably the best lightning conductor in the Alps so avoid at all costs with even the faintest forecast/signs of storms/lightning. Even in a completely cloudless blue sky cumulonimbus clouds can develop with alarming speed if there is sufficient heat and humidity. The descent is equipped for multiple 25m raps and starts from the notch between the 2 summits. 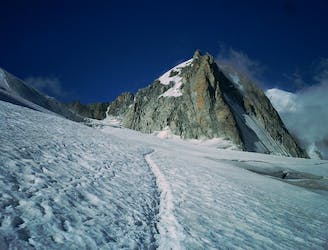 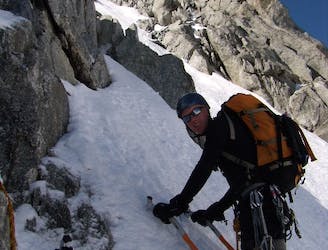 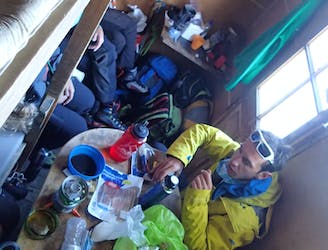 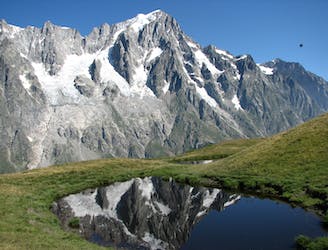 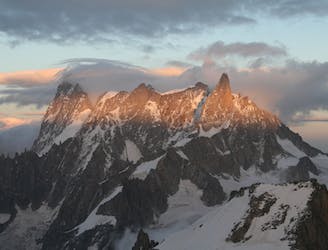 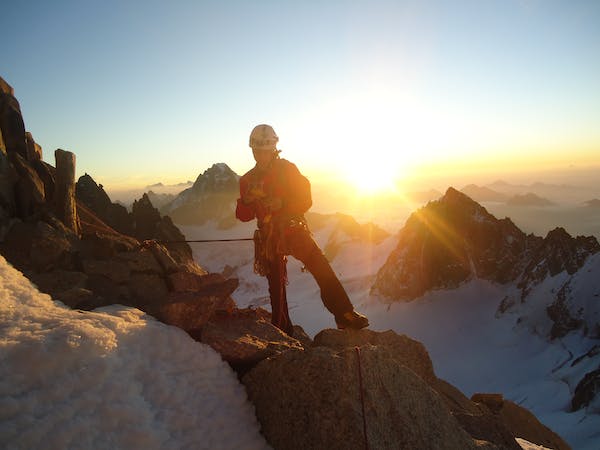 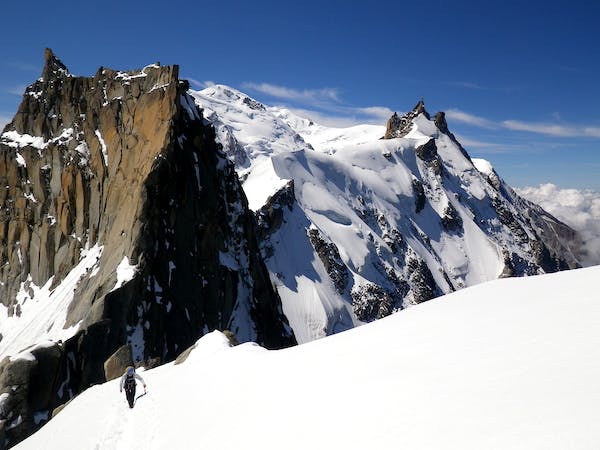 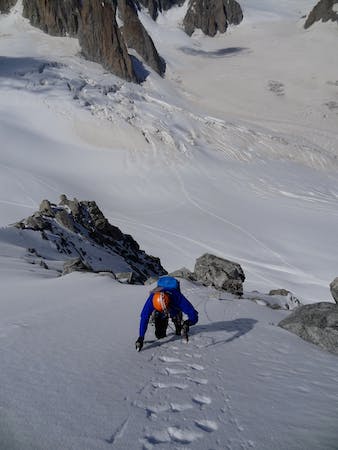 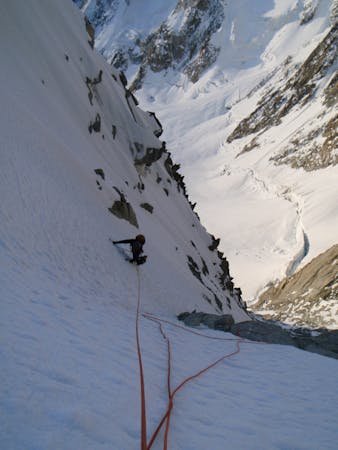 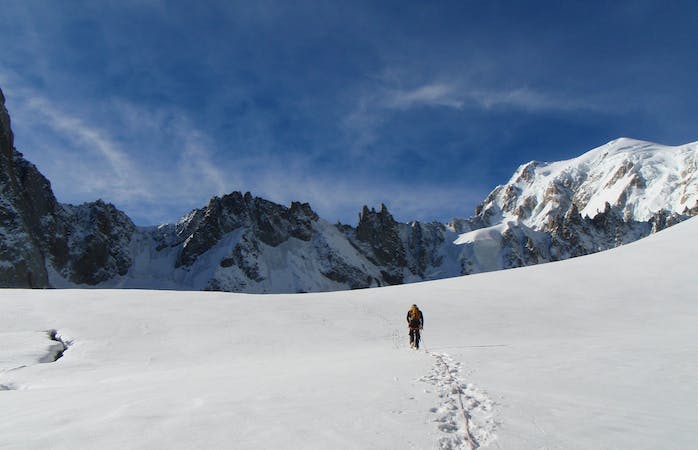