Many people approach these two peaks from the Finsteraarhorn Hut, separately described. This is technically easier, but much longer, requiring an extra day of approach. Our route can be descended to the valley via the Jungfraujoch railway. Avoid the temptation to do it as a day trip from the valley, as you will be too late to get the steep slopes to the Fieschersattel in good condition. Equally a popular and elegant alternative is to climb the peak in the way described, then descend the glacier to the Finsteraarhorn Hut. This also avoids descending the steeper slopes later in the day, that you had climbed up. Whichever you choose this is only an itinerary for those who acclimatise well, as a night in the Mönchsjoch Hut will leave others with an altitude headache, making the itinerary much less enjoyable.

Descend the Ewigschneefeld easily in the direction of the peak. Don’t go below 3300m, aiming towards the L side of the main glacier, passing beneath the large spur that comes down from the summit of the Gross Fiescherhorn. Once beyond this angle up the side glacier that drops down from and head up to the Fieschersattel. You may join other tracks that have come directly from the Konkordia Hut. From the col turn L and ascend the mixed ridge to the Gross Fiescherhorn. This has one tricky part at the bottom, which you can rappel in descent. In the other direction the Hinter Fiescherhorn is mainly climbed on snow to the side of the ridge, with little difficulty. The views in all directions are very fine, especially from the Gross Fiescherhorn as it drops away very steeply to the N. Reverse your route of ascent or descend to the Finsteraarhorn Hut, as described above. 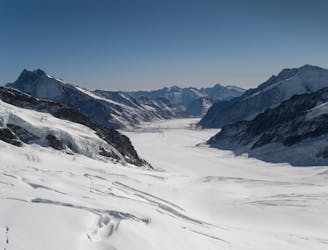 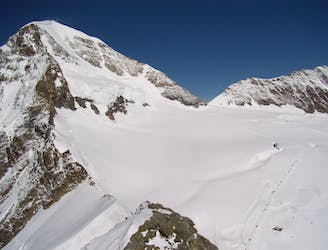 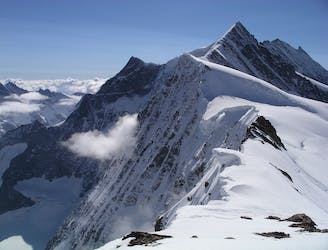 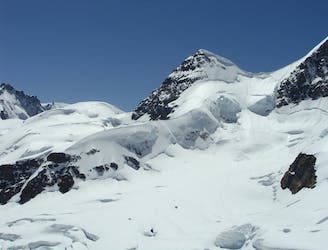 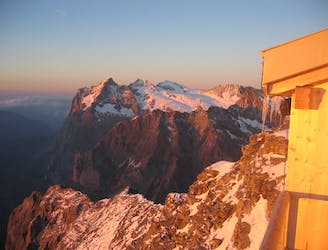 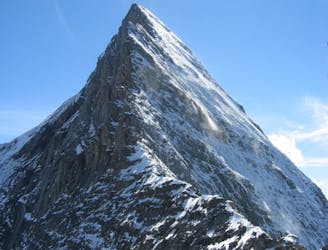 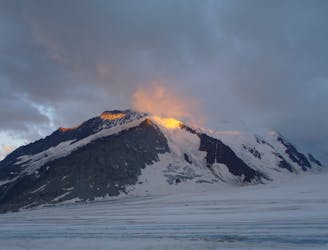 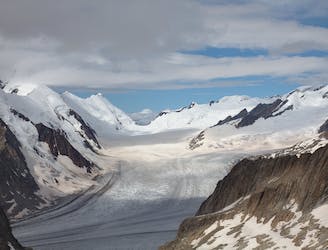 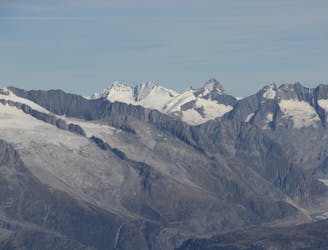 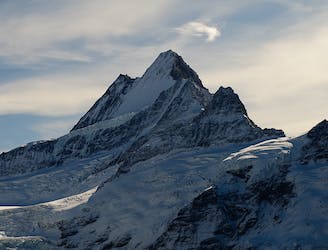 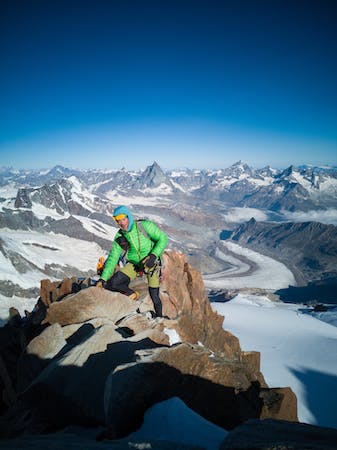 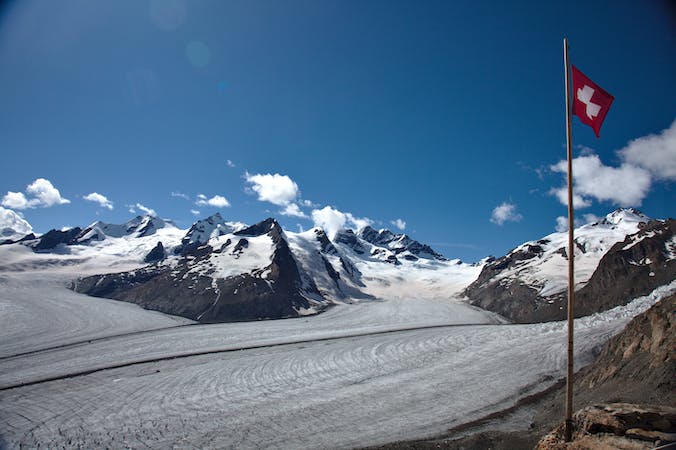 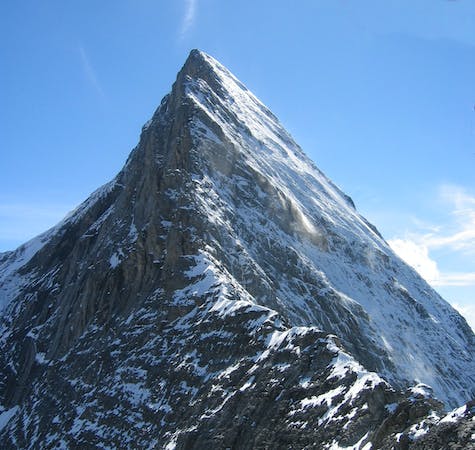 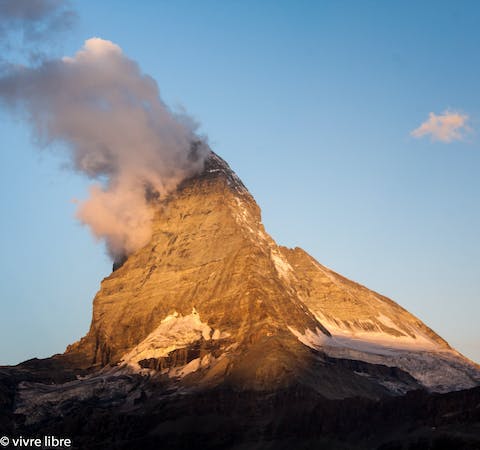 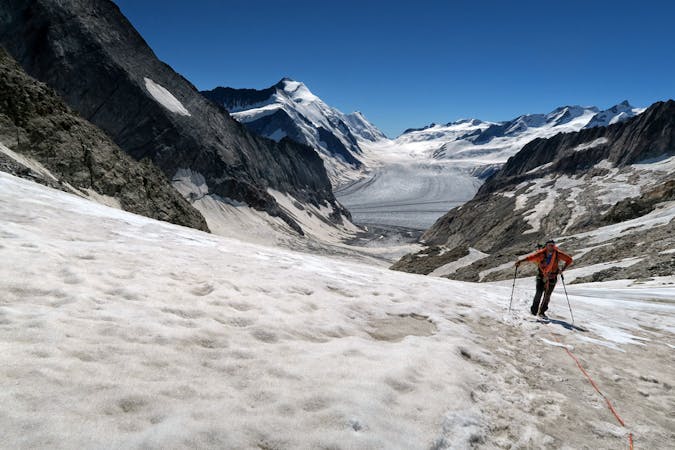 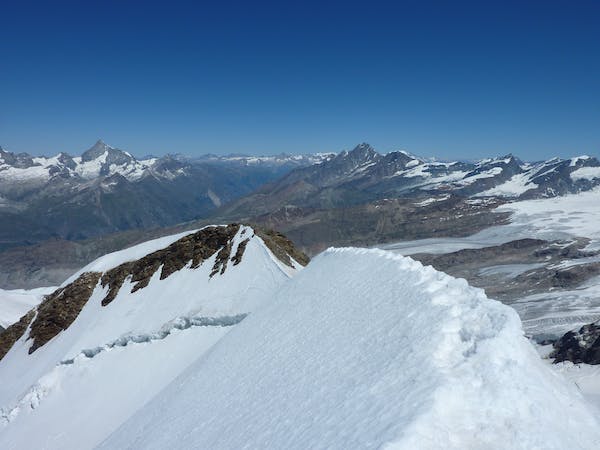 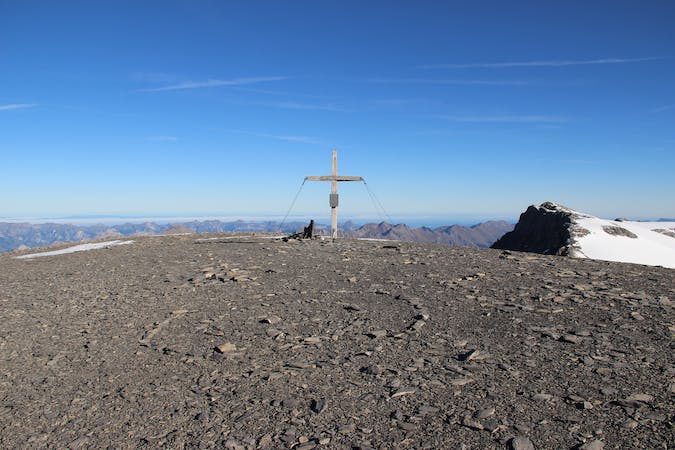